Ariana Grande has broken her silence on Pete Davidson, before stepping away from social media entirely.

Per E! News and People, Grande referenced her breakup for the first time in a since-deleted Instagram Stories post, telling fans that the internet has become too much to bear as she recovers.

"Ok today was v special and I'm so grateful I was able to be there," she wrote, referring to her upcoming appearance on NBC's A Very Wicked Halloween: Celebrating 15 Years on Broadway. 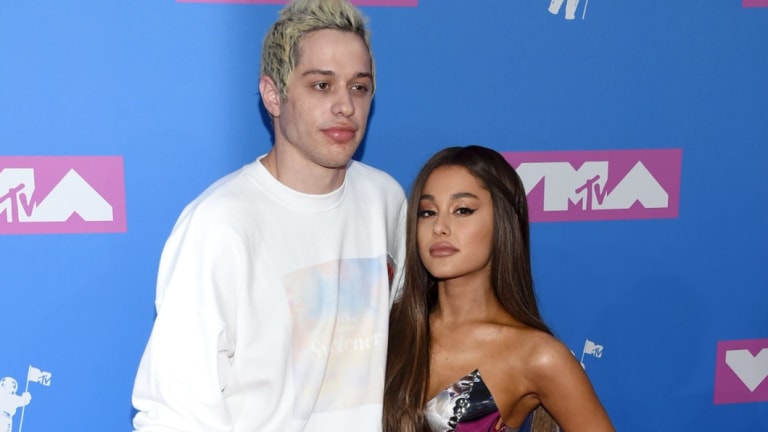 "Time to say bye bye to the internet for just a lil bit," she continued. "It's hard not to bump news n stuff that i'm not tryna to see rn. It's very sad and we're all tryin very hard to keep goin. Love u. And thank u for bein here always."

On Tuesday, just two days after reportedly calling off her engagement to Pete Davidson, the God Is a Woman singer also took to Instagram Stories to address her mental state.

"Can't believe I almost let my anxiety ruin this for me today!" Grande captioned a selfie showing off her green lipstick, a likely nod to her Wicked appearance.

"Not today Satan! Not tomorrow or the next day either not no more u can suck my big green (expletive)," she added. "Finna sing my heart out and be a big walking vessel of love bye."

Grande is scheduled to perform on the Wicked tribute show on October 29, along with Kristin Chenoweth and Idina Menzel (the original Glinda and Elphaba), Pentatonix and the musical's current Broadway company.

The 25-year-old No Tears Left to Cry singer, who has taken a break from performing since the unexpected death of her ex-boyfriend Mac Miller, revealed she's getting back to work following the news of her broken engagement to Davidson.

"Honored to be included in this celebration of 15 years of my favorite musical of all time," Grande captioned an Instagram post of her Wicked rehearsal script Monday. "Wouldn't miss it for the whole universe."

Grande has cancelled several gigs she was scheduled to perform following recent events.

She called off her appearance as the musical guest on the September 29 season premiere of Saturday Night Live for "emotional reasons," executive producer Lorne Michaels announced. Kanye West subbed for her, making an infamous appearance as a singing Perrier bottle and going on a pro-President Donald Trump rant at the show's conclusion.

"Given the events of the past couple of years, Ariana is going to take some much needed time to heal and mend," Grande's team told People in a statement before the show. "She will be staying close to home and using this period to spend time with her loved ones and work on new music without deadline. She thanks her fans for their understanding."

Before that, she sat out the Emmy Awards on September 17.

More recently, Grande was a no-show Saturday night at the first Barbara Berlanti Heroes Gala in Los Angeles, where she was scheduled to perform in what would have marked her first public appearance since Miller's death on September 7.