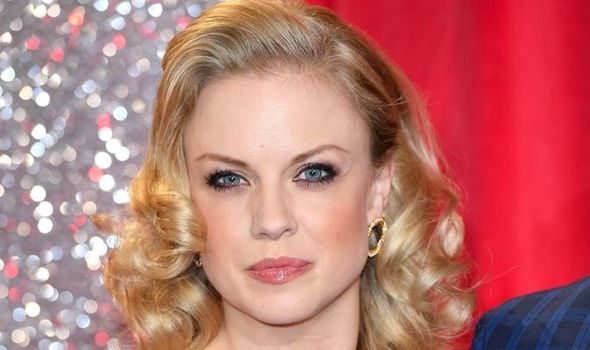 The ballroom professional, 38, was diagnosed with osteoarthritis in both knees in 2015, a year before she won the BBC One show with celebrity partner Ore Oduba.

And she has revealed the pain is now so bad that she can’t get out of her car without the aid of a device to grip on to.

Joanne, who joined Strictly in 2014, said she first suffered knee pain on the 2015 tour but continued performing – until one day she woke up unable to move “with a massive swollen knee”.

She said: “I was in tears wondering if I’d get through it, but I didn’t miss a show.”

The sister of fellow Strictly champion Kevin, she completed the tour while having regular physiotherapy and strapping her knees.

After a visit to a consultant and an MRI scan Joanne was told the cartilage in both her knees was being worn away and she would probably need a knee replacement in the future. She said: “I broke down in tears, as dance was then my whole life.”

In 2016, when she reached the Strictly final, the training with broadcaster Oduba put more pressure on her knees.

She said: “I was a bit silly – I put a great idea ahead of my own condition.

“I’d been told when I was diagnosed to avoid high-impact movements.We’d been practising jumping all week.

“By the Friday and Saturday I was really struggling. I look back on that dance now and think, ‘Oh, for the sake of my knees, why did I choreograph all that jumping?’

“After our last dance I could only hobble up to Claudia (Winkleman). But winning was a great feeling despite the pain.” She left Strictly after the final.

Joanne, who recently began touring as part of The Addams Family show, was the first member of her family to be crowned winner of Strictly.

Two years later Kevin joined her in lifting the coveted glitterball trophy after winning with presenter Stacey Dooley, who became his girlfriend.