Olivia Newton-John was simply a softly spoken Melbourne teenager until she made an appearance on a TV talent show that charmed Australia and set her on a path to showbiz superstardom.

The late Grease star – who died on Monday at home in Southern California, age 73 – was born in the UK and moved to Melbourne with her parents and siblings when she was six-years-old, in 1954.

With a strong academic and legal history in her family – in mathematics, physics and the judiciary – a career in music and acting was an unlikely path, but she was determined to make it. 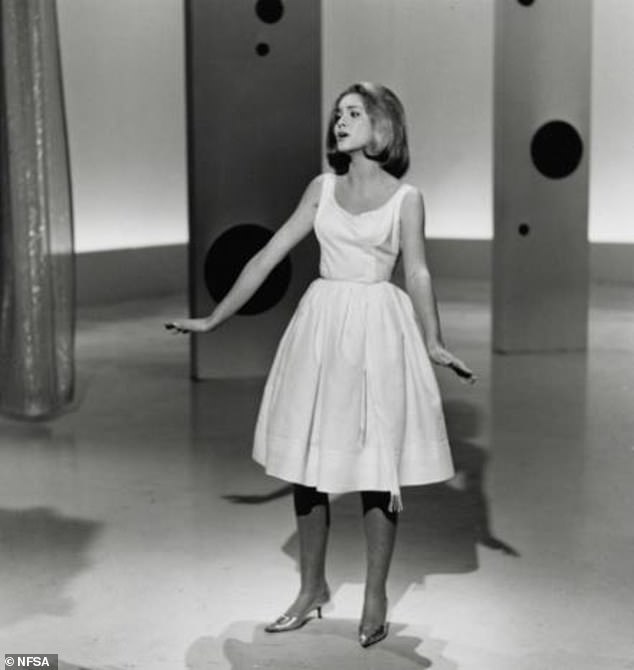 Newton-John performed the songs Anyone Who Had A Heart and Everything’s Coming Up Roses, winning the top prize of a trip to the UK.

With a voice Australia’s National Film and Sound Archive described as ‘pure and powerful’, Newton-John was in demand and appearances on 7’s Sunnyside Up, ABC’s Teen Scene and a return to Sing Sing Sing followed.

Billed as ‘Lovely Livvy’, she filled in as hostess on Seven’s Happy Show over the summer of 1964–65 and then – against her Cambridge University-educated father Bryn’s wishes – Newton-John left school to follow her dream.

She appeared in the children’s movie Funny Things Happen Down Under, followed by the first of many appearances on ATV-0’s (later Channel 10) pop music program GO!!

Newton-John also signed a contract with Seven to appear on daytime variety show Time For Terry.

These productions also featured her boyfriend of the time, singer and actor Ian ‘Turps’ Turpie.

Her rush to success continued in May 1965, when Newton-John was the opening act on an episode of Boomeride, a new live music show on Channel Nine.

Given her experience over the previous 12 months, she already had a confidence seemingly beyond her years. 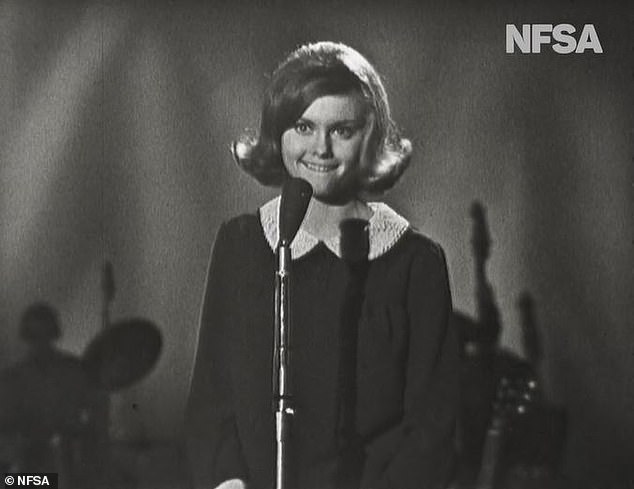 Olivia Newton-John is pictured singing When I Grow Up, which featured risque lyrics, on Boomeride in 1965

This was reflected in the risque song she was given to sing, with lyrics saying that though she was ’16 now …  One of these days, when I grow up, I’m gonna make love to you’.

In early 1966, accompanied by her mother, Irene, Newton-John finally used her Sing Sing Sing prize, travelling by ship to England.

The unbridled early success she had achieved in Australia was not immediately replicated in the UK.

Her debut single, Till You Say You’ll be Mine, flopped, as did a singing duo with fellow Australian, Pat Carroll.

A Monkees-style pop group called Toomorrow then recruited her and she fronted them on a flop 1970 ‘space musical’ film and two singles.

Despite the tough times in England she never gave up and in 1971 things took a better turn when Cliff Richard hired her as a regular guest singer on his TV variety show.

With the help of Richard’s backing band The Shadows, Newton-John finally scored a hit single with a cover of Bob Dylan’s If Not for You.

Several more hits, including two albums, quickly followed, with an up-tempo take of the murder ballad Banks Of The Ohio, doing well in Australia as well as the UK. 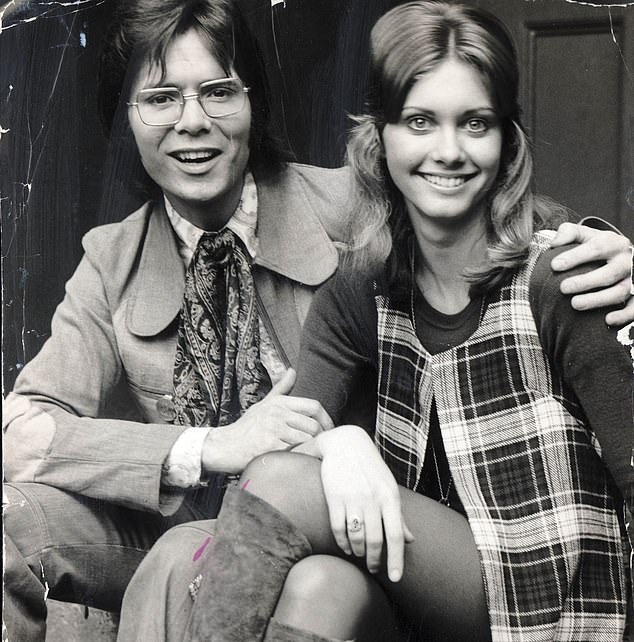 Olivia Newton-John (left) is pictured with Cliff Richard in 1971. He employed her as a guest singer on his variety television show

Her 1973 song Let Me Be There was her key to success in the US, earning her a Grammy award for best female country vocal performance.

With a follow-up hit, I Honestly Love You, Newton-John won the female vocalist of the year trophy at the 1974 Country Music Association awards.

Some of the biggest names in American country music were reportedly angered by an Australian pop singer having hits in a genre they regarded as their territory.

It made no difference, and Newton-John later said she had no idea there was a backlash. 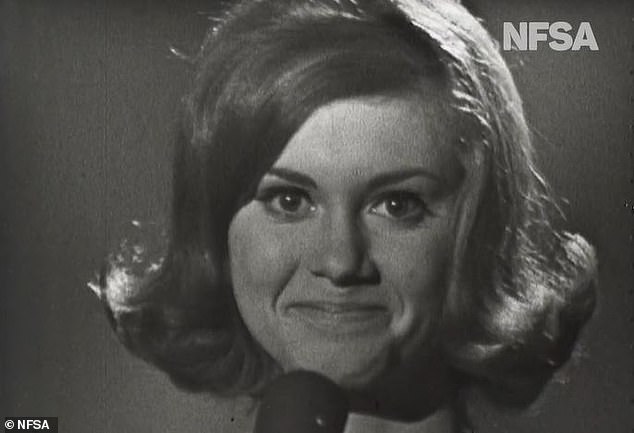 ‘I was travelling and touring, and I heard about it after, and heard that Dolly [Parton] and Loretta [Lynn] had backed me up, so I had great support,’ she said.

While some rock music magazines railed against her for not being ‘authentic’, others gave her a pass due to her looks.

Creem magazine asked it’s readers ‘What female singer would ya like most to sit in yr lap? ‘Connie Francis? (too old) Cher? (too bananas). Answer: Olivia!’

She won more awards, including another three Grammys, but by the late 1970s her sales were dropping. 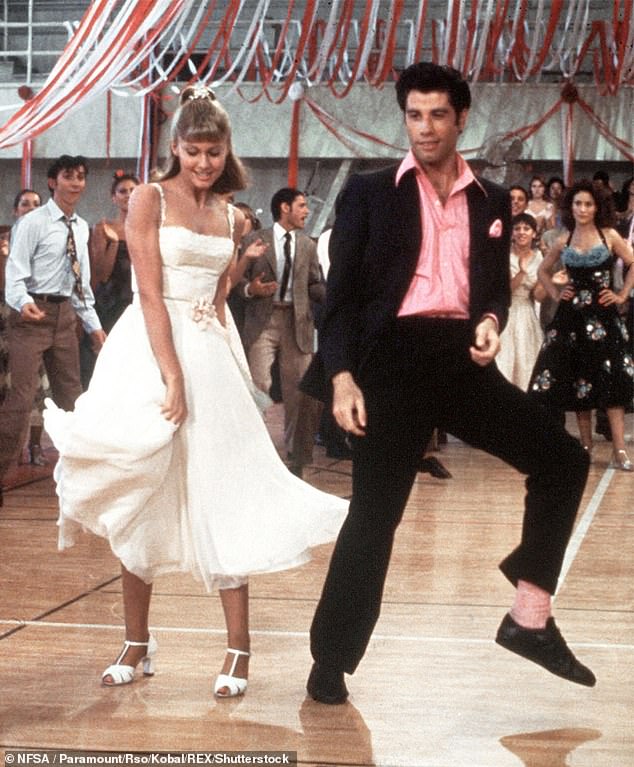 Olivia Newton-John (left) dances with John Travolta in the 1978 film Grease, which brought her enormous success

And then she was cast in the 1978 film Grease, which took her fame and success to a new level.

She was initially not sure if she was right for the part of Sandy Olsson because she was aged 29 when it was filmed and would be playing a 17-year-old.

But she went for it and demanded and got equal billing with co-star John Travolta.

An even smarter bit of negotiating was insisting on a percentage of the film’s profits in return for a lower initial fee of $125,000. 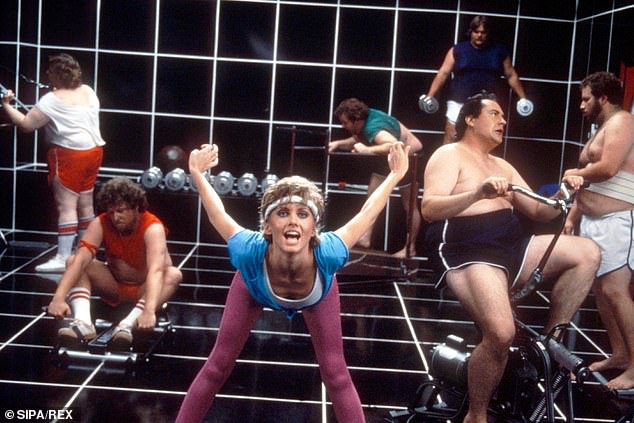 The film and its soundtrack’s success made Newton-John a huge star and a millionaire.

Hit singles such as You’re the One That I Want and Summer Nights were followed by continued success in the 1980s with singles such as Physical, which had originally been turned down by both Rod Stewart and Tina Turner.

Though she never again reached the heights of success she enjoyed with Grease, Newton-John still notched 100million record sales in her remarkable career. 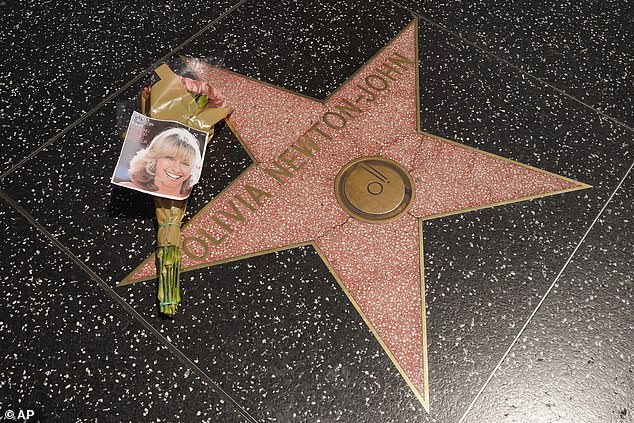