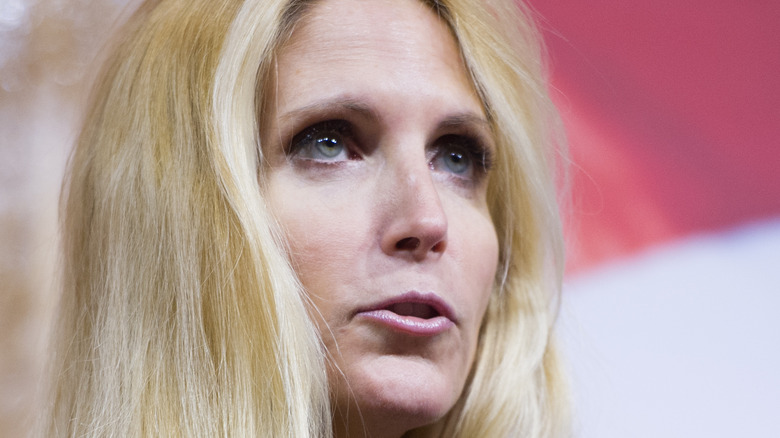 Ann Coulter is known for her biting and no-holds-barred conservative commentary and it’s unusual when people who lean more liberal agree with what she has to say, either in published columns, books, on TV, or on social media — especially when it comes to former president Donald Trump.

With an Ivy League degree from Cornell University and a law degree from the University of Michigan, Coulter worked in private practice before becoming a political staffer for a senator from Michigan in the 1990s. Her foray into the political world and her penchant for saying what’s always on her mind led her to a gig at a new cable news network called MSNBC and her political commentary that was also played for shock value started getting noticed (via Britannica). Book deals followed as she remained a staunch conservative, but sometimes even Coulter will break conservative ranks and speak out against Trump, which is exactly what she did on August 31 after the last United States troops left Afghanistan after 20 years. 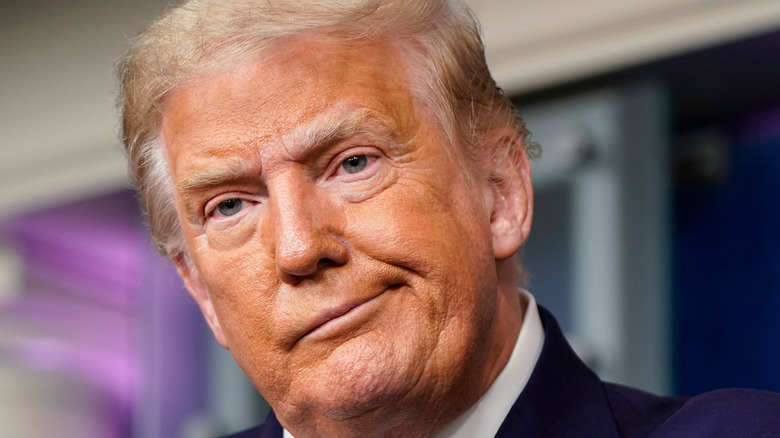 In a series of tweets after President Joe Biden addressed the nation following the last soldiers leaving Afghanistan Ann Coulter essentially said that Donald Trump was all talk and no action regarding the United States’ military action in that country since 2001. Like other presidents before him, Trump ran twice with the promise of ending the war in Afghanistan, but never did.

“Thank you, President Biden, for keeping a promise Trump made, but then abandoned when he got to office,” Coulter first tweeted before getting more critical of the former president while taking time to call him a “wuss”.

“Trump REPEATEDLY demanded that we bring our soldiers home, but only President Biden had the balls to do it. Here are a few of Trump’s wuss, B.S. — I mean ‘masterful’ — tweets.”

She attached some screenshots of Trump’s archived tweets (as his Twitter account is no longer active after being banned from the platform on January 6, 2021) to her second tweet. One from May of 2020 read: “We are acting like a police force, not the fighting force that we are, in Afghanistan. After 19 years, it is time for them to police their own country.”