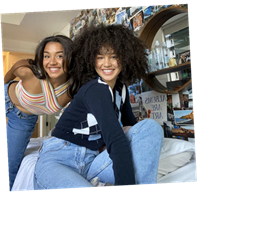 I guarantee sisters Sofia and Bella Wylie and their cute choreo are no stranger to your FYP on TikTok. That’s probably where you see them the most these days, but the thing is, they’ve actually been in the spotlight for a while now. I mean, they’ve likely both made appearances on your TV—oh yeah, they’re *that* famous.

So if you assumed they just were another set of TikTokers trying to make it to the big leagues, you thought completely wrong. Sofia’s been on Disney Channel, had a starring role alongside Olivia Rodrigo in High School Musical: The Musical: The Series, and she’s danced with Justin Bieber. Bella was the champion of Chopped Junior season two! All this info might be news to you, so read on down yonder for more intel on the rising sister team from Scottsdale, Arizona.

The two of them are a pretty big deal on TikTok

Sofia has almost a million followers and Bella has over 350K followers.

They’re known for dancing videos and skits. Some of their TikToks together have nine million views.

But they’ve *been* famous

Ya I don’t know how to do this one.

Sofia played Buffy on the Disney series Andi Mack and Bella was the winner of Chopped Junior in 2016.

They can check New York Fashion Week off their list 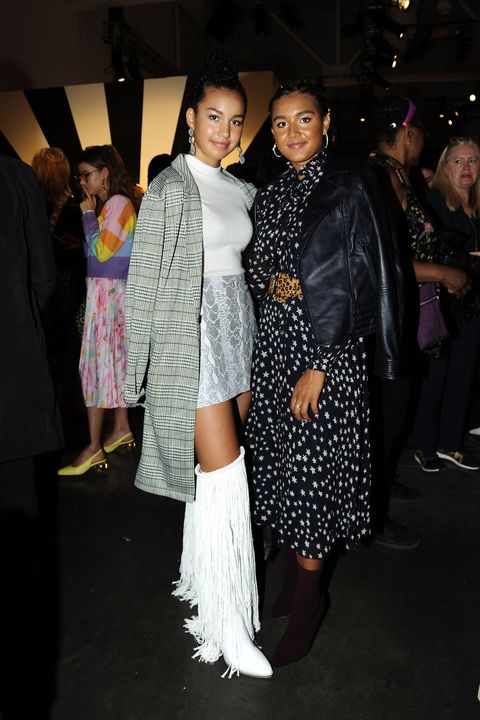 Were you going to shows at NYFW when you were a teenager? Because I know I sure wasn’t…😅

Sofia has been on the cover of a magazine

She was the cover star for Luca’s winter issue at 12 years old, and of course, her interview featured some deets about Bella.

Sofia has an extensive dance career

She’s been dancing since she was five, so her resume is pretty stacked—she appeared on So You Think You Can Dance, Dance Moms, and was a back-up dancer for Justin Bieber’s Purpose world tour.

Bella is training to be a professional athlete

She started swimming when she was about seven years old and has been working hard to be the best of the best at her sport. She’s currently attending Georgetown University and is on their swim team.

Bella may be boo’d up

Ah, young love! Bella posted a pic in August 2020 with a guy and captioned it: “The Bees Knees💟💙.” Looks like he’s a swimmer too…👀

You may recognize Sofia from a recent, very big Disney show

Yup! She played Gina in High School Musical: The Musical on Disney+!

Sofia launched her own production company

At just 16, she not only became a producer, but she’s leading her OWN business. It’s called AIFOS and she hopes to bring to life stories with strong female leads.

Sofia is also a model

She signed with the agency IMG Models last summer. Major.