Heidi Klum goes topless while yachting with husband Tom Kaulitz: 'You put the biggest smile on my face' 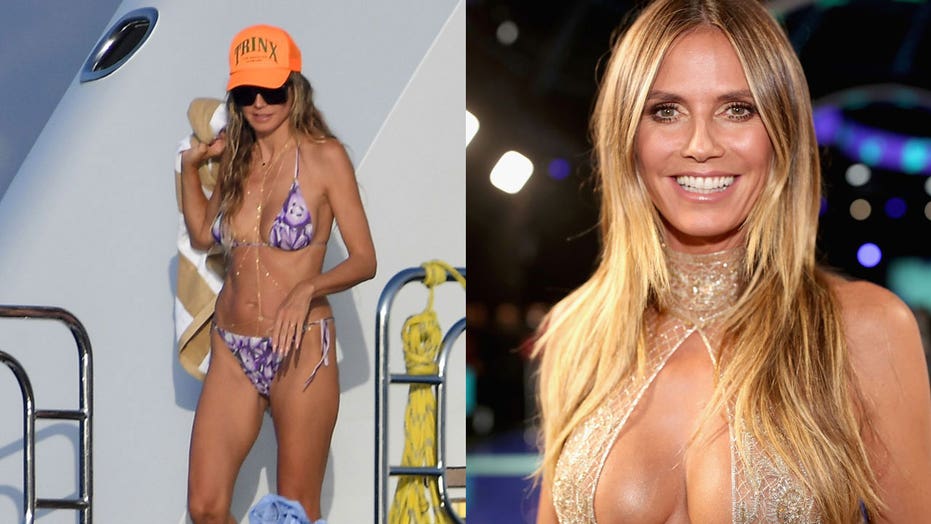 Heidi Klum is enjoying some quality time with her husband Tom Kaulitz.

On Friday, the 48-year-old model – wearing only her bikini bottoms paired with body chains – posed for the camera while getting back onto a yacht.

“You put the biggest smile on my face Tom,” the former Victoria’s Secret model captioned the photo, which featured her smiling ear-to-ear.

Klum also shared photos the day before of herself wearing a tiny purple string bikini. She gave photo credit to the 31-year-old guitarist. 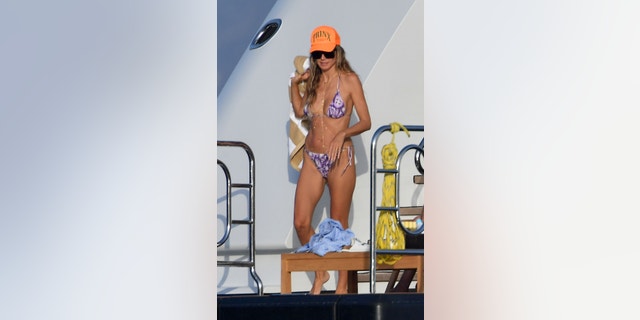 Heidi Klum is pictured on her luxurious yacht out in the Mediterranean.
(Ciao Pix / BACKGRID)

The former Sports Illustrated model married Kaulitz in 2019. Klum was reportedly introduced to Kaulitz while she was hosting “Germany’s Next Top Model.”

Klum recently opened up about what she believes makes her a “good wife” to Kaulitz.

“I was never really into soccer before, but because of my husband, I like it now because I see how happy it makes him,” Klum told Fox News earlier this month.

“So you have to be invested in [his likes] because otherwise, he will just always do that on his own,” she added. “And I feel like that’s what a good wife is… when you take part in the interests of your husband and vice versa.”