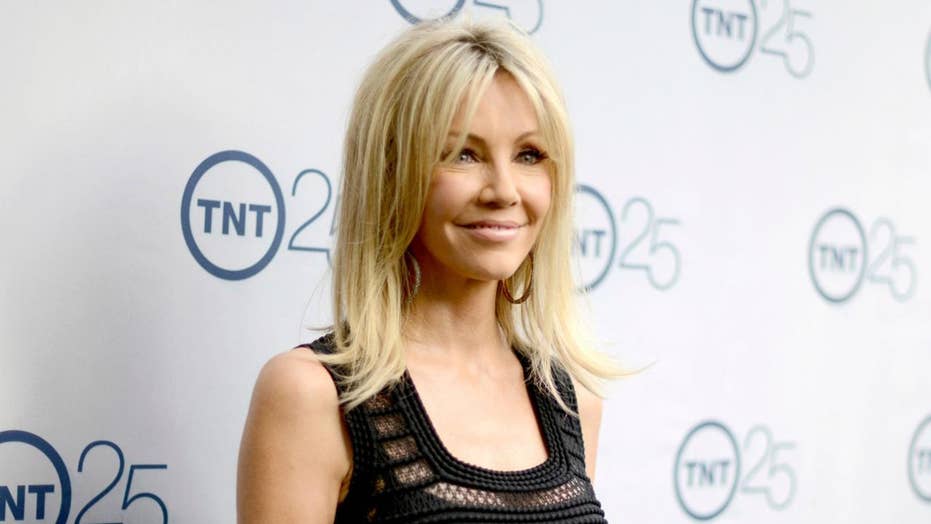 Heather Locklear. Troubling reports about her health and recent arrests stand in stark contrast with the iconic image she burnished back in the 1990s.

Heather Locklear has been sued after she allegedly attacked an emergency medical technician in June.

The EMT, whom Locklear allegedly kicked, filed a lawsuit against the former "Melrose Place" star on Thursday, Fox News has confirmed.

According to TMZ, citing court documents, the suit alleges Locklear became verbally and physically abusive toward Jennifer Hayn-Hiton, who was attempting to put Locklear on a gurney after responding to a disturbance call at the actress' home on June 24.

Per the outlet, the papers say Hayn-Hiton allegedly sustained injuries that made her miss work and lose pay.

A rep for Locklear did not immediately respond to Fox News' request for comment.

In a statement to Fox News' Kevin Flahavan, an attorney for Hayn-Hiton, said: "This is not the first time Ms. Locklear has physical and verbally abused first responders and she has never taken responsibility for her actions. If you or I acted like that, there would be consequences to our actions.

"Ms. Locklear’s actions should have consequences as well," the statement continued. "Those consequences should be aimed at making my client whole for the injuries that she sustained, and they should also be aimed at preventing Ms. Locklear from doing this to someone else in the future.

"I understand Ms. Locklear has had a long career in show business, but that shouldn’t give her the right to hurt other people and threaten their children without facing consequences."

Back on June 24, Locklear was arrested for battery against a police officer and emergency personnel.

The Ventura County Sheriff's Office said it responded to a 911 call at Locklear's home shortly after 11 p.m. Locklear appeared "heavily intoxicated" and was "arguing with other subjects at the residence."

"The responding deputy believed it was necessary to separate her from the others," a spokesperson for the department told Fox News at the time. "In the process of trying to separate her, she battered the deputy…There was no injury to the deputy. That action caused her to get arrested."

Due to her "behavior and level of intoxication," police called an ambulance to check on Locklear.

It's then that Locklear is said to have kicked the EMT. The veteran actress was then taken to the hospital to be examined before being taken to jail, where she spent the night before posting $20,000 bail.

Days after Locklear's arrest, the actress voluntarily agreed to check herself into a long-term treatment facility for substance abuse and mental health issues.