H.E.R. on If She'll Collaborate With Zendaya and Kehlani (Exclusive)

H.E.R. isn’t ruling out a possible collaboration with Zendaya and Kehlani. The “Slow Down” singer recently revealed that the trio was almost in a group together as kids, and as she told ET’s Lauren Zima, a musical reunion isn’t out of the cards.

“That would be crazy!” H.E.R. said ahead of Sunday’s Billboard Music Awards. “Yeah, me and Kehlani were in a group and Zendaya was around at the time, and she was gonna be in the group.”

H.E.R., real name Gabriella Sarmiento Wilson, was born in Vallejo, California, and grew up in the San Francisco Bay Area. Kehlani was born and raised in Oakland, as was Zendaya.

“I mean, they’re really powerful adult women and we all came up from the Bay Area, so maybe we gotta do something from the Bay,” H.E.R. told ET. “Who knows?”

The singers are all killing it in the industry. H.E.R., who was nominated for Top R&B Song at the 2021 Billboard Music Awards, will be performing with DJ Khaled and Migos during the show.

“It’s gonna be a lot of energy and it’s gonna be kinda musical at the same time, and of course me collaborating with DJ Khaled and Migos, it’s something you’ve never seen before,” she teased. “I think it’s gonna be one of the first times that you’ve seen, you know, this many artists onstage together, so I’m really excited.”

As for what’s next for the performer, she’s got her eye on a few more awards. With four GRAMMYs and an Oscar, the 23-year-old is halfway to an EGOT. 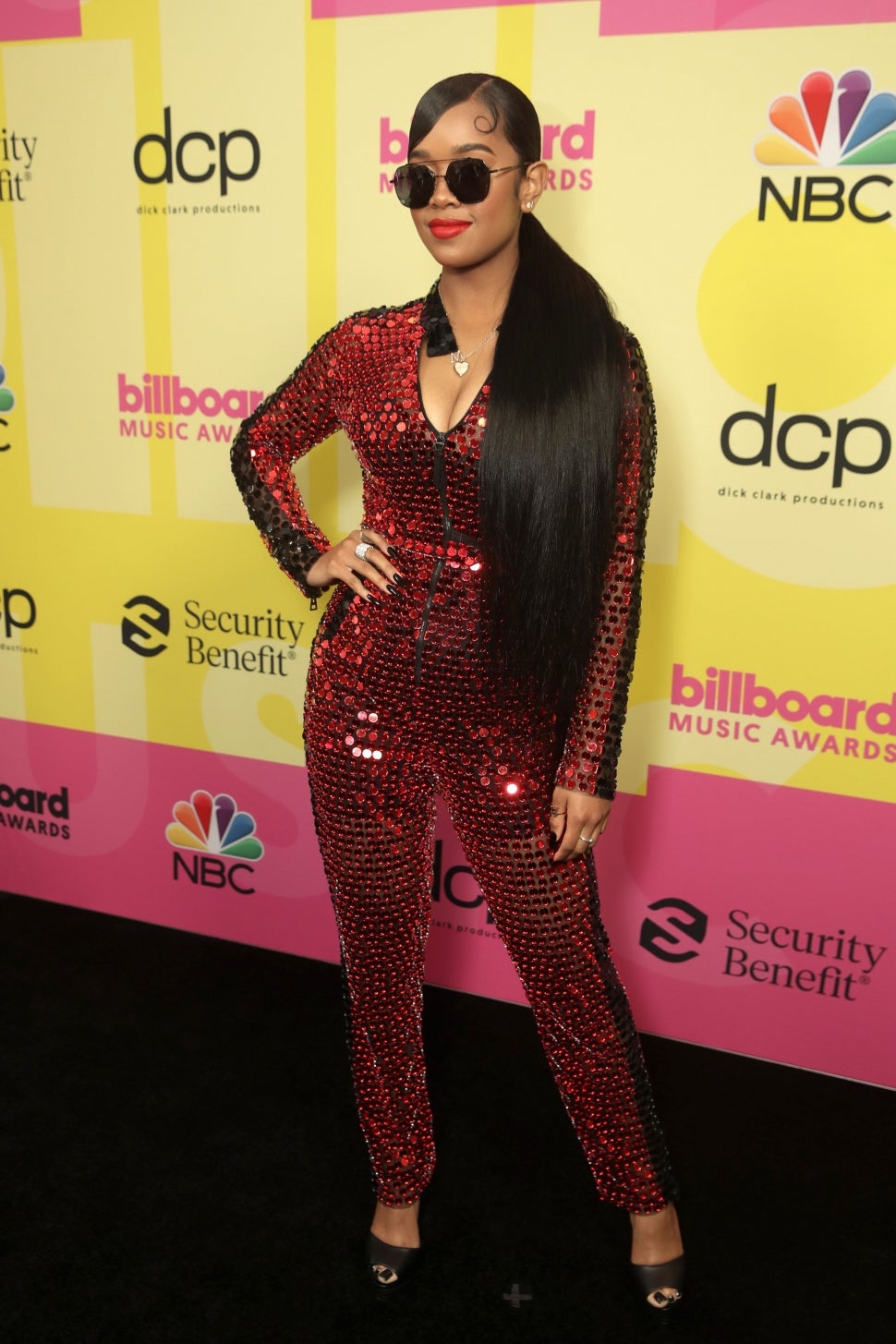 “I’m actually trying to find more shelf space because I’m running out of space, which is a great problem to have,” shared H.E.R., who stunned in Dior by Maria Grazia Chiuri. “As of now, my GRAMMYs are on a shelf and my Oscar is on my kitchen counter.”