Gwyneth Paltrow said kissing Robert Downey Jr. in their Marvel movies felt like she was ‘kissing my brother’ 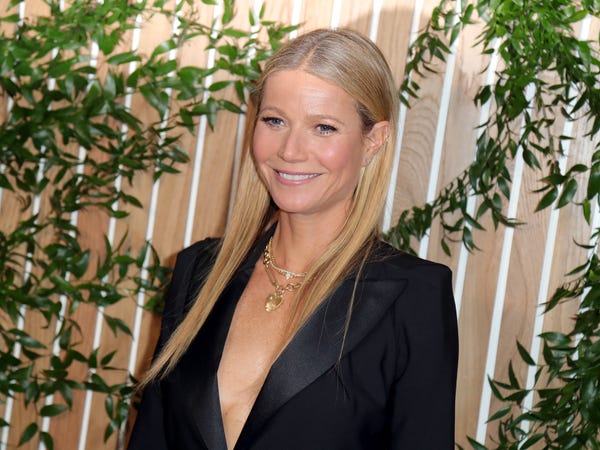 For Gwyneth Paltrow's Goop Podcast on Tuesday, she and Kate Hudson talked about their best and worst on-screen kisses.

Paltrow admitted that her worst was Iron Man himself, Robert Downey Jr., because of the "brother energy" the two have.

"Like with Robert, when I kissed him and I was like, 'You've got to be kidding me,'" said Paltrow, who locked lips with Downey Jr. on several 'Iron Man' and 'Avengers' movies. "This is literally like kissing my brother."

Both have been Hollywood lifers, as Downey Jr.'s father, Robert Downey Sr., was an actor-director and Paltrow's mother is actress Blythe Danner (her father, Bruce, was a TV and movie director/producer). They both have likely been interacting in the same circles their whole lives before playing Tony Stark and Pepper Potts in the MCU.

Hudson admits her on-screen kisses haven't been the best, either. And she's been linked with Matthew McConaughey several times. But the actress admits it's less a "brother energy" with McConaughey, just the circumstances.

"The thing is, every time I kiss McConaughey, it's like there's just something happening and there's snot or wind," she told Paltrow. "When we were kissing in the end of 'Fool's Gold,' we're in the ocean, we had the plane crash. He just had snot all over his face."

But Hudson did reveal a guy who is good at it.

You know who was a good kisser, but you didn't see it, cause they cut it out? Was Billy [Crudup]," Hudson said of her Almost Famous co-star. "Billy was good. That was good."

"He looked like he would be a good kisser," Paltrow responded.

Listen to the entire podcast between Paltrow and Hudson.