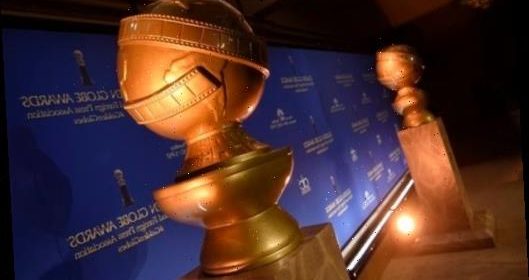 After the tumultuous year that’s just ended, you may feel hard pressed to be surprised by anything at this point, but the Golden Globes this morning aimed to prove that notion incorrect

Offering pre-dawn distraction to insomniacs everywhere, the Hollywood Foreign Press Association today rolled out the nominations for the seemingly semi-virtual February 28 bicoastal ceremony on NBC. Having skipped hosting duties for all of Donald Trump’s reign of terror and error, Tina Fey and Amy Poehler are back this year for the fourth time and the first time since 2015.

Additionally, the nominations were inevitably going to be more intriguing than usual after the coronavirus pandemic having played havoc with production schedules, pushing the likes of last year’s winners like Succession and The Marvelous Mrs. Maisel were already out of the mix.

In that context and with a minor audio glitch, with past Globes victors Sarah Jessica Parker and Taraji P. Henson announcing the contenders it proved a good morning for the likes of One Night In Miami director Regina King, Sacha Baron Cohen and Borat Subsequent Moviefilm, The Crown, The Mandalorian and Sound of Metal’s Riz Ahmed.

Also, Norman Lear and Jane Fonda already picked some HFPA spring in their step, even before today. The living legends will be the recipients of Carol Burnett Award and the Cecil B de Mille Award for Hollywood Impact respectively at the 78th Golden Globes later this month. However for some living legends to come and others overlooked, this morning was a disappointment

Here are the big snubs and surprises for this year’s Globes nominations from the less than 90-member HFPA:

Tom Hanks – The multi-Oscar winner and last year’s Cecil B de Mill winner was braving the Battle of the Atlantic in Greyhound and post-Civil War America in News of the World, but his double shot fired blanks with the HFPA today

I May Destroy You – Michaela Cole’s harrowing and sometimes hilarious drama of sexual assault and the aftermath from the BBC and HBO was one of the most praised shows of last year and was tops on my Top 10 New Shows of 2020. Crickets this morning when it came to Globes nominations, crickets

Spike Lee – Da 5 Bloods had outstanding performances from Delroy Lindo, Clarke Peters and Chadwick Boseman, among others, but that just wasn’t enough for the film or its trailblazing director to receive any love.

Meryl Streep – Tell me, after 32 past Globes nominations, how do you have an award show and not nominate Meryl?

Bridgerton – The complete absence of the Shonda Rhymes produced Regency era blockbuster from today’s nominations proves the Golden Globes isn’t just a popularity contest. Otherwise, Netflix’s Bridgerton would have cleaned up in all categories this morning and likely on February 28

Sophie Loren – The screen icon returned with the acclaimed The Life Ahead. It’s a total head scratcher why it proved a dead end with Globes voters.

Never Have I Ever – The Mindy Kaling co-created coming of age drama was a barrier breaking worldwide hit on Netflix, but nada in terms of nominations

Al Pacino – In a long career full of highs, Pacino’s nomination today for the unintentionally comically Hunters seems like bad joke and a big surprise

Steven Yeun – Sundance 2020 Grand Jury prize winner Minari got a big thumbs up from the AFI and the National Board of Review too, yet its leading man was left empty handed this morning

The Midnight Sky – Besides a Best Original Score, Motion Picture nod, it looks like it was pretty dark for the George Clooney directed and starring Netflix post-apocalyptic drama

Chris Rock – The comedian was at his dramatic best as the ambitious Kansas City crime boss in the fourth season of Fargo. Turns out in Rock’s case, crime doesn’t pay with Globes’ voters

Tenet – The Christopher Nolan directed thriller was the only big game in town and theaters during the first part of the pandemic. When it came to major categories, today, like the movie’s main plot, it felt like that past never happened.