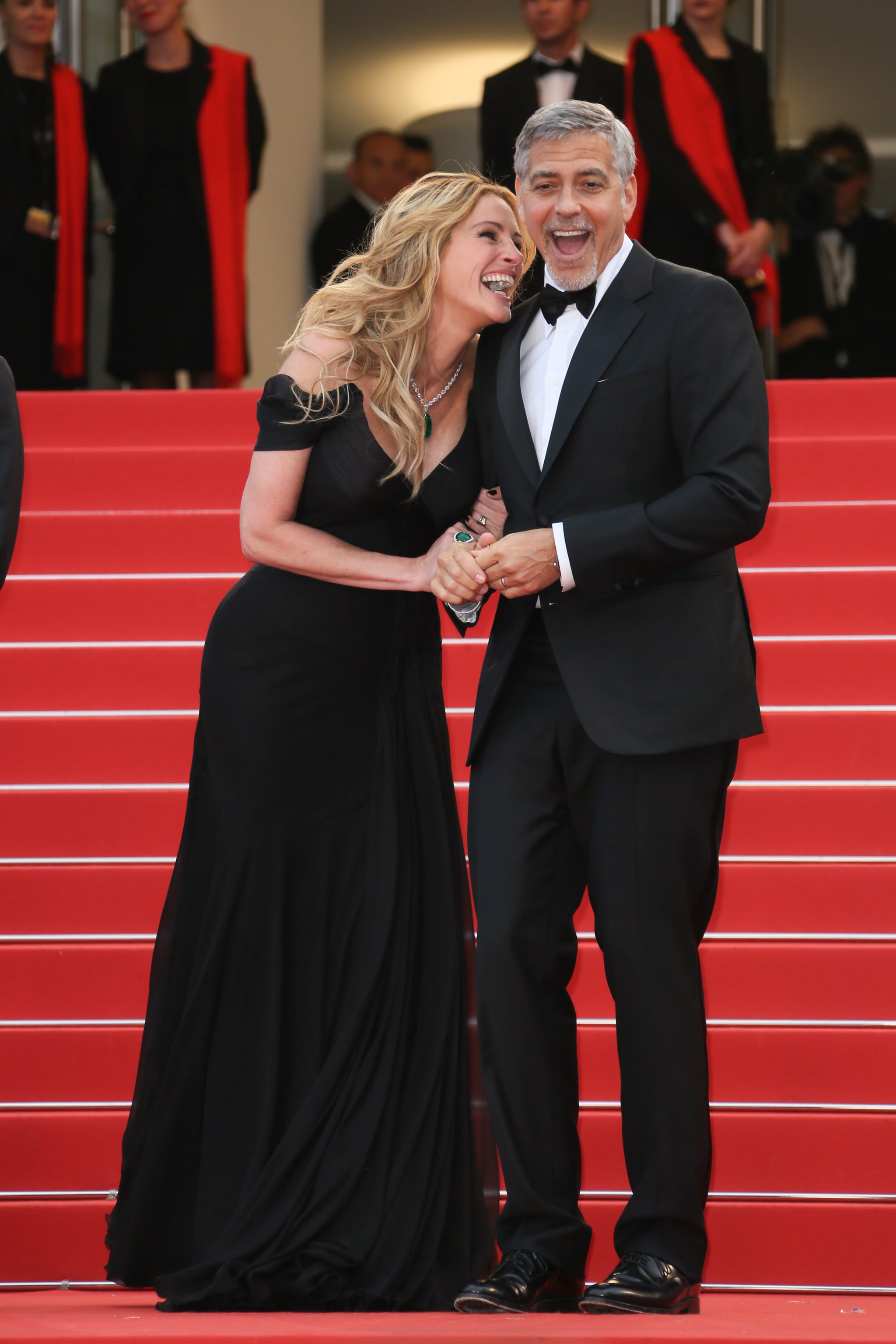 George Clooney says that while he enjoyed being near his friend Julia Roberts while the pair filmed “Ticket to Paradise” together amid COVID-19 pandemic quarantining in Australia, their proximity sometimes became a little much.

“It was fun for us to go shoot it. Julia is a good friend,” he said in a Sept. 30 interview with Stephen Colbert. Clooney had brought his wife Amal Clooney and their kids, Ella and Alexander, but Roberts came alone and stayed in the house beneath them. She subsequently wound up spending a lot of time with the Clooney family. “At some point, that gets a little annoying because she’s not up there with her family,” the actor joked. “She comes up every morning and we have to bring her food and drive her around. At some point it’s like, ‘Julia Roberts leave me alone.'”

“So many men have that problem,” Colbert teased in return.

Earlier in September, Roberts credited Clooney and his family for saving her from “complete loneliness and despair” during the filming process. In an interview with The New York Times, she discussed quarantining with the Clooneys saying, “We were in a bubble, and it’s the longest I’ve ever been away from my family. I don’t think I’ve spent that much time by myself since I was 25.” Filming took place between November 2021 and February 2022, per The New Zealand Herald.

“We started in Hamilton Island with all these wild birds, and Julia had the house down just below Amal and me and the kids,” Clooney told The Times. “I would come out in the early mornings and be like, ‘Caa-caa,’ and Julia would come out and be like, ‘Caa-caa.’ And then we’d bring her down a cup of coffee. She was Aunt Juju to my kids.” Roberts’s family eventually made it to Australia, but they “had to fly into Sydney and quarantine for two weeks by themselves before she could see them,” Clooney said.

Roberts and Clooney play exes in “Ticket to Paradise,” a romantic comedy about two divorced parents who travel to their daughter’s wedding in Bali and decide to try to stop her from getting married and making the same mistakes they did. The pair have worked on a number of movies together over the years, including 2001’s “Ocean’s Eleven,” 2002’s “Confessions of a Dangerous Mind,” and 2016’s “Money Monster.” They’ve shared a close friendship since “Ocean’s Eleven,” frequently attending red carpets and other occasions together.

Roberts has three kids — Hazel, Henry, and Phinnaeus — with husband Danny Moder. She stepped out once again to support Clooney on Sept. 30, attending his and Amal’s first annual Albie Awards, which honor humanitarian leaders, journalists, and other defenders of human rights.