Gayle King on Megyn Kelly's Blackface Comments: 'She Made a Terrible Mistake'

Telling it how it is. Gayle King spoke out about the blackface scandal surrounding Megyn Kelly and revealed despite being friendly with her, she doesn’t agree with what she said.

“I know Megyn Kelly. I happen to like Megyn Kelly,” King, 63, said during a Thursday, October 25, appearance on The Late Show with Stephen Colbert. “She and I went to the Kentucky Derby two years ago, and we bonded. I think she’s a very smart cookie, very smart at what she does.”

The CBS This Morning cohost continued: “But I think she clearly stepped in it. She made a terrible mistake. And I was surprised that she would make a mistake of that kind.” 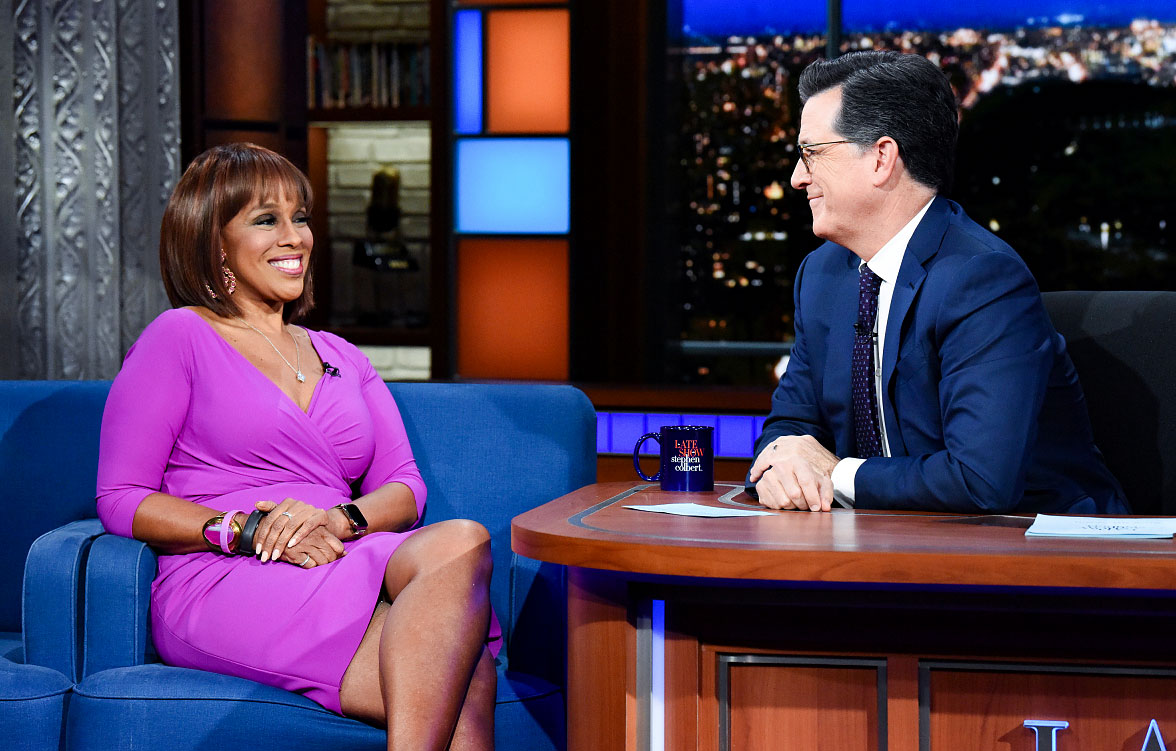 After noting again that Kelly, 47, “is smart,” King added that the Today cohost has “said a couple of things” referencing past racial comments.

“But I never wish bad on anybody, I don’t,” King concluded. “I’m not a Pollyanna girl – I’m not that — but I do feel that this is a rough time for her.”

“But what is racist?” the TV personality said. “Because you truly do get in trouble if you are a white person who puts on blackface at Halloween or a black person who puts on white face. That was OK when I was a kid, as long as you were dressing like a character.”

Following her comments, a source confirmed to Us Weekly that Kelly was “forced out by management” at NBC News. A source close to the situation revealed on Friday, October 26, that talk of her exit has already begun.

The official Twitter account for Today tweeted at the time: “This morning, NBC News host Megyn Kelly is in talks with the network about her imminent departure, according to a source familiar with the situation.”

Kelly issued an apology both via email to her coworkers as well as to viewers on-air on Wednesday, October 24.