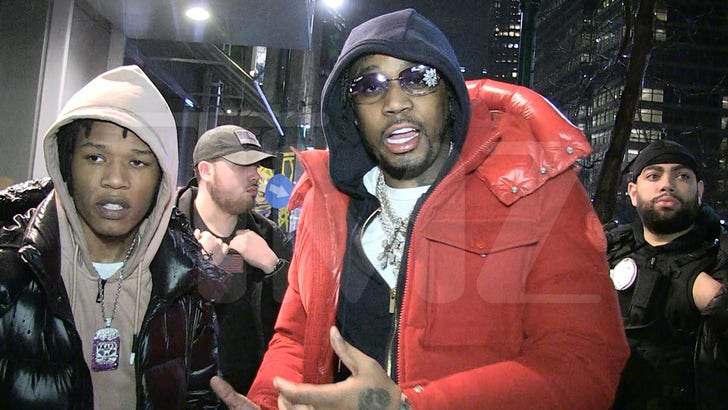 Drill Music is starting to get silenced in NYC … but homegrown artists like Fivio Foreign are fighting to keep it afloat.

We got Fivio leaving The Palm in New York … after having meetings regarding what seems to be the future of Drill Music on the airwaves. He said the meeting went well and feels like a step in the right direction.

When asked about the possibility of Drill artists getting indicted for their violent lyrics, Fivio called it BS, saying “That means you gotta go lock up Denzel for being a bad cop in “Training Day”!”

He says music is an art form where people can express themselves in the only way they know how, and it’s unfair to single out one genre of music, or one community of people.

In case you’re unfamiliar, Drill is a style of trap music that’s been mainstream for the past decade, with artists like Chief Keef and Lil Durk associated — as well as Fivio Foreign.

It’s known for its violent and gritty lyrics… which is why the city of NYC has been trying to shut it down.

The NYPD claims Drill is making gang violence in their city worse, pointing to its lyrics as a source of inspiration for shootings. While they say it isn’t a blatant cause of violence, at the end of the day, they believe it’s a strong influence.

That being said, Fivio’s saying his piece to back his fellow artists.