Everything We Know About The Rock’s Extreme Doppelganger

Dwayne “The Rock” Johnson is a pretty unique guy. Along with being a super popular star who successfully made the move from being at the top of the wrestling world to dominating the movie-making scene, he’s also someone who stays true to himself in various ways. For instance, he holds an unexpected world record that has to do with how he interacts with his fans, might eventually run for president (yes, of the United States), and tends to make arguably strange social media posts, all while going through a truly stunning transformation throughout the years.

However, Johnson may not be as unique as we originally thought. At least, not when it comes to one key aspect: His appearance. That’s because it turns out that there’s someone out there who looks a lot like this famous figure. And when we say a lot, we mean that this person pretty much looks exactly like the star (at least in one now-famous pic). It’s seriously uncanny! But don’t just trust us — keep scrolling to see The Rock’s extreme doppelganger for yourself.

Even Dwayne Johnson seemed shocked by the resemblance 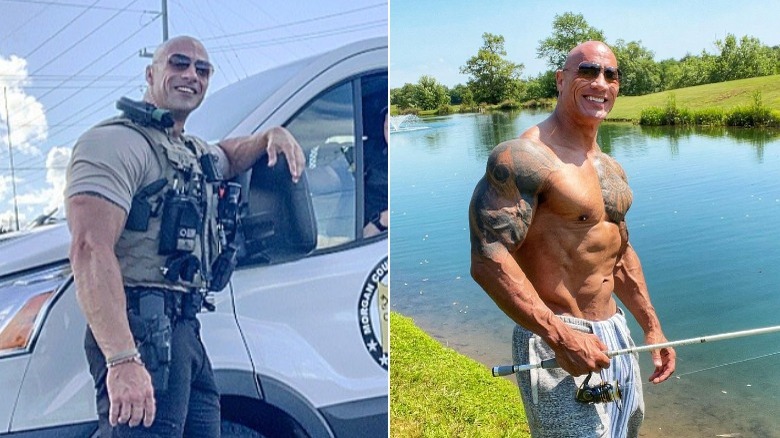 On August 31, something caught Dwayne Johnson’s eye when he hopped onto Twitter and we can definitely understand why. “Oh sh*t! Wow,” the obviously stunned star tweeted along with a pair of pics that had originally been shared by Morgan County Sheriff’s Office in Alabama and reshared by the Bleacher Report. The outlet tweeted, “This police officer looks EXACTLY like @TheRock.”

Indeed, the cop in question is Patrol Lt. Eric Fields, according to the Daily Mail. His Instagram profile adds that he’s a Morgan County Lieutenant who has spent 17 years in law enforcement, working with narcotics, the special victims unit, investigations, U.S. Marshals, and patrol. With a bald head, wide smile, and muscles that seem like they could compete with what The Rock is working with, the two could definitely be twins.

That’s why Johnson noted that he’d love to get together with Fields someday, tweeting, “I need to hear all your ‘Rock stories’ because I KNOW you got ’em…” He definitely does now. However, it looks like he might have stories related to another star as well. 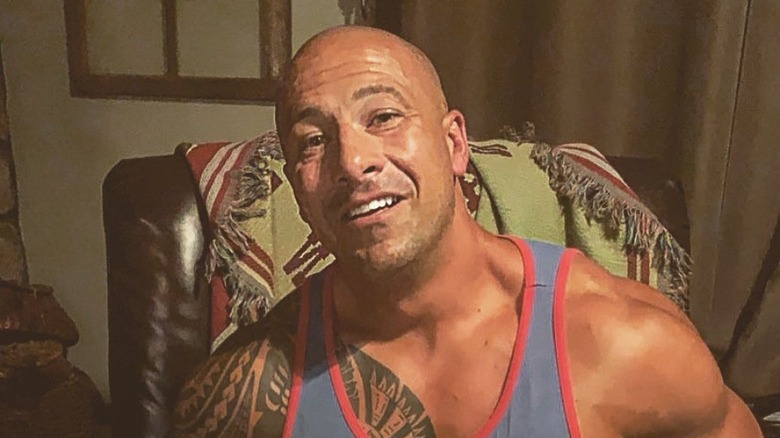 When word got out — as well as the side-by-side pictures — that Eric Fields is basically Dwayne Johnson’s doppelganger, it not only created a lot of buzz but also shot the police officer into the sudden spotlight. The Morgan County Sheriff’s Office Twitter account even tweeted about how much attention he’s been getting, sharing a picture of him posing with community members, writing, “We can’t take Lt. Fields anywhere nowadays …. This happened at lunch at Reeve’s Peach Farm.”

Granted, the Daily Mail explained that Fields “laughed off his viral fame in a local interview.” He also revealed something else while talking to AL.com. “I’ve been called The Rock and Vin Diesel’s love child,” he joked. Yep, we can see it!

So, what does he think of that? “I go along with it,” he said. “It’s humorous. It’s flattering. It could be worse people, I guess.” That’s one way to look at it.