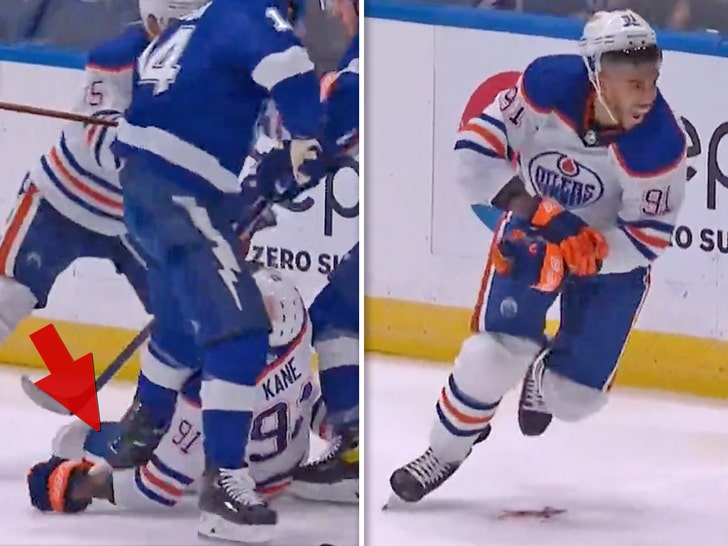 12:43 PM PT — The Edmonton Oilers released an update on Kane’s condition … saying he will miss 3-4 months of playing time.

Horrifying moment on the NHL ice Tuesday night … Edmonton Oilers star Evander Kane‘s wrist was slashed so badly by a skate, he had to be rushed to the hospital.

Thankfully, however, doctors were able to repair the damage … and the hockey player said he’s now “on the mend.”

The alarming incident happened in the second period of the Oilers’ game against the Lightning at Amalie Arena in Tampa Bay.

Kane collided with Lightning defenseman Phillipe Myers … and unknowingly exposed his wrist as he fell to the ice. Pat Maroon then accidentally skated over Kane’s arm while he was scrambling for the puck.

Video from the game’s broadcast shows Kane immediately started pouring blood onto the ice. He appeared terrified … and raced off the playing surface to his team’s locker room for treatment.

Kane was transported to a nearby hospital and had immediate surgery. He posted on Twitter on Wednesday morning that everything went well — and he’s now recovering. 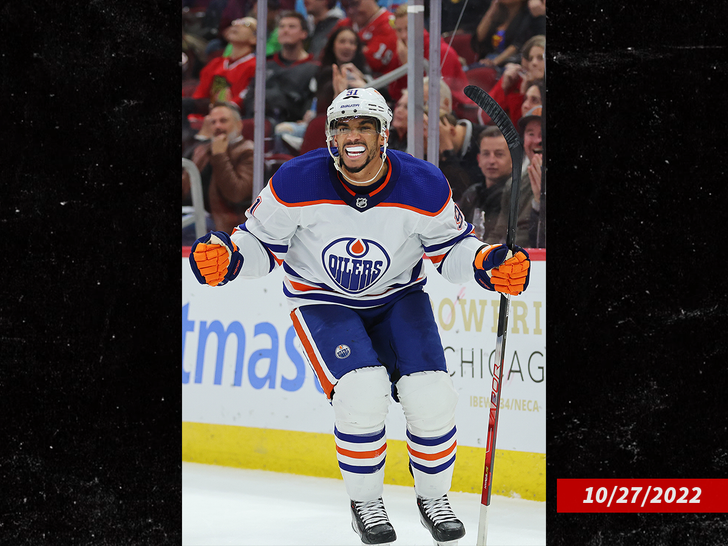 “Obviously last night was an extremely scary moment for me and I’m still in a little bit of shock,” the 31-year-old said. “I would like to thank the entire training staff of the Edmonton Oilers and Tampa Bay Lightning, along with all the doctors and paramedics who rushed to help treat and repair my injury.”

“Without all of you I know things would’ve been much worse and I’m sincerely grateful.”

The 13-year vet said he’ll miss some time … but he vowed to be back on the ice soon.