The Crown star is featured on one of the covers for W Magazine’s Volume 4 – the Pop & Fall Fashion Issue, looking incredible in a black-and-white Prada jumpsuit, with shoes by the same designer and a single Cartier earring.

In Corrin’s accompanying interview with the mag, Corrin, who portrays Princess Diana in the hit Netflix series, opens up about  what it’s like being famous themself, and the responsibility they have over being a public figure.

“It’s hard when you have a platform, but I want to make everything feel very authentic,” Corrin, 25, explains. “I think we’ve become much more aware of our positions in our communities and the circles in which we operate.” 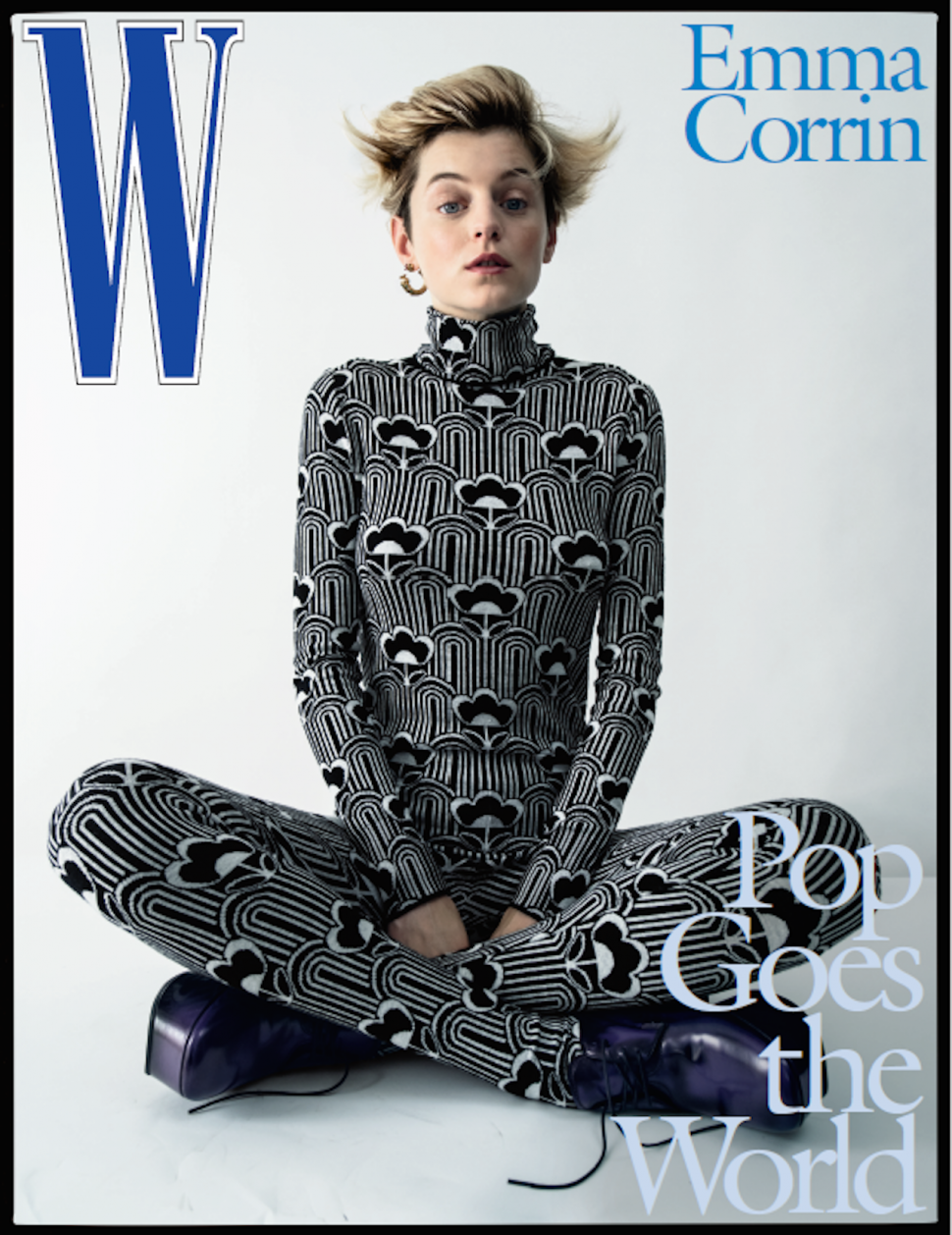 Co-star Josh O’Connor, who plays Prince Charles on The Crown, also reflects on the research he and Corrin did to bring authentic emotions to the awkward and challenging scenes between Princess Diana and Prince Charles.

“We both spent a long time during prep researching the nuances of failed marriages,” O’Connor shares, of how they prepared for the royal roles. “Our care for our own characters and each other’s meant that whatever the scene was, we were completely focused on telling a truthful and real account of those moments.”

Corrin also explains how the show examined Diana’s changing mental and physical states as her narrative unfolded throughout the season.

“There became a clear connection from Diana’s unstable childhood to her looking for something welcoming,” Corrin shares. “We knew she was a very warm person who gravitated towards people. She was looking to be embraced in something very warm and very familiar, and she didn’t find that at all; she found the exact opposite with the royal family.”

As for The Crown, anticipation has already been ramping up over the upcoming next two seasons of the Emmy-winning historical drama about the royal family. Over the past year, the streaming platform announced some of the new stars taking over for the current cast in season 5 — prepare to say goodbye to Olivia Colman and hello to Imelda Staunton — and confirmed that season 6 will be its last.

Read everything you need to know about the next two seasons here, and watch the video below for more on the beloved series.