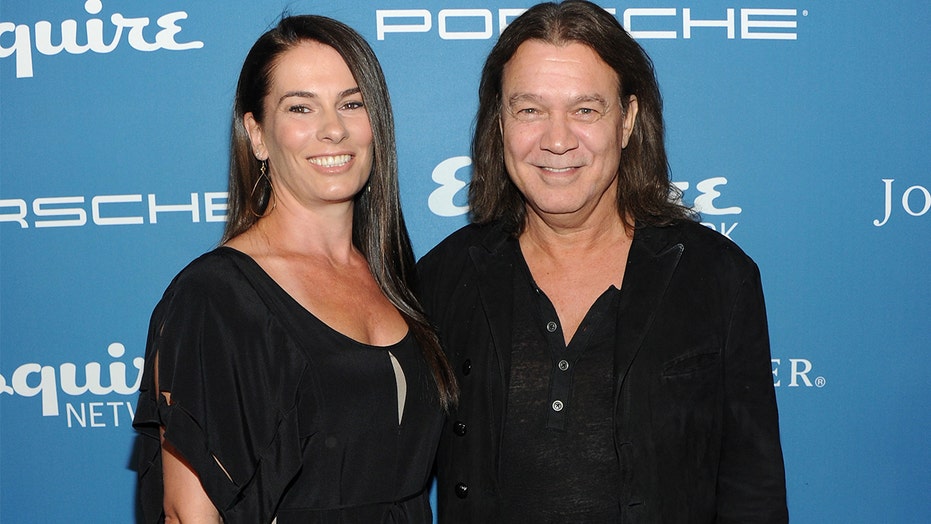 Liszewski shared an emotional tribute to her late husband on Wednesday in an Instagram post of the two enjoying a peaceful day at the beach with their feet in the sand.

"My husband, my love, my Peep," she began the caption. "My heart and soul have been shattered into a million pieces. I never knew it was possible to cry so many tears or feel such incredible sadness."

The co-founder of the band Van Halen died on Tuesday at age 65 following a long battle with cancer.

"Our journey together has not always been an easy one but in the end and always we have a connection and love that will always be," continued Liszewski. "Saying goodbye is the hardest thing I have ever had to do so instead I say so long, I will see you again soon in a place with no pain or sorrow."

Liszewski asked the late, great Van Halen to "Please watch over Kody and I," a reference to the pair's dog. "We love you and miss you so very much. Love, your PooPee.”

His son Wolfgang, who often played bass alongside his father and sat at Van Halen’s bedside, confirmed the news on Twitter.

"I can't believe I'm having to write this, but my father, Edward Lodewijk Van Halen, has lost his long and arduous battle with cancer this morning," Wolf, 29, wrote on Instagram and Twitter. "He was the best father I could ever ask for."

He said that every moment with his father was a gift.

"My heart is broken and I don't think I'll ever fully recover from this loss,” he added. “I love you so much, Pop." 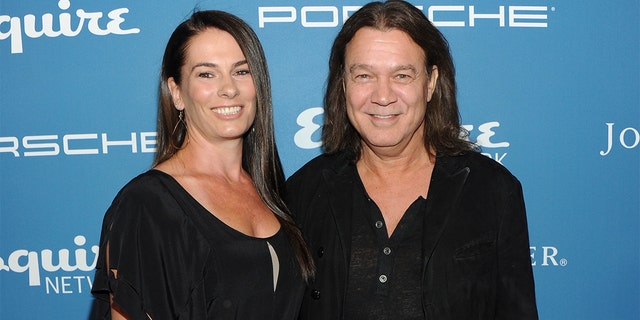 Musician Eddie Van Halen and his wife Janie Liszewski in 2013. Liszewski paid tribute to her late husband on Wednesday. (Photo by Jamie McCarthy/Getty Images for Esquire)

Wolfgang had even served as Van Halen’s best man during his nuptials to Liszewski in June 2009. The pair dated for three years and wed in the garden of Van Halen’s 5150 Estate in front of 100 guests. Van Halen’s brother Alex Van Halen officiated the wedding as an ordained minister.

EDDIE VAN HALEN'S EX-WIFE VALERIE BERTINELLI PAYS TRIBUTE TO LATE STAR: 'SEE YOU IN OUR NEXT LIFE MY LOVE'

The band was inducted into the Rock and Roll Hall of Fame in 2007.