Dua Lipa looked incredible when she made her runway debut at the Versace fashion show during Milan Fashion Week on Sept. 24.

The catwalk was filled with A-listers at the Versace runway on Friday, September 24 during Milan Fashion Week. Everyone from Emily Ratajkowski, 29, to Gigi Hadid, 26, strutted down the catwalk — but it was Dua Lipa, 26, who wowed the crowd when she made her fashion show debut! 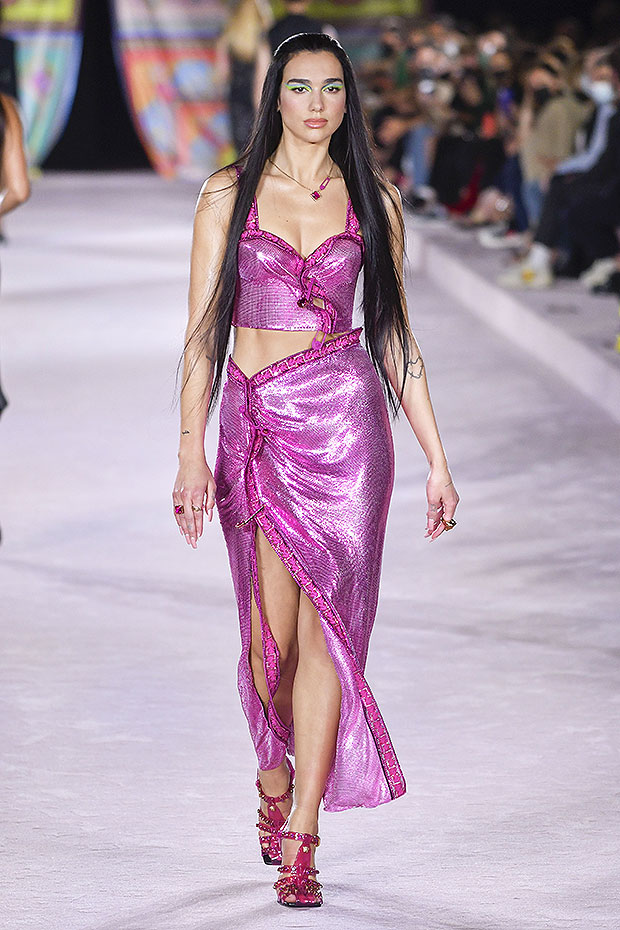 Later in the show, the pop star changed her outfit and sashayed down the runway wearing a shimmering bright pink ensemble which showcased her toned physique. The two-piece dress featured a deep trim, with matching straps, and strapped heels in the same hue. She had her raven locks bone straight and cascading down her back. Of course, boyfriend Anwar Hadid‘s big sister Gigi was there to show her the ropes!

Fans couldn’t believe that this was the singer’s first runway show, because she was such a natural. She later took to Instagram to share a few moments from her big debut. “Such an honour to open and close the @versace show tonight in Milan. a surreal moment I’ll never EVER forget!! @donatella_versace you know I’ll be your Versace girl forever #versacefw21 – thank you to the whole team who made tonight possible I am in awe of you and your teams @kjeldgaard1,” the “Don’t Start Now” singer wrote of her experience.

“Let’s get physical – we returned to #MFWwith a physical show opened and closed by#DuaLipa and soundtracked by hits from her Friday. “Dua made her runway debut in a slashed black blazer and closed the show in a neon pink Metal Mesh look. 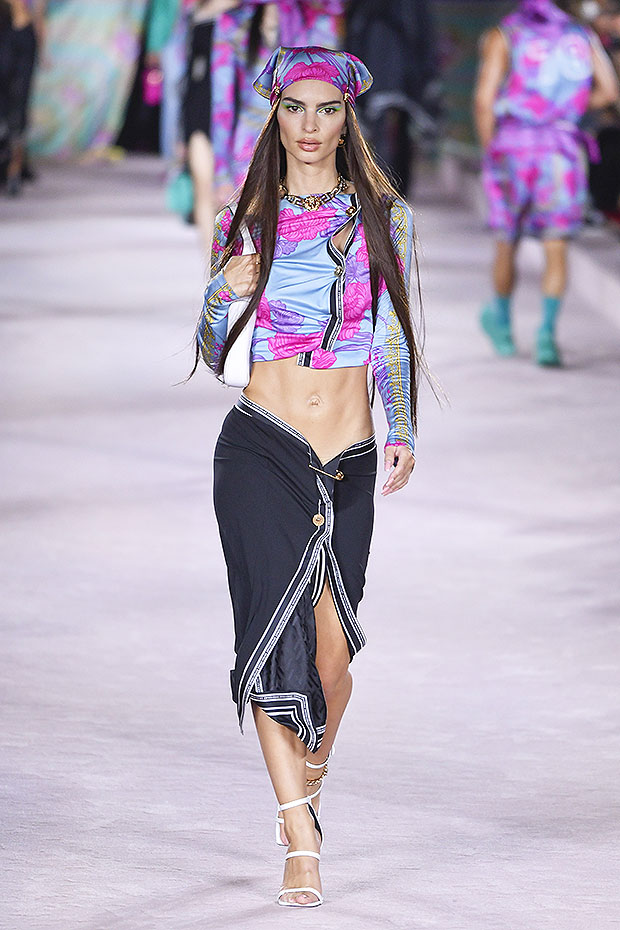 Emily isn’t new to the runway world and her stellar performance made that known. The model, who gave birth 6 months ago, looked incredible when she flaunted her taut abs in a colorful silk top with a matching headscarf in vibrant purples and pinks. The brunette beauty matched her look with a black long skirt with a white strap that matched her purse and shoes. Of course, there was a thigh-high split to complete the sexy look.

There were even more familiar faces on the runway. Lipa was followed by a parade of models including Gigi, Naomi Campbell, and Lola Leon. Undoubtedly the Versace show was the place to be.