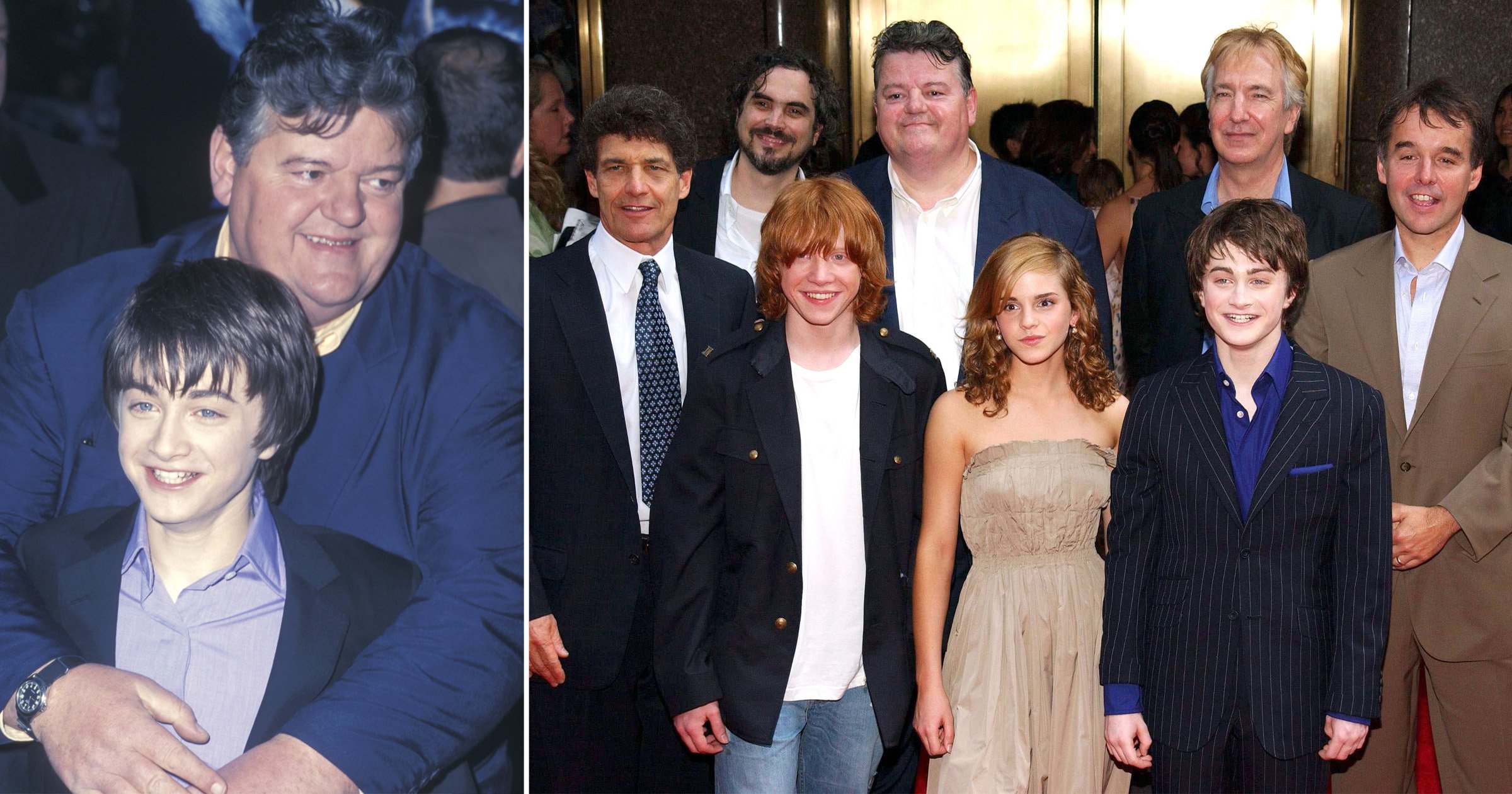 Coltrane – best known for playing Rubeus Hagrid in the fantasy franchise – died on Friday, October 14, his agent confirmed with a statement.

Tributes have since been pouring in for the film icon, with Radcliffe hailing him ‘one of the funniest people’ and an ‘incredible actor.’

The actor, who starred in the lead role in the wizarding series, worked closely with Coltrane throughout the eight films.

Radcliffe shared fond memories from set in a statement shared with the PA news agency, saying: ‘Robbie was one of the funniest people I’ve met and used to keep us laughing constantly as kids on the set.

‘I’ve especially fond memories of him keeping our spirits up on Prisoner of Azkaban, when we were all hiding from the torrential rain for hours in Hagrid’s hut and he was telling stories and cracking jokes to keep morale up.’

He added: ‘I feel incredibly lucky that I got to meet and work with him and very sad that he’s passed. He was an incredible actor and a lovely man.’

Joining the actor with his tribute was Matthew Lewis, who played Neville Longbottom in the Harry Potter films.

‘Robbie. Bobser. He called me Space Boy. We shared a love of the final frontier,’ Lewis wrote.

Ending on a poignant note and referring to Coltrane’s role as the half-giant half-human character, he concluded: ‘A giant, in more ways than one. We had some times x’.

The George Weasley actor added in his tweet: ‘Over the years we had some great chats about history and travel. Rest in peace Robbie x’.

Author of the best-selling franchise JK Rowling added that she will ‘never know anyone remotely like Robbie again’ in her tribute, writing: ‘He was an incredible talent, a complete one off, and I was beyond fortunate to know him, work with him and laugh my head off with him.’

‘I send my love and deepest condolences to his family, above all his children,’ she added.