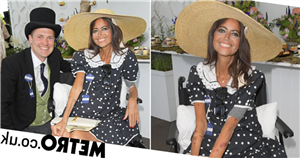 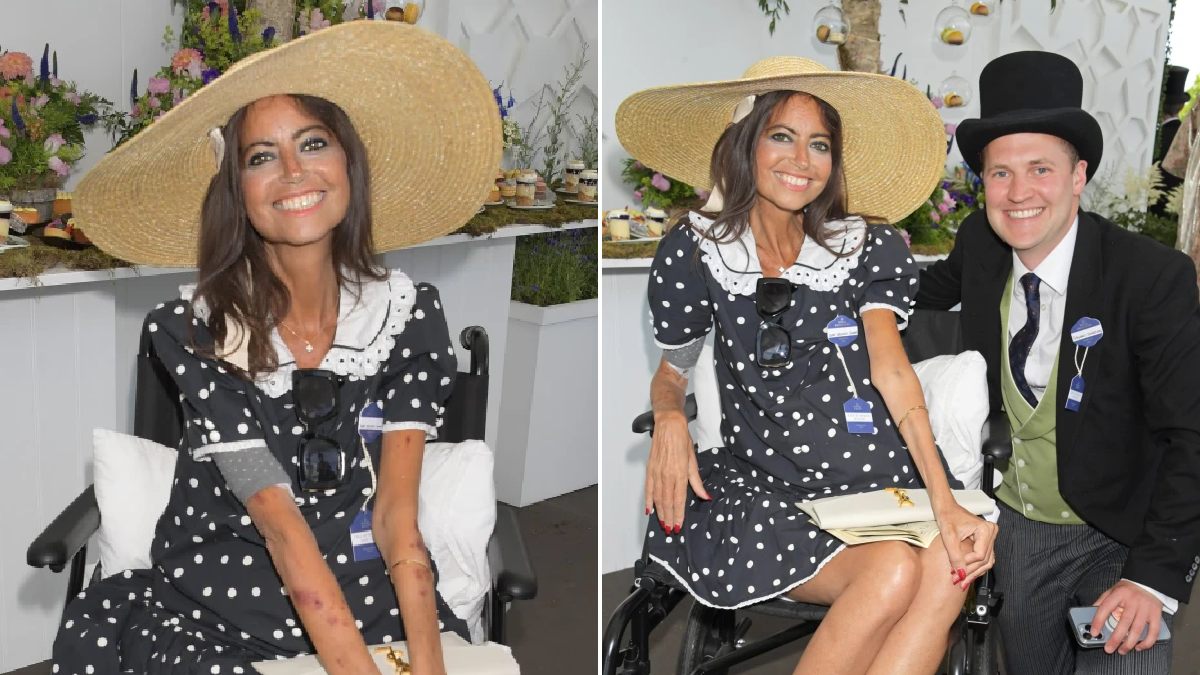 Dame Deborah James was among those enjoying the festivities at Royal Ascot on Wednesday and appeared joyful to be there, despite the sweltering heat.

The 40-year-old campaigner, who has been receiving end-of-life care at home for bowel cancer, was photographed with her brother Benjamin James at the star-studded event, which was also attended by Michael Owen.

After revealing she’s on a mission to work her way through all the cocktails while she can, Dame Deborah posed for pictures in her wheelchair and looked glam in a black and white polka dot dress with a frilled white collar.

The mum-of-two completed her look with a straw sun hat and safely stowed her sunglasses on the neckline of her frock.

Dame Deborah appeared in high spirits and smiled for snaps alongside her brother, as well as with jazz singer Natalie Rushdie.

Last week, the podcast host revealed she was surprised to still be here, and said while she is ‘stable’ she is ‘taking life slowly’.

Dame Deborah added on Lorraine: ‘I’m taking life day by day and just continuing to feel blessed to have another day knowing that my time is limited.

‘At the same time, if truth be told, I’ve already outlived, yet again, what I was told when I was sent home from the hospital.’

‘Even I’m a bit surprised,’ she added. ‘But I think it’s having that sense of purpose, getting involved, continuing with the campaigning which is keeping me going.’

Dame Deborah was diagnosed with bowel cancer in 2016 and has since kept her Instagram followers up to date with her treatments to raise awareness about the signs of bowel cancer.

She has so far raised more than £6.6million for Cancer Research UK, Bowel Cancer UK and the Royal Marsden Cancer Charity through her Bowelbabe fund on JustGiving.