Dakota Johnson’s friends were even fooled into thinking that she’s pregnant with Chris Martin’s baby. The actress laughed off the false rumors, which surfaced earlier this week, when she dropped by The Ellen DeGeneres Show on Thursday, October 11.

“That is a mighty tight outfit for someone who’s pregnant,” DeGeneres teased, kicking off the interview. When the audience stayed mum, Johnson replied: “See? They don’t even know what you’re talking about.” 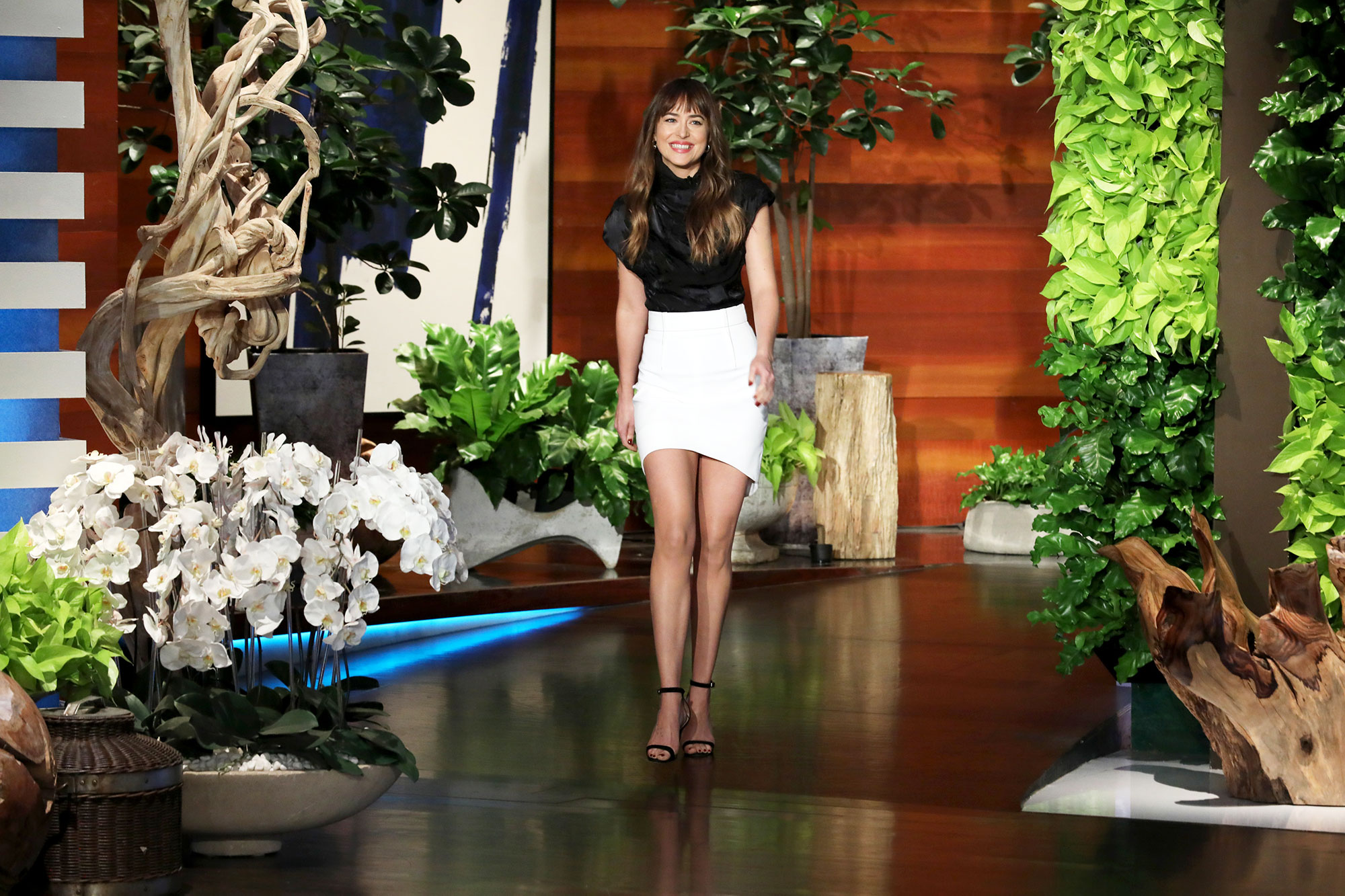 “Monday it came out that you were pregnant. So, I’m just saying … How’s that going?” DeGeneres asked.

Johnson joked: “Well, the only thing I’m pregnant with is a lot of really good ideas. But not any babies.”

TMZ reported on Monday, October 8, that Johnson was expecting her first child — a boy — with the Coldplay frontman, 41, based on a video that showed pink and blue balloons at a party. (Mom Melanie Griffith and Sean Penn were some of the guests in attendance!) But in actuality, Johnson was just celebrating her 29th birthday — and her rep told Us Weekly that Johnson is in fact not pregnant.

“It was my birthday and there were balloons that happened to be pink and blue. And so then I was pregnant? I didn’t know that the balloons were gonna to be released,” Johnson explained. “They were just in an arch. But I guess that accidentally happened — one of the ends got let go. But a lot of people congratulated me.”

Unfortunately, that meant she had to admit to the well-wishers that they didn’t get an invitation. “I had to be like, ‘It was just my birthday.’ Then all the people that I didn’t invite to my birthday knew that I had a birthday party.”

DeGeneres noted that she wasn’t asked to attend either, even though Johnson celebrated at her star-studded 60th birthday bash in February. 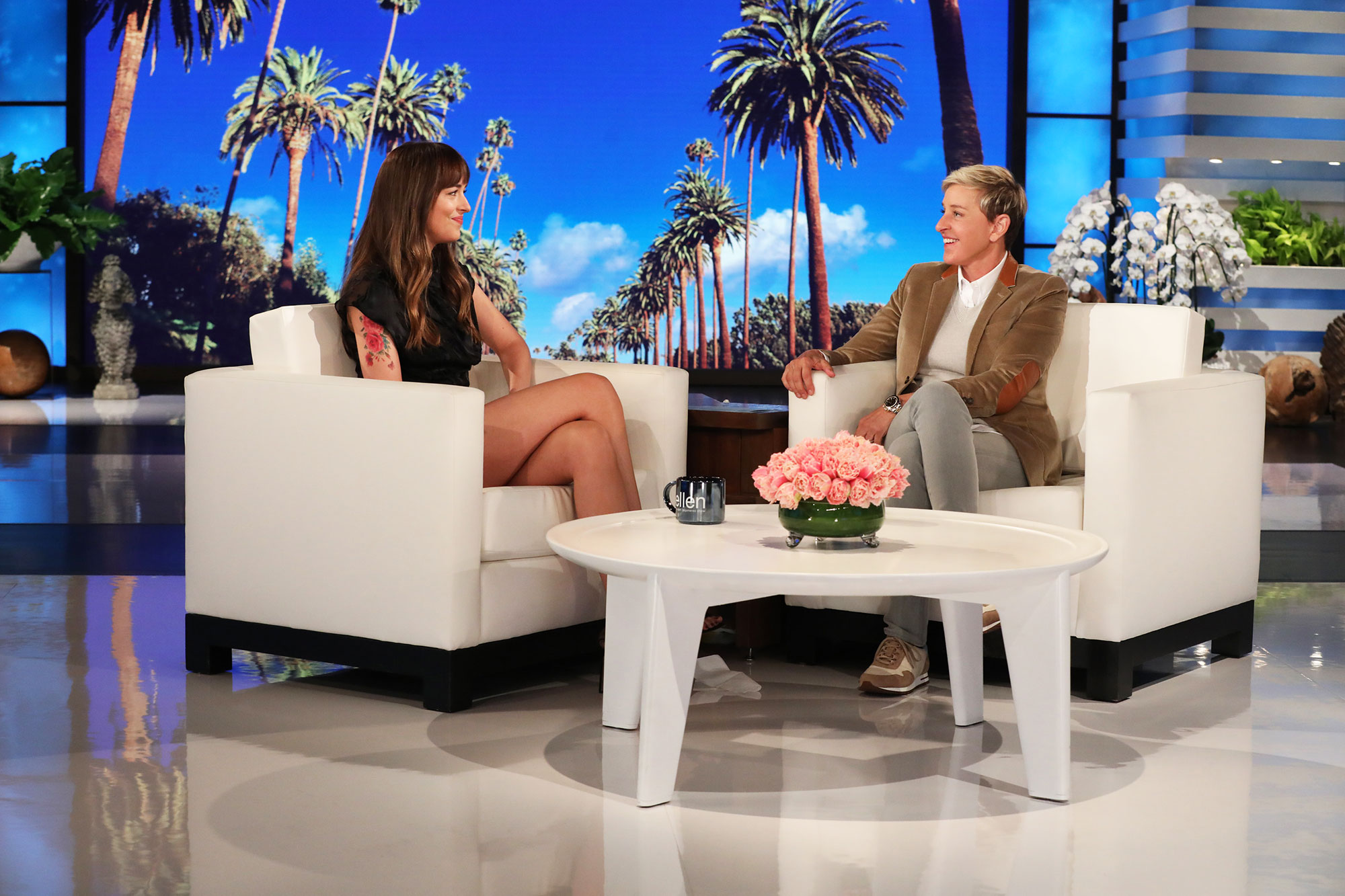 “I think I kinda crashed your birthday party. I was just arm candy,” Johnson said, without saying Martin’s name.

For the latest TV news and interviews, subscribe to our new podcast “Watch With Us” below!