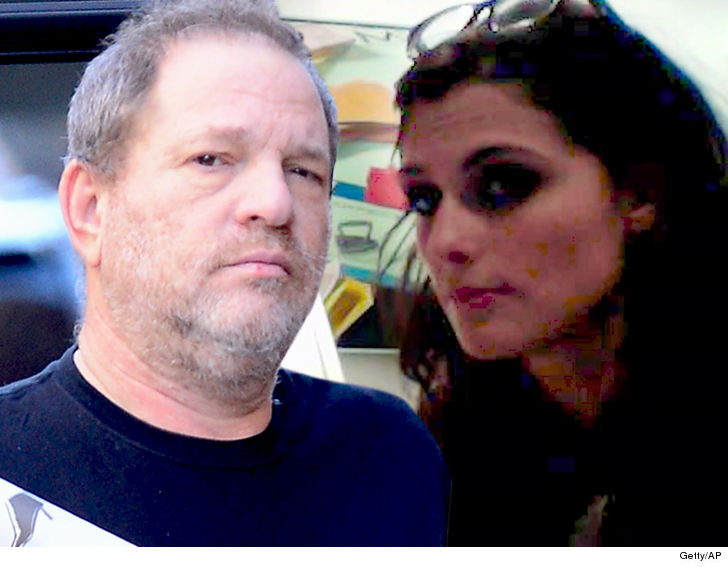 The Manhattan D.A. is having more problems with the Harvey Weinstein case … the latest being prosecutors have decided NOT to call a critical witness to prove Weinstein had an M.O. of rape.

Sources connected to the case tell TMZ, prosecutors wanted to call Melissa Thompson to the stand.  She has claimed Weinstein raped her back in 2011 in an NYC hotel room. Thompson has even filed her own lawsuit claiming she was raped.

We’ve learned the D.A. is now in possession of emails and a text message they believe call Thompson’s credibility into question.

An hour after the alleged rape, Thompson sent an email to Weinstein about a proposed business arrangement. We’re told the D.A. feels a jury would find the email troublesome. 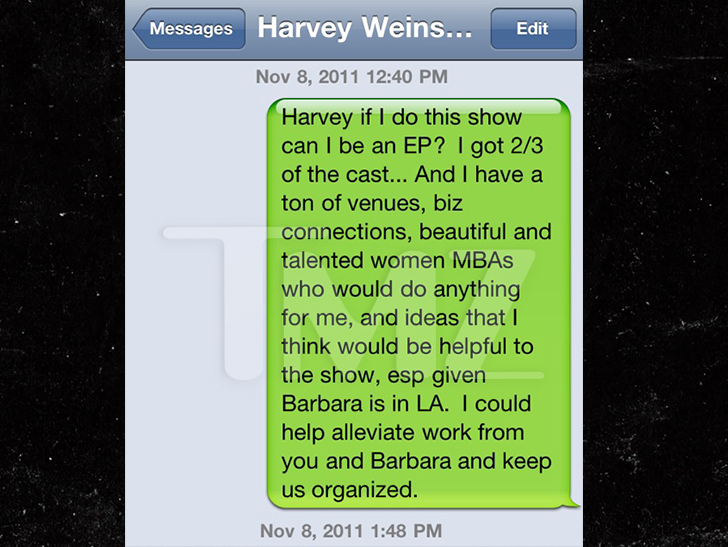 Then, on November 8, 2011, Thompson sent a text message to Weinstein, pitching herself as an executive producer on a show. The text message read in part, “Harvey if I do this show can i be an EP? I got 2/3 of the cast.”

We’re told the D.A. also has a writing from Thompson after the alleged rape, bragging about her relationship with Weinstein.

Thompson released this video of an interaction she had with Weinstein hours before the alleged rape.

This is the latest setback in the D.A.’s case against Weinstein. The lead detective is under investigation for witness tampering and withholding evidence favorable to Weinstein.

The D.A. has dropped the case involving a woman who claims Weinstein forced her to perform oral sex, after she allegedly told a friend the oral sex was consensual and she did it because she was gunning for a movie job.