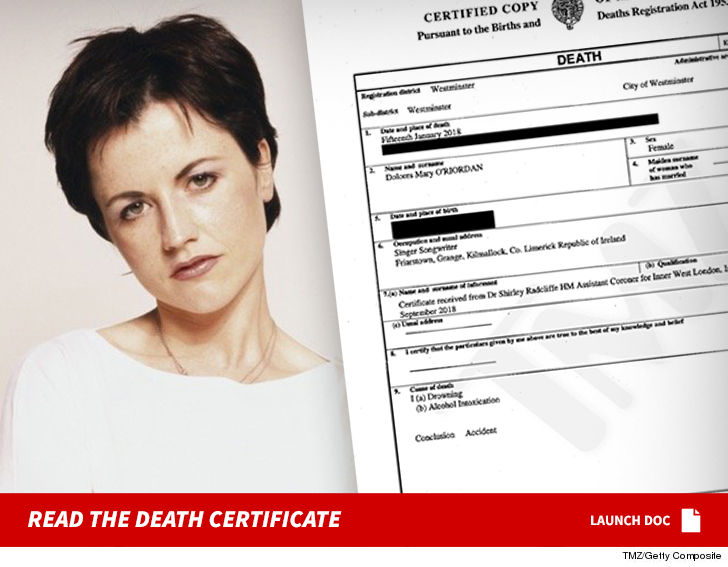 Dolores O’Riordan died when she drank too much and drowned … a sad fact confirmed by her death certificate.

According to the doc — obtained by TMZ — The Cranberries singer’s cause of death is listed as drowning and alcohol intoxication … and the conclusion is that it was an accident.

As we reported … the coroner’s report revealed Dolores was found dead in a bathtub in her London hotel in January. Toxicology results show she had a blood alcohol level that was four times the legal limit for driving.

Dolores died in January, a day before she was set to record new music with another band. Despite friends of hers telling us she was very depressed at the time — implying she may have committed suicide — she sounded upbeat and happy on a voicemail to a friend just hours before she passed.

Suicide was officially ruled out last month by the coroner, who added … “There’s no evidence that this was anything other than an accident.”

O’Riordan’s funeral was held in her home country of Ireland, where there was a massive service. 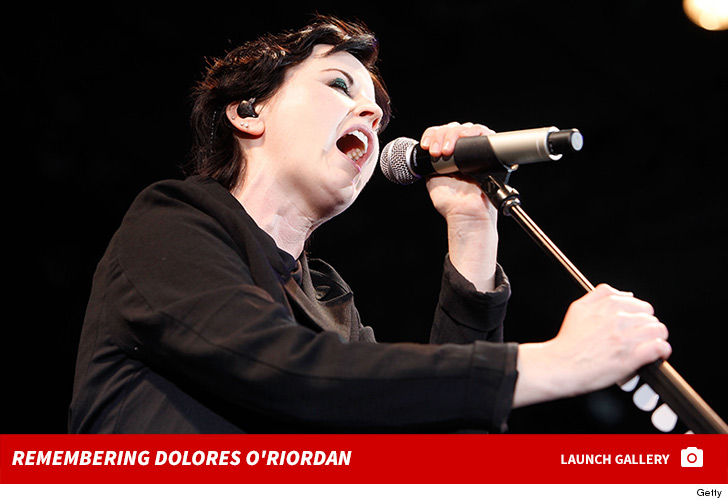