Actor Connie Britton starred in the first season of Dirty John but said the real John Meehan just wasn’t her type. Plus, she revealed which of the people involved in the shocking true crime story she met and what she thinks would have tipped her off to danger had she been in her character’s real-life shoes. 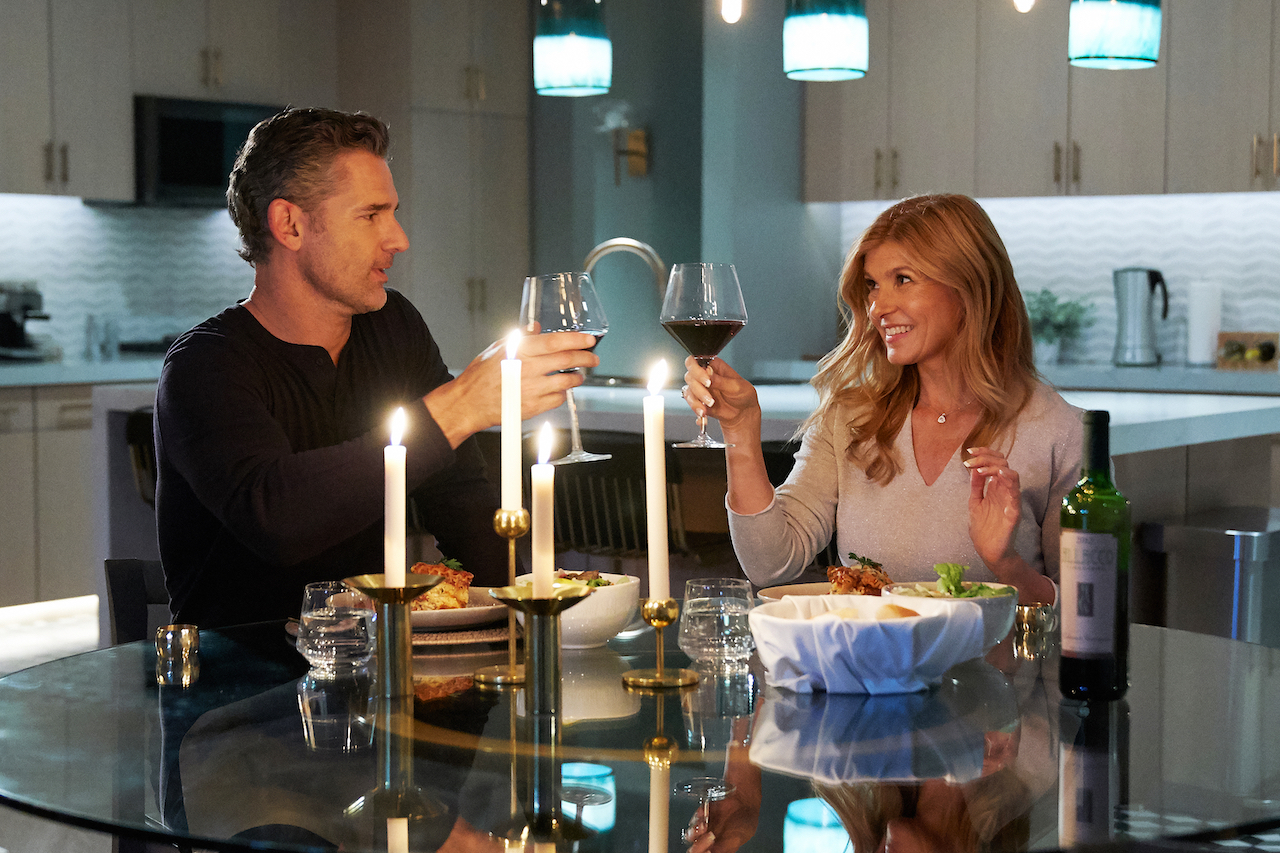 The real Debra Newell fell for Meehan in 2014. They met on a dating site for people over 50 and married after only months of courtship.

Newell was a successful interior designer with four failed marriages behind her. Meehan told her he was an anesthesiologist in Iraq and worked with Doctors Without Borders. And he made her feel special. She told People, “He’d tell me how beautiful I was, ask me about my day and rub my back.”

She said she was “infatuated” with him, despite rebuffing forward advances after their first date. Her adult children were not as smitten with him, though. They hired a private investigator who found Meehan was lying to their mother and likely stealing from her, too.

He’d just been released from prison after stealing drugs from hospitals. Plus, he had a history of conning and then terrorizing women after meeting them online.

Once confronted, Meehan turned on Newell and demanded half her income plus ownership of her business. He set fire to her car and sent nude images of her to her family while stalking and threatening her.

On Aug. 20, 2016, Meehan waited outside the apartment of Newell’s daughter Terra and attacked her with a knife. She was able to kick the weapon from his hand before using it to stab him multiple times. He died hours later on Aug. 24, 2016.

On Watch What Happens Live, Andy Cohen asked Britton to spill the tea on making Dirty John. And she confessed, though she played Newell, she couldn’t see what she saw in Meehan. “Uh. Not my type,” she shared when asked if she thought he was attractive.

Britton said she got the chance to meet with Newell and her daughters. So, she got some perspective on what happened. She noted, “Hindsight is 20/20.”

As for when she thought she might have sensed something was up with Meehan herself, she said probably when he wore scrubs everywhere. As it turned out, he was pretending to have a medical job and wore scrubs on dates to keep up the charade with Newell. But he even wore them to a formal benefit dinner, where he really stood out.

As for who might be Britton’s type, she only married once in the ’90s. But she dated comedy writer and actor Jason Mantzoukas in 2009 and told Redbook he was one of the best things that happened to her after turning 40.

“I have a great man in my life — he’s a comedy writer,” she shared, “but I probably shouldn’t say much more than that!”

Though she called the relationship “awesome,” it didn’t last. In October 2021, Britton was linked to This Is Us writer and producer David E. Windsor.