CNCO is back. The band took the stage at the Watsco Center in Miami on Thursday for 2021 Premios Juventud, in their first performance since Joel Pimentel’s departure. 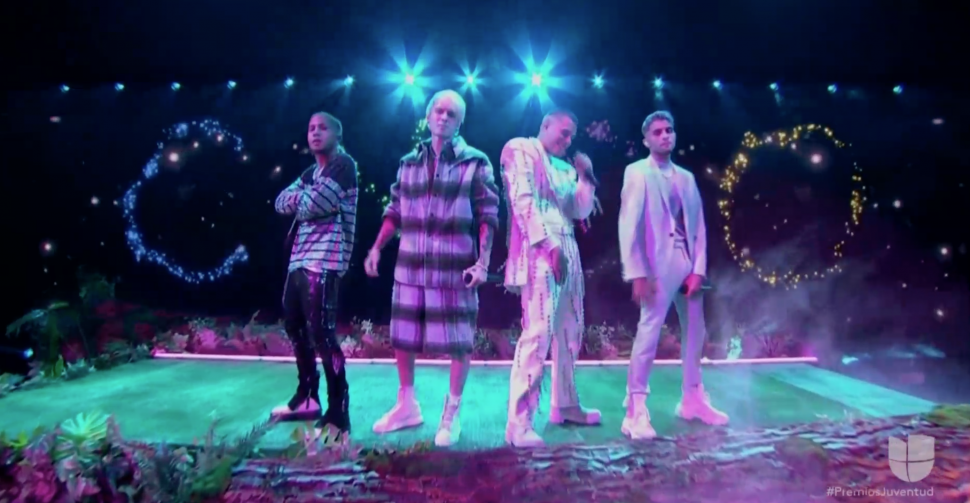 Pimentel announced in May that he would be leaving the group to pursue “new opportunities.”

“It is with a heavy heart that I announce that May 14, will be my last day as a member of CNCO,” Pimentel wrote, in part. “It’s time for me to grow and explore new artistic avenues, it’s time to start building my own path and career. That’s why I’ve decided to leave the band.”

Pimentel thanked the group’s legion of followers, sharing, “Without you, we wouldn’t have accomplished all of the most amazing things we have over the past five years.”

He also went on to thank his CNCO bandmates, sharing, “I truly wish you the best as you continue on with the CNCO legacy. We’ve lived through so much together that we’re family now.”

This year’s Premios Juventud is hosted by Alejandra Espinoza and more stars. Karol G and Camilo lead the list of nominations with 12 nods each, followed by J Balvin and Maluma, with 11 nominations each.