Ciara's Black Panther Costume Is So Perfect, Even Lupita Had to Bow Down 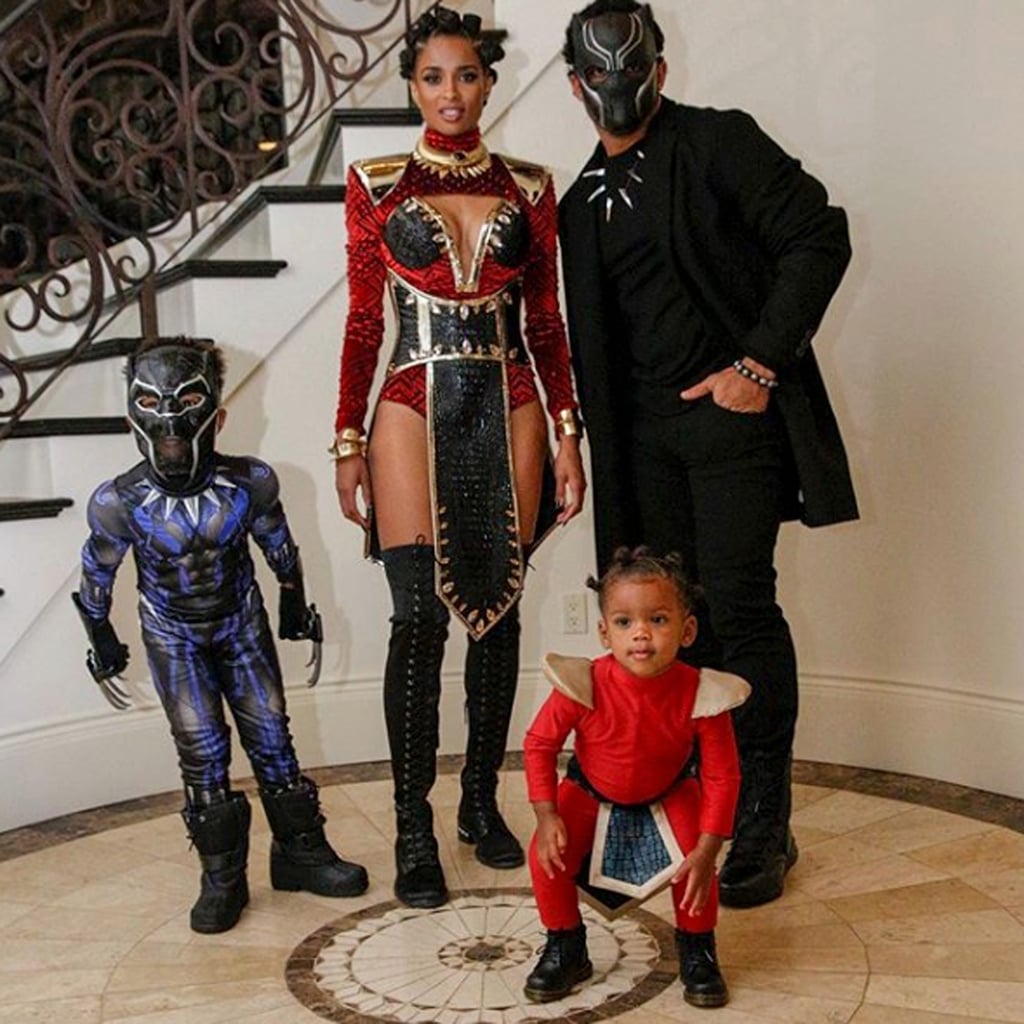 Ciara’s Black Panther Costume Is So Perfect, Even Lupita Had to Bow Down

As soon as Black Panther hit theaters in February and did wonders for the culture, we knew it’d inspire some of the best Halloween costumes this year. Lucky for us, Ciara came through with one of the best Black Panther-inspired getups when she dressed as the philanthropic, butt-kicking heroine Nakia. The “Level Up” singer posted a few photos and videos of her in character, serving looks à la Wakanda. She donned a gleaming black, red, and gold structured suit and bodice with a pair of thigh-high boots. To top it all off, she rocked a hairstyle similar to Nakia’s gorgeous knotted coiffure. Her husband, Russell Wilson, dressed as Black Panther himself, and their two children were mini versions of Nakia and Black Panther. Ciara also posted a video of her doing her best model walk with Kendrick Lamar and SZA’s song “All the Stars” from the film’s soundtrack playing in the background. The outfit was so on-point that Lupita Nyong’o, the real Nakia in the MCU, reposted one of Ciara’s videos with the caption, “My Wakanda Knots have unraveled!”

The entire ensemble has us so mesmerized that there’s only one thing left to say: WAKANDA FOREVER. Look on to see Ciara work it as one of the best Marvel characters to hit the big screen.