CHRISTOPHER STEVENS: The daft idea that became an interstellar smash

Red Dwarf was very nearly the most A-list sitcom of all time. Imagine this: Hugh Laurie as the prissy, uptight hologram, Rimmer.

Alfred Molina as his stand-in. And Alan Rickman playing Lister, the last living human and the biggest slob in the universe.

That’s the Alan Rickman who was the Sheriff of Nottingham in Prince Of Thieves and Professor Snape from the Harry Potter films.

Hard to picture him with dreadlocks, eating ice cream out of a tub with his fingers. 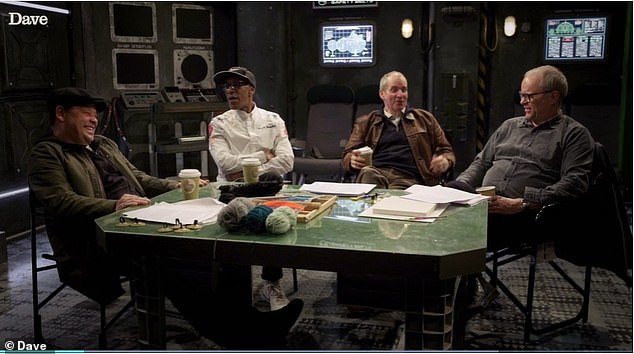 In fact, as the recent feature-length special proved, it’s funnier than ever. That’s the real significance of this three-part documentary celebration of the series

But as Red Dwarf: The First Three Million Years (Dave) made clear, the show has never lacked ambition.

Writers Rob Grant and Doug Naylor conceived it as a cross between Sigourney Weaver’s Alien movies and The Odd Couple, starring Jack Lemmon and Walter Matthau.

And why not? I’ve got an idea for a costume soap opera that combines Pride And Prejudice with Are You Being Served? — about a Georgian department store, where Mr Darcy is in gentlemen’s outfitting and Miss Bennet sells ladies’ underwear.

But I’m not mad enough to suppose the Beeb would turn it into a series.

The difference is that Grant and Naylor really did believe their show could work. They kept believing it, despite being turned down three times at the BBC.

Rickman refused the part because he didn’t fancy doing sitcom in front of a live studio audience.

He might have been right — archive footage of the pilot episode revealed the jokes were met with baffled silence. It was so bad the show had to be rewritten and recorded again.

Instead of the all-star cast, the creators ended up with a performance poet (Craig Charles), a mate who did the voices on Spitting Image (Chris Barrie), and a dancer from Lena Zavaroni’s backing group (Danny John-Jules).

And when they finally got the go-ahead to start filming, the studios were shut for 12 weeks by a strike. If ever a show seemed doomed…

Yet Grant and Naylor never stopped believing in it — and 32 years later, despite a hiatus that lasted more than a decade and a switch to the backwater Dave channel, Red Dwarf is still going.

In fact, as the recent feature-length special proved, it’s funnier than ever. That’s the real significance of this three-part documentary celebration of the series.

Its details were sometimes interesting — for instance, the discovery that John-Jules based the Cat’s walk and screeches on Godfather of Soul James Brown.

But what matters is the endless determination and self-belief of the writers. Anyone wanting encouragement for their own dreams will find it here. 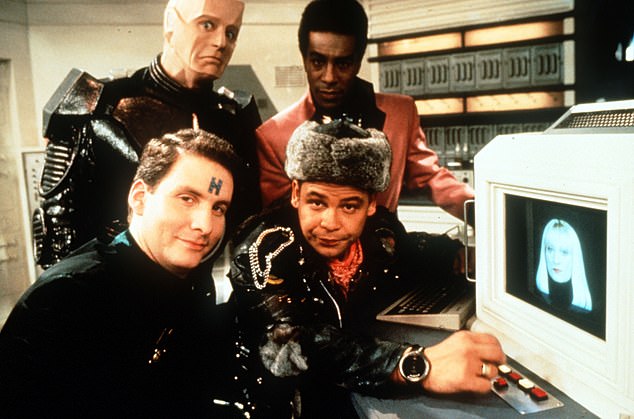 Grant and Naylor never stopped believing in it — and 32 years later, despite a hiatus that lasted more than a decade and a switch to the backwater Dave channel, Red Dwarf is still going

Actor Matt Berry’s voice-overs for odd bits of ancient news footage are becoming a long-running comedy mainstay, too. The problem is, as proved by his new 15- minute series Squeamish About . . . (BBC2), the joke is running out of steam.

When he first tried the idea, in 2015, with a couple of shorts about the Boat Race and Father’s Day, it was a surreal delight. Berry’s knack for mangling words and unravelling vowels was matched to blissfully silly scripts by Bob Mortimer.

But in order to work, the gag has to be constantly hilarious. And despite the best efforts of writer Arthur Mathews (co-creator of Father Ted), it’s not possible to maintain side-splitters for a full quarter of an hour.

There were some good lines though. Gracie Fields, enjoying a knees-up, was described as ‘the famous drag act from Rochdale — you have to say that’s a pretty convincing woman’. Well, quite.

Superhighway of the week: Dick Strawbridge was laying a garden path, in Escape To The Chateau: Make Do And Mend (C4). Raking the gravel, he said happily: ‘I’ll be able to go from my bedroom to the shed in my slippers.’ Every man’s dream.