Something’s got to give. As Frank Sinatra used to sing, when an irresistible force meets an immovable object, ‘then we’ll find out, just as sure as we live . . .’

Good Morning Britain presenter Kate Garraway is the irresistible force. She describes herself as ‘forcefully positive’, which is a bit like calling Princess Margaret ‘decidedly posh’ or Priti Patel ‘fairly bossy’. 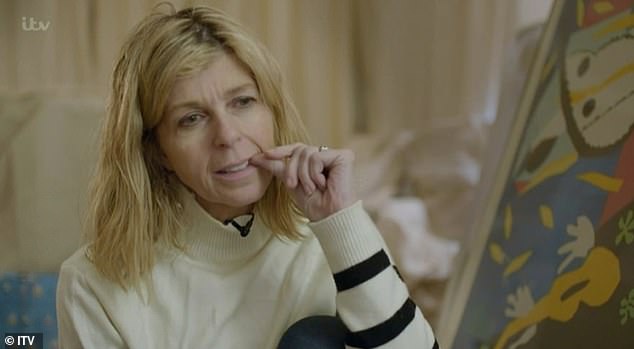 Good Morning Britain presenter Kate Garraway (pictured) is the irresistible force. She describes herself as ‘forcefully positive’, which is a bit like calling Princess Margaret ‘decidedly posh’ or Priti Patel ‘fairly bossy’

Kate attacks life’s problems with a whirlwind fervour, certain that there is always a way to attain her aims. Even when she’s exhausted, which she often was in her diary documentary, Finding Derek (ITV), she looks unstoppable.

But the immovable object is Covid. Her husband, former political lobbyist Derek Draper, was stricken with the coronavirus last March, and spent months in a vegetative coma, unable to move or open his eyes.

Thanks to months of intensive nursing, he is now at least able to speak a few words — but doctors offer little hope that he will be well enough to return home this year.

That leaves Kate’s furies of optimism to spend themselves wildly, like waves beating against a cliff. ‘I promise that I will save you,’ she tells Derek tearfully.

‘I’ve got so much to be grateful for, so much to hope for.’ She tries to see her husband’s faltering steps to recovery as ‘beautiful’.

Meanwhile, all her furniture is covered with plastic dustsheets, as a crew of builders tear off the back of her house and install wheelchair ramps. She needs to get the work done now, she says, because she won’t be able to afford it when Derek is home and she’s caring for him full time. 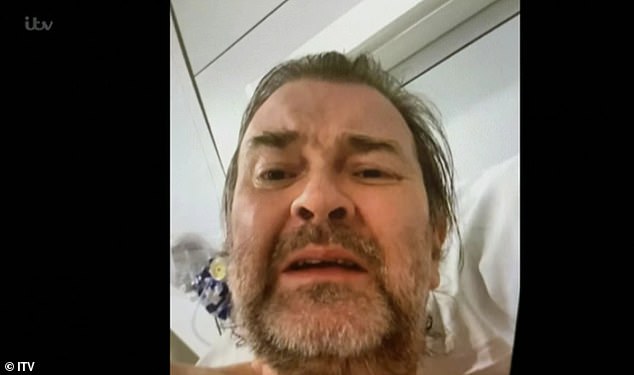 Kate’s husband, former political lobbyist Derek Draper (pictured), was stricken with the coronavirus last March, and spent months in a vegetative coma, unable to move or open his eyes

The account was piecemeal, filmed in snatches and hurried fragments over a year. There was much we weren’t told, about both Derek’s medical condition and how Kate coped with other problems in lockdown, such as home schooling for her two adolescent children.

But it was a candid look at a brave woman who is barely beginning to come to terms with her grief — who doesn’t yet know exactly what she has lost or what disabilities her husband faces in the years ahead.

Stories like this are sadly not so uncommon. It doesn’t have to be Covid: a stroke, a car crash, motor neurone disease and other conditions can inflict similar horrors.

MATCHMAKERS OF THE NIGHT

Strangers Making Babies (C4) showcased some of the 70,000 people who sign up online to have children together.

What with this, Married At First Sight, First Dates and Naked Attraction, C4 does have odd ideas about pairing people off.

Television rarely touches on them, perhaps because they are too complex to be summed up easily.

Friends offer support: Kate was buoyed to receive a call from Elton John, who said he remembered the couple in his prayers each night. But for all her positivity, there’s no happy resolution and little that can be said except how unutterably awful it must be for that poor family.

There was some resolution, at least, in the complex story of Manchester police’s war on drugs, in The Detectives: Fighting Organised Crime (BBC2).

After a long investigation, the squad managed to arrest several members of a gang that was terrorising city streets with kidnappings and beatings. Most were convicted and jailed.

The superintendent in charge claimed gangs like these were the biggest threat to UK security. Mostly, though, the thugs seemed to seize and torture each other for ransom money.

It was good to see that, whatever Line Of Duty would have us believe, real coppers don’t spout garbled streams of letters and numbers like computer code. They talk in English.

And the macho outrage of small-time crooks brought to justice by a female detective, DS Julie Connor, was quite satisfying. ‘I don’t think they like it one little bit,’ she said cheerfully.