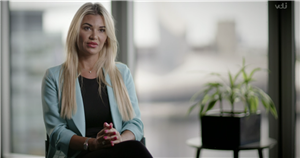 Christine McGuinness has revealed she was once approached by an "intimidating" man who refused to believe her children are autistic.

The 33 year old, who recently threw a gorgeous teepee party for her twins' birthday, opened up on the awful experience while appearing on ITV's Hidden Disabilities: What’s the Truth on Thursday 5 August.

The mum-of-three, who shares eight year olds Penelope and Leo and daughter Felicity, five, with husband Paddy, explained she was on her own when a stranger claimed she shouldn't park in a disabled spot.

"I have actually been confronted when I was on my own with the children, by a man saying that I wasn't disabled, the children aren't disabled so, 'Why are you parked in a disabled space?'" she said.

"And it was quite intimidating…"

The Real Housewives of Cheshire star went on to explain that she tries to take every opportunity to educate people on autism, but believes there's a time and place for it as she said: "that's certainly not when I'm in a car park on my own with three children."

She continued: "I think we all need to remember to be kind to each other. If there's a blue badge in the window then just believe that they're entitled to be parked there." Christine, whose mum is "doing well" after starting chemotherapy, went on to speak about her children and their behaviour.

"I think life is quite isolating when you've got young children but when you've got children with autism, the places to go are even more limited," she said, before admitting her son Leo is more unpredictable than her daughters.

The TV personality said: "Leo's behaviour can be even more unpredictable than the girls and his meltdowns can be quite physical. He can stop and refuse to move.

"When we're driving around for car parking spaces, anxiety builds up."

It comes after Christine recently shared her fears of one day needing to employ someone to help her look after her three children.

Speaking to Eamonn Holmes and Ruth Langsford on This Morning, Christine said: "I always wanted to be a mum, that's all I ever wanted. My mum was a single parent with three young children with no money and I think if she can do it, I can.

"Yeah, they have got additional needs, but I don't know any different, I just wanted to be a mum and I am a mum."

She admitted: "We will get to the point one day, especially with me working more, we're going to have to get help and to be honest, I wouldn't know where to start and it scares me, the thought of someone else looking after my children, so we try and juggle it."

Eamonn suggested: "It might scare them as well", as Christine replied: "Yeah, absolutely."

For all your updates on Christine McGuinness, sign up to our daily OK! newsletter.