Model Diamond Brown has been showcasing her pregnant belly on Instagram. She hasn’t revealed who her baby’s father is — but some fans are theorizing it’s Chris Brown.

Diamond Brown, the gorgeous model who was romantically linked to Chris Brown back in 2019, is pregnant. Diamond first announced her pregnancy on September 9 by sharing a stunning photo of herself showing off her baby bump in Hawaii. “Just when you think you know love, something little comes along to remind you just how big it really is,” she captioned the Instagram post. Since then, Diamond has continued to share pics of her growing belly, including when she celebrated her baby shower on November 7 in Los Angeles.

So far, Diamond has not publicly revealed the identity of her baby’s father. But due to her rumored past fling with Chris, 32, fans are speculating that the child is the “Forever” singer’s. In the comments section of Diamond’s Nov. 24 Instagram post, one follower said, “baby breezy is almost here.” A different fan said, “Young CB coming soon,” while a third follower even tagged Chris in the comments and congratulated him, alongside a baby bottle emoji and a teddy bear emoji.

Chris hasn’t responded to any of the speculation about Diamond’s pregnancy. HollywoodLife reached out to Chris and Diamond’s reps for comment, but we haven’t heard back. The pair were previously romantically linked in June 2019, when Chris “liked” one of the young model’s IG posts while Ammika Harris was pregnant with Chris’ second child, son Aeko Brown, 2. Diamond had also attended the superstar’s 30th birthday party in May 2019. 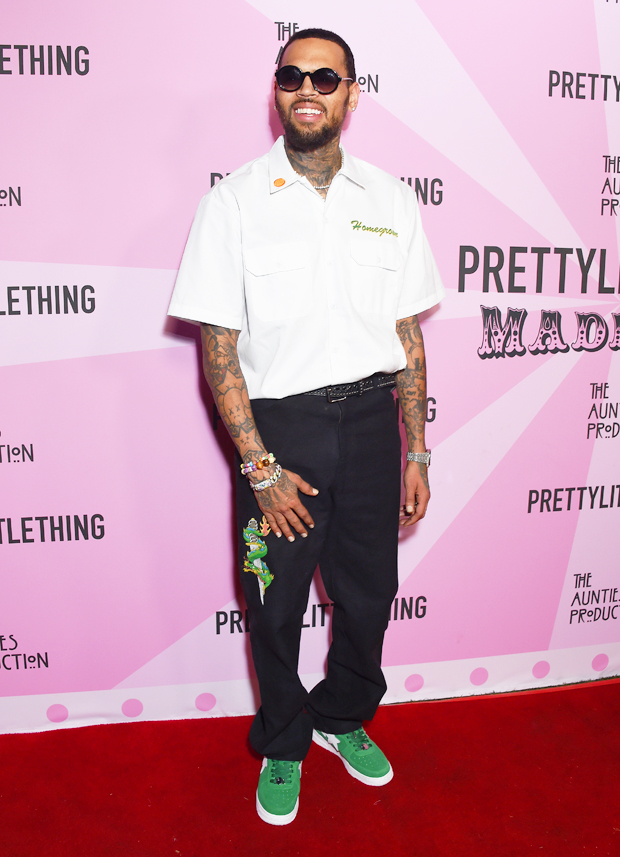 Chris is currently a father to two children: son Aeko and daughter Royalty Brown, 7. He shares Royalty with ex Nia Guzman, and they live in California. Aeko, meanwhile, lives in Germany with Ammika, which makes it hard for Chris to see his son. However, sources have previously told HL that despite the distance, Chris makes sure to go “above and beyond to connect” with Aeko. “Chris is always sending little gifts,” a friend of Chris’ said in October. “He can’t wait to continue seeing his little boy grow up.”