Chloe Goodman and her footballer boyfriend Grant Hall are expecting their first child together.

Celebrity Big Brother star Chloe, 26, revealed her exciting baby news to Closer magazine and revealed she has "wanted to be a mum for years".

Chloe told the publication that she and her boyfriend of two years Grant, 27, sped up their plans to have a child after she had a cervical cancer scare last year following a smear test.

She was diagnosed her with high-grade three abnormal cells and had a biopsy to treat the cells, as if they were not treated, it could have led to cervical cancer. Chloe said: “I've wanted to be a mum for years. I'm from a family of five girls and I've always had maternal instincts…

"When I met Grant, we agreed early on that we wanted to become parents, so it feels like everything has fallen into place".

She added: "I knew I needed to get rid of the abnormal cells and have the op but it was stressful because I worried I wouldn't be able to carry a child full-term. It sparked me into trying sooner to give myself the best chance."

QPR defender Grant is clearly as excited as Chloe to be a parent as he wrote on Instagram: “Delighted to announce the news that Baby Hall is due on May 6th 2020.

“Can’t wait for all the sleepless nights to begin @chloe__goodman.”

Earlier this year Chloe opened up about her cervical scare and how she had to have half of her cervix removed.

She told The Sun: “I was diagnosed with grade three abnormal cells which is one stage before cervical cancer.

"It was my first smear at 25 so it was so not what I was expecting." 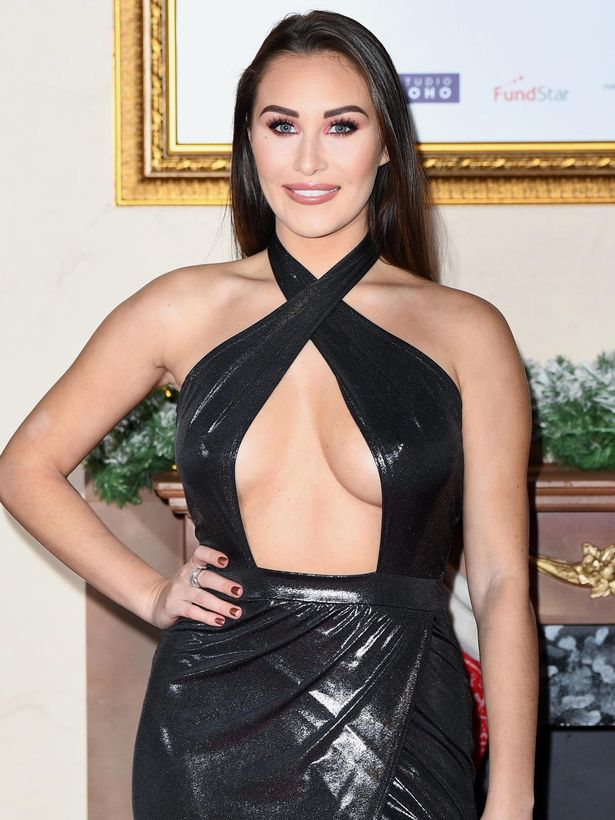 Chloe revealed that her abnormal cells were not a result of the HPV virus, which can be passed through sex.

She explained: "Not everyone has to have HPV to have abnormal cells. It's just down to genetics.

"People who have had the HPV vaccine will think they won't need to have a smear but that's wrong, you can be like me and generally have the cancer cells."

She urged women to get their smear tests and said she wants the age lowered from 25 to 21.

Speaking about her own experience and diagnosis, Chloe said: "They [the doctors] panicked, I saw it in their faces that they panicked with how severe it was. If it is that severe, the age needs to be lowered.

"I would say don't be ignorant, just because Jade [Goody]’s passing was 10 years ago doesn't mean women are not being diagnosed every single day."

While test results showed that Chloe has had no more abnormal cells develop in her cervix, she worried about struggling to have children in the future.

She said at the time: "It made me have to have a chat with my boyfriend Grant about having babies sooner as obviously I may not have a cervix left.

"The doctors warned me 'If you get past the three months marks you're not out the woods yet, it's possible you will have a premature birth'.

"I was in tears for days when they told me but my boyfriend is also quite black and white like me, so we were pragmatic about it and will see what our options are and make decisions if and when we need to."