A different form of Saturday night live. The UFC fight between Khabib Nurmagomedov and Conor McGregor took a turn for the worse following the highly-anticipated match on Saturday, October 6.

After McGregor tapped out, leaving Nurmagomedov to get the victory, the Russian athlete jumped from the ring into the crowd and began fighting with McGregor’s jiujitsu coach, Dillon Danis.

A fight subsequently broke out in the stands. Meanwhile, two men on Nurmagomedov’s team jumped into the Octagon and attacked the Irish boxer, who was recovering with his back to them. 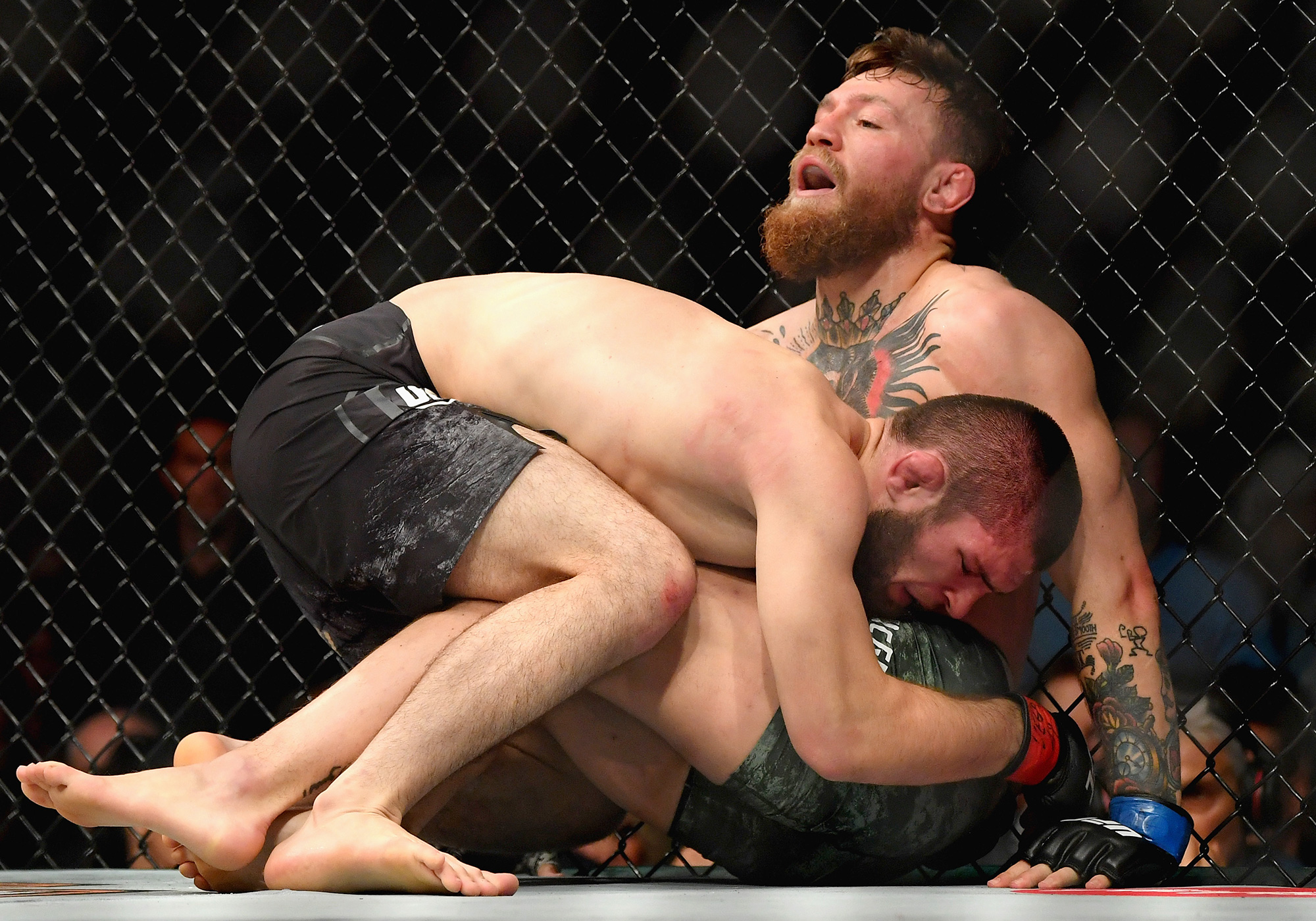 New video clips shared on Twitter seem to show that McGregor — who has called for a rematch — tried to follow his opponent out of the cage and made an attempt to attack Nurmagomedov’s coach.

UFC president Dana White spoke out in a press conference following the match and noted that three members of Nurmagomedov’s team were arrested following the incident at Las Vegas’ T-Mobile Arena. White said that McGregor will not press charges, however, Nurmagomedov “could earn a suspension” for the debacle.

“Khabib diving over [the cage] was ridiculous,” White added. “You know, you just won a great fight, you fought brilliantly, you’re about to get the belt on and people are going to respect the fact that you fought well and you won the fight. And instead, you dive over the cage and start this huge melee with Conor’s corner.”

As for what should of been Nurmagomedov’s moment of glory, White explained: “I actually didn’t allow [him] to get the belt put on because I knew what was going to happen when we did it was people were going to throw whatever they had into the Octagon, so let’s just get him out of here. … Sure enough, as soon as they started going through the tunnel, exactly what I knew was gonna happen. I was like, ‘We’ll be lucky enough just to get him out of here without the belt.’”

Chris Pratt, who was in the audience at the event, alongside Matt Damon and his wife, Luciana Barroso, tweeted in response to the occurrence. “Thanks for everyone’s concern. I’m all good! Had such a great night! It’s just like us to focus on the craziest moment of any media event,” the Jurassic World actor wrote. “But for real- post fight scuffle aside- let’s not forget the Ferguson Pettit fight.”

Drake, Megan Fox and Mel Gibson were among others also in attendance at the sporting event.

McGregor congratulated his opponent in an early morning tweet on Sunday, October 7. “Good knock,” he wrote. “Looking forward to the rematch.”