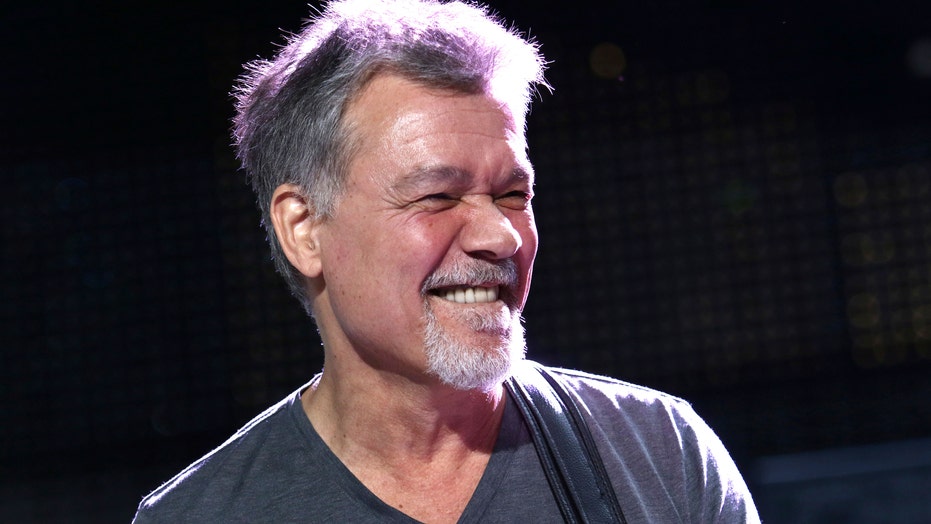 As the news broke, tributes from other famed musicians and actors started pouring in on social media.

"My heart is broken. Eddie was not only a Guitar God, but a genuinely beautiful soul. Rest in peace, Eddie! …Eddie Van Halen Dead at 65 from Cancer," wrote KISS co-founder Gene Simmons.

Ex Van Halen singer Sammy Hagar simply said, "Heartbroken and speechless. My love to the family," along with a photo of the two former bandmates.

"I lost my mom to cancer at 66.. too damn young. Eddie Van Halen was 65.. too damn young. Another lifetime of memories ahead of them should have been made. This hurts my heart. My mom and I would drive around in her car and blast Panama.. we both loved Van Halen music," said comedian Dane Cook.

Country star Kenny Chesney said he was "devastated" by the news.

"RIP A genius, musical change maker, one of the greatest to ever do it!" wrote actor David Alan Grier.

Black Sabbath co-founder Tony Iommi tweeted, “Eddie was one of a very special kind of person, a really great friend…”

KISS bandmember Paul Stanley penned, "Oh NO! Speechless. A trailblazer and someone who always gave everything to his music. A good soul. I remember first seeing him playing at the Starwood in 1976 and he WAS Eddie Van Halen. So shocked and sad. My condolences to Wolfie and the family."

Aerosmith's official account wrote how Van Halen will "be missed."

The band Nickelback penned how, "The world lost an icon, innovator, showman, virtuoso, master songwriter and perhaps one of the biggest inspirations ever to learn how to play guitar. Heartbroken to hear of Eddie Van Halen’s passing. Our love, condolences and best wishes to his his family, friends and fans."

With his distinct solos, Eddie Van Halen fueled the ultimate California party band and helped knock disco off the charts starting in the late 1970s with his band’s self-titled debut album and then with the blockbuster record “1984,” which contains the classics “Jump,” “Panama” and “Hot for Teacher.”

Van Halen is among the top 20 best-selling artists of all time and the band was inducted into the Rock and Roll Hall of Fame in 2007. Rolling Stone magazine put Eddie Van Halen at No. 8 in its list of the 100 greatest guitarists.

The Associated Press contributed to this report