Earlier this week, Gyles Brandreth tripped and then “toppled” onto his wife Michele, accidentally breaking her wrist when she fell on the pavement. The 72-year-old TV star, who regularly appears on Celebrity Gogglebox with his pal Sheila Hancock, spoke out about the incident on Twitter.

On Monday, he posted a picture of his wife’s festive plaster cast and explained what had happened.

With only days until Christmas, Gyles said he would be taking on all of the cooking duties while Michele recovers.

Alongside the photo he wrote online: “This is the festive plaster cast the ace people at Chelsea & Westminster A&E gave my wife when she broke her wrist.”

He went on to tell his 112,000 followers that the injury was his fault. 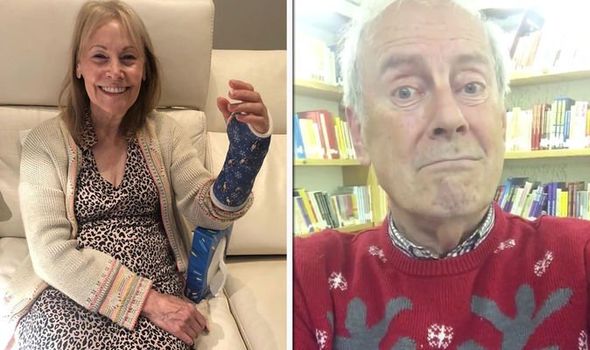 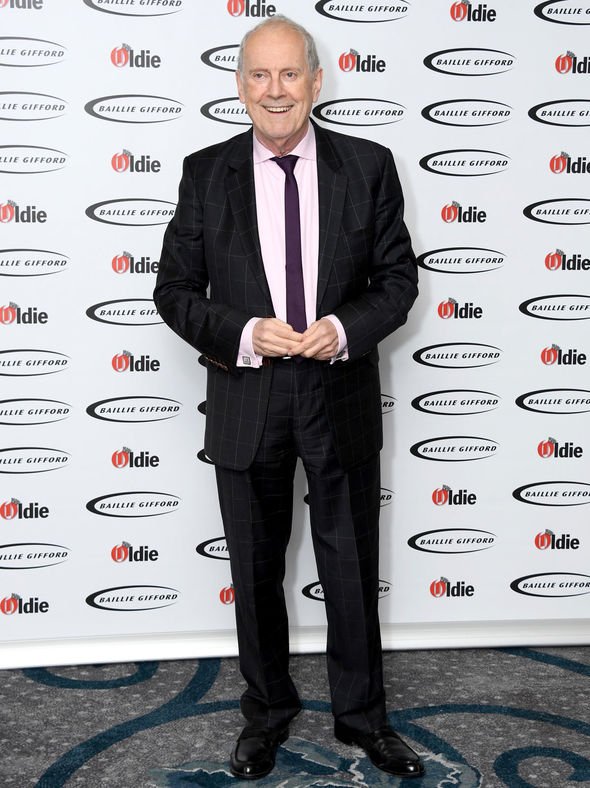 Gyles continued: “Looking in the air I tripped on a tree root & toppled onto my wife who hit the pavement! Aaargh!

Sharing an update with fans, he said Michele was “on the mend”.

“She’s on the mend happily & I’m doing all the cooking. Result,” he added.

Many took to the comments section of the post to share their thoughts and wish her a speedy recovery. 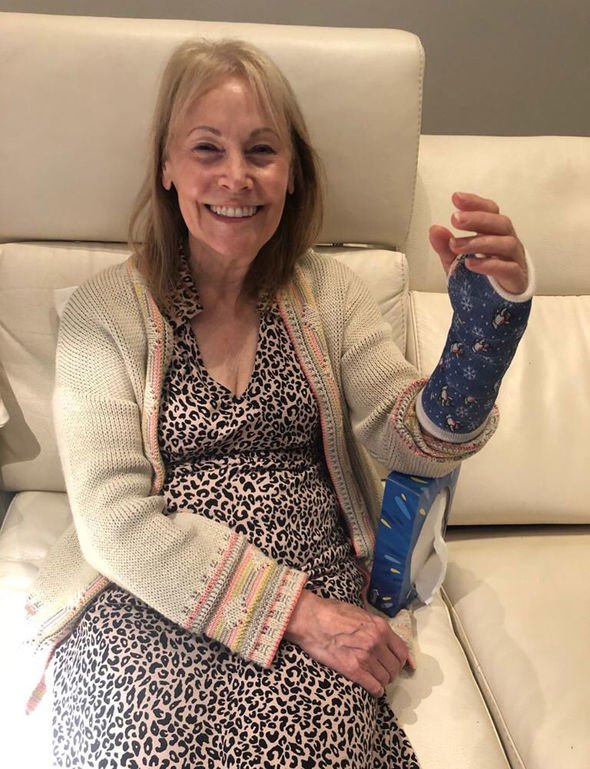 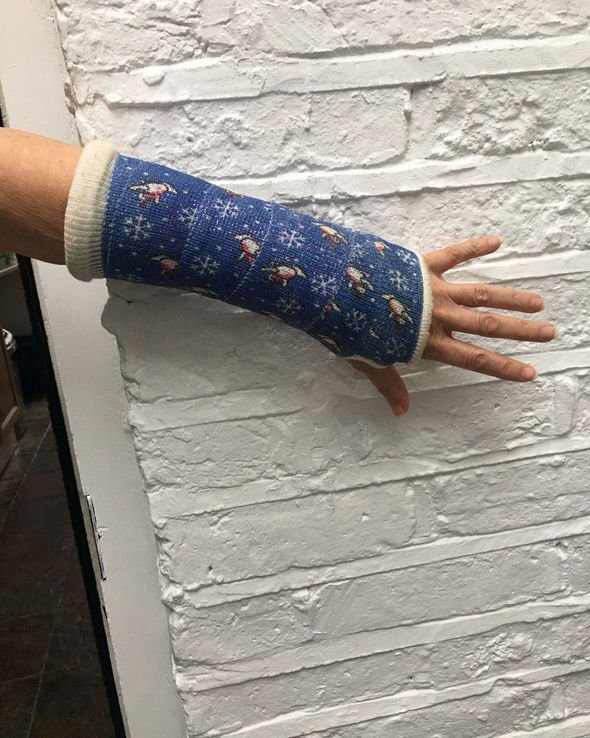 “Whoops! Not a great start to an already bummer Christmas! I bet you will spoil her rotten though,” one followers said.

“Sounds like you have quite a bit of ‘making up’ to do over Christmas!” “#Cooking #Cleaning #Washingup #BrownypointsintheRed,” another added.

“All best wishes for a speedy recovery for your lovely wife. What is a rather wonderful, stylish plaster cast though!” a third person wrote.

“Oh dear, looks as if it would deliver a good clout. Perhaps best to rein back the witticisms for a bit?” another advised.

“I was thinking baked beans on toast – just for a change!” Gyles replied.

True to his word, the writer did indeed make beans on toast for his wife – for breakfast and for dinner.

Alongside a picture of the dish, he said: “Well, she enjoyed them for supper. I’m sure she’ll enjoy them for breakfast, too.

“You can’t beat baked beans on toast, can you?” he amusingly added.

After the incident, Gyles posted a picture of his wife online and shared a message from her with fans.

She appeared to be in good spirits as she smiled for the camera with her arm in a blue cast with snowflakes on.

His post read: “Message from Michele: ‘Huge thanks for all your lovely messages – really appreciated.

“Here I am resting my arm on a box of tissues while waiting for Gyles to arrive with the next gourmet meal!

“Sending sympathy to anyone in similar circs. Thank you & Merry Christmas to you all!’”