Calvin Harris recalled a scary experience that involved doctors having to restart his heart in the emergency room.

The Scottish DJ, 36, revealed the interesting tidbit while responding to a tweet from Dancing Astronaut on Wednesday, May 20. The news outlet shared a clip from Harris’ 2014 set at the Electric Daisy Carnival festival in Las Vegas, noting how Harris “went off at EDC that summer.”

“Interesting year for me, 2014,” the “Summer” artist began. “Started with me knocking myself off number 1 in the U.K. and ended with my heart getting restarted in the ER … This sort of stuff happened in between.”

That November, Harris pulled out from performing at the MTV European Music Awards. According to BBC News, he reportedly tweeted that “heart problems” were to blame for canceling his appearance. The DJ also said that he was “heading home to see if it can be fixed.”

Harris revealed later that year that he was diagnosed with an arrhythmia. The condition is characterized with having an irregular heartbeat.

Four years after his 2014 health scare, the U.K.-born star opened up being four years sober during a Twitter Q&A. “The last thing I want to do is down 2 bottles of Jack Daniels a night, live on Greggs pasties and sleep on an absolutely stinking bus all year, scream down a mic for 55 minutes and pretend to play a keyboard 5x a week those days are behind me son,” he wrote in 2018.

Harris noted that he didn’t want young DJs to follow in his footsteps in regards to his former diet. The “This Is What You Came For” hitmaker claimed that “things are a bit less fun” without drinking alcohol, but that getting sober resulted in his arrhythmia not returning “since 2014.” 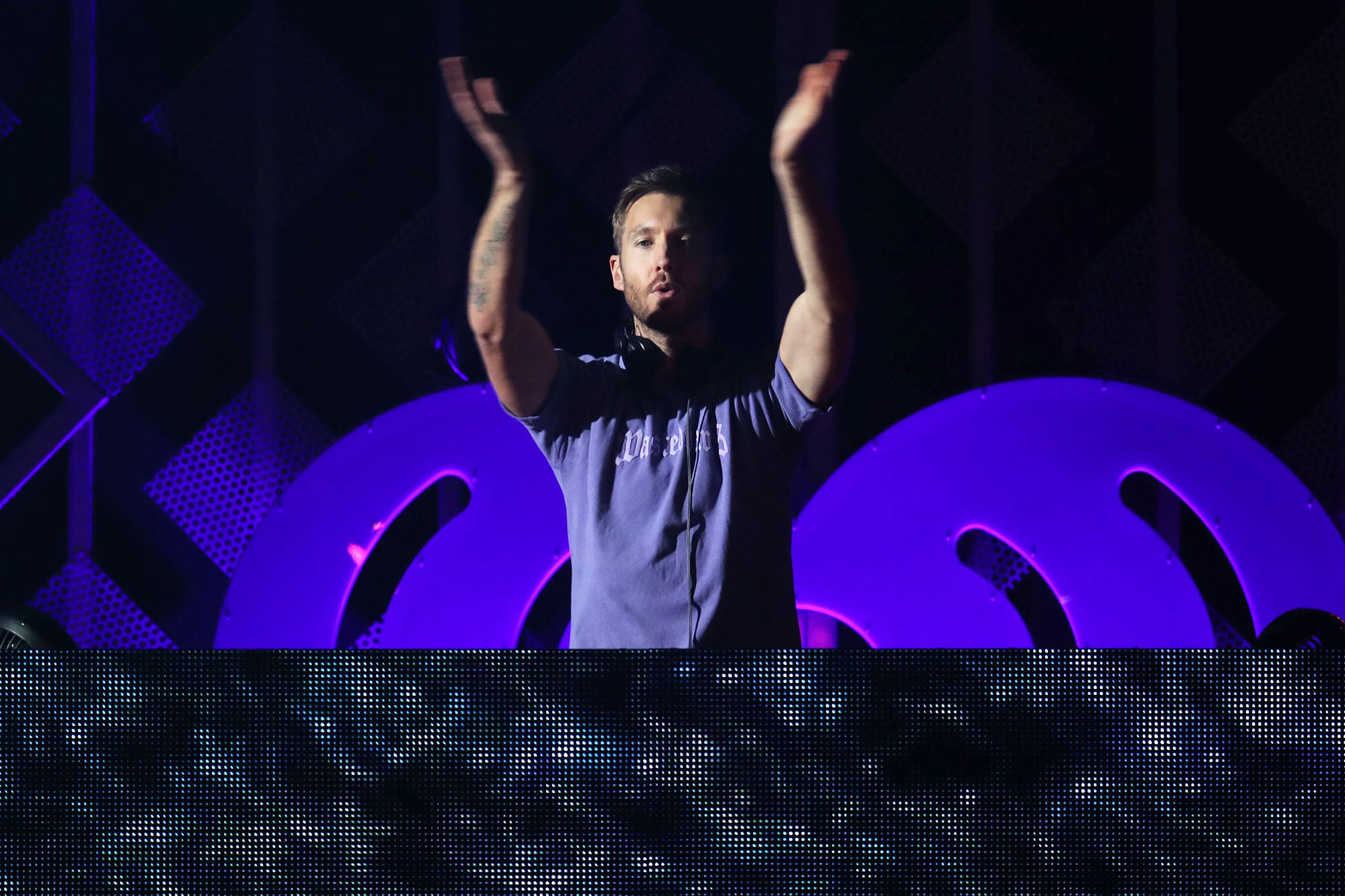 Speaking to BBC Radio 1’s Newsbeat in 2009, Harris opened up about why he quit drinking while on tour. “It was affecting my brain in the worst way. It’s hard doing what I do because you’re surrounded by [Jack Daniels]. Everywhere you go there’s a bottle of Jack Daniels,” he said in 2009. “If you turn up for a DJ set there are two, you turn up for a band gig and there are six. Where does it all go? Well, someone’s got to drink it.”

Harris continued, “That’s the problem, it has got to leave the venue. They can’t be left with booze that’s not the done thing. It ends up going back to the bus and what do you do? Go to bed or drink it? You drink it. I’m doing really well.”