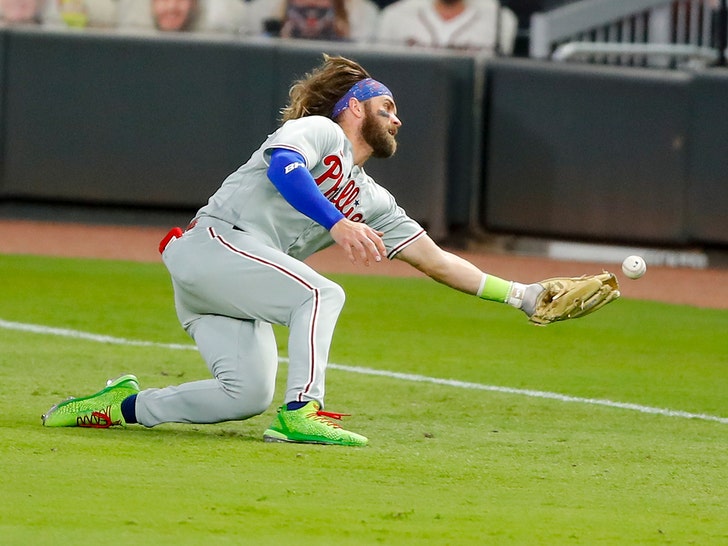 MLB superstar Bryce Harper went all out to honor Kobe Bryant on what would have been the Mamba’s 42nd birthday … rockin’ cleats, a wristband and even a Lakers jersey for the tribute.

Bryce wore all the KB swag for the Phillies’ game against the Braves on Sunday … and afterward, he showed off up-close images of it all and praised the hell out of the L.A. legend.

“Kobe Bryant was my hero growing up,” Harper said of the tribute. “It was him and my pops. If Kobe was playing I was watching.”

“The way he went about it was something that nobody else had. He was fiery, smart, clutch, and just better than everybody I believed.”

Harper says he always respected the way Kobe played on the court … but added it was Bryant’s off-court demeanor that really touched him as well.

“Thank you so much for the amazing ride you took us all on and sharing your talent and love for the sport with all of us,” Harper said. “We are so lucky to have watched such greatness for so long.”

Of course, Harper is an Under Armour athlete … so the Nike-themed tribute is truly a special gesture from the Philly outfielder.

“Kobe Happy Birthday brotha and Happy Mamba Day,” Harper said. “You are missed by so many. 8 and 24 will live on forever!!”

Seems the Kobe gear brought the Phils good luck … while Harper didn’t have his best day at the plate — Philly won the game 5-4 with a thrilling play at the plate.