Family members and friends, including some of Beatriz’s Brooklyn Nine-Nine costars were in attendance, as was gal pal Emmy Rossum.

Later in the evening, the sitcom star surprised her husband by changing into a custom Christian Siriano jumpsuit to celebrate with family and friends.

In lieu of gifts, Beatriz and Hoss asked guests to donate to one of four nonprofits, including The Trevor Project, Lake Geauga Recovery Center, Grey Muzzle Organization and the Eva Longoria Foundation. So far, donations have totaled more than $10,000. 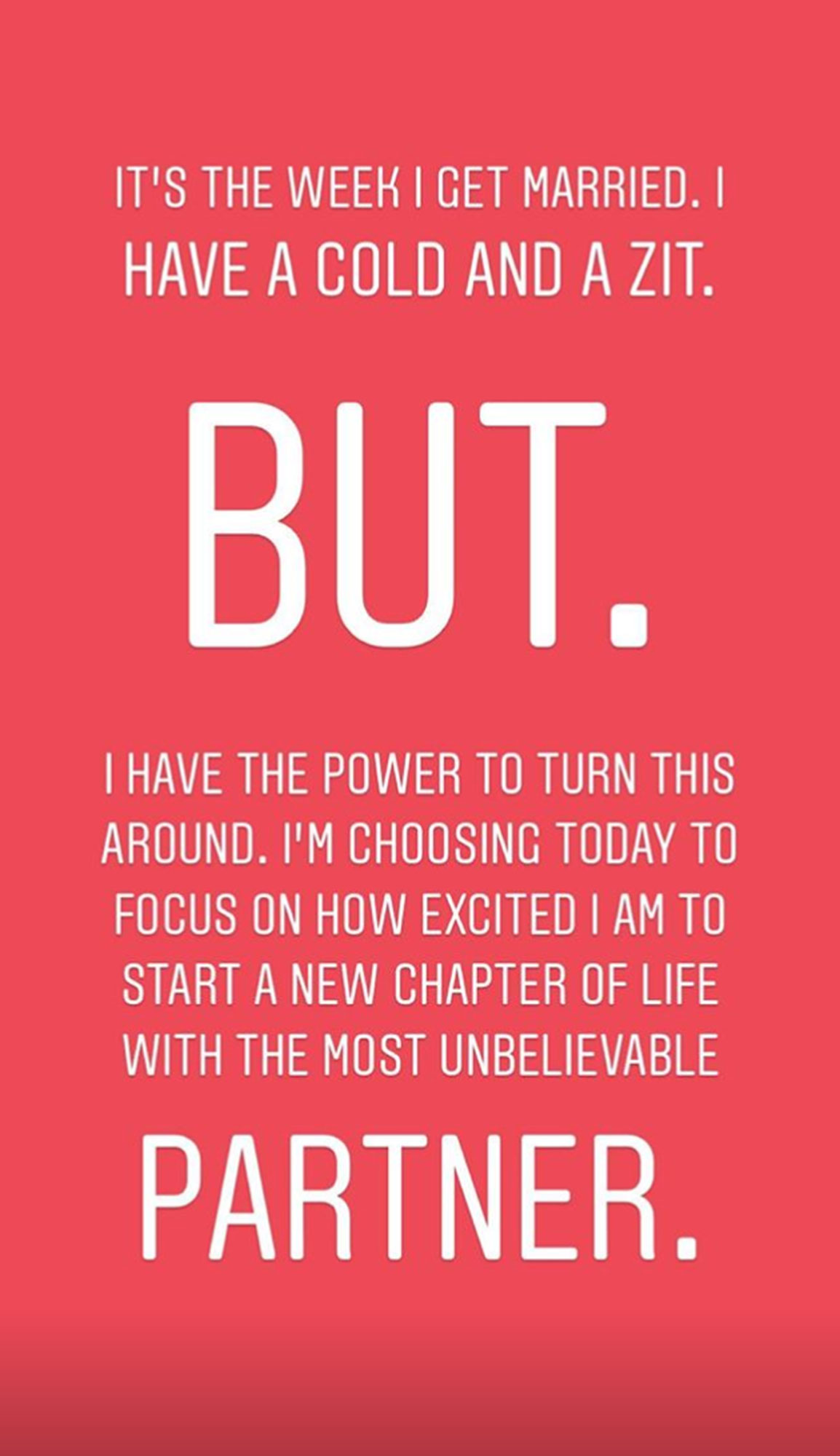 She also shared her mindset going into the event with followers on Tuesday, October 2, writing on Instagram Stories, “It’s the week I get married. I have a cold and a zit. BUT. I have the power to turn this around. I’m choosing today to focus on how excited I am to start a new chapter of life with the most unbelievable partner.”

The couple got engaged in October 2017 after hosting their first party together, where Hoss proposed with a custom rose-gold, pear-shaped morganite ring from Los Angeles jeweler Joy Smith of Communion by Joy.

Beatriz posted a snap in a veiled headband from her bridal shower at Disneyland’s Grand Californian Hotel and Spa in September. “#fbf to the most extra bride-to-be in all of Disneyland,” she wrote at the time.

The Modern Family star also had reason to celebrate along with the rest of the cast of the hit series in May, when NBC picked up the show for a sixth season after it was canceled by Fox.

Beatriz responded to the news with a tweet on May 11: “SQUAD YOU DID IT #BROOKLYN99 WILL BE ON NBC FOR OUR 6th SEASON!”