Britain's Got Talent winner Richard Jones: Magic 'means so much more' to troops 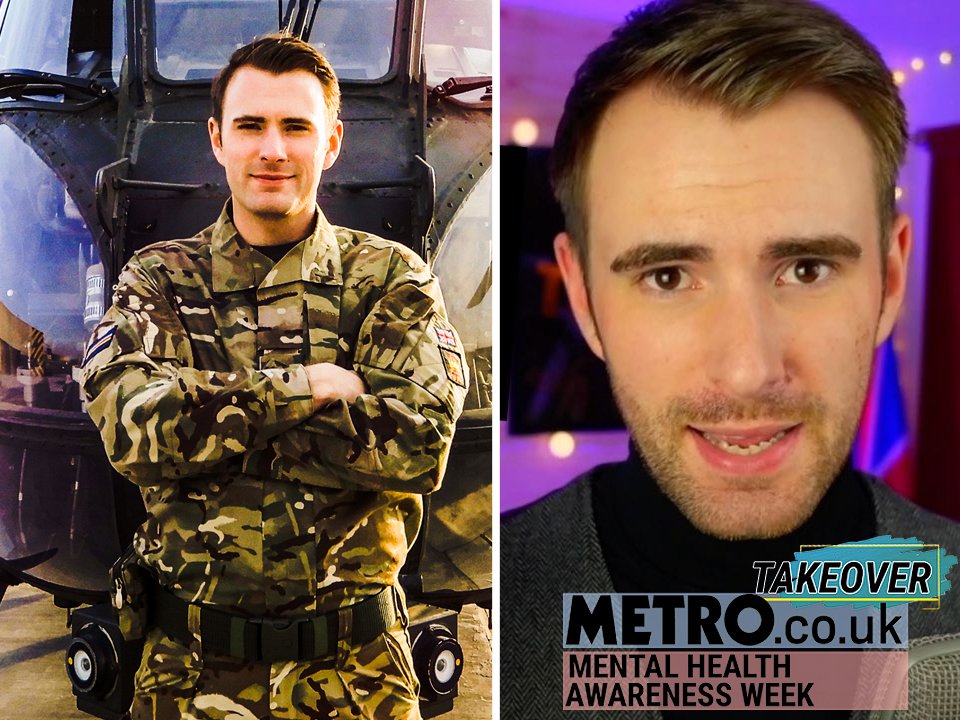 Britain’s Got Talent winner magician Richard Jones has said that magic ‘means so much more’ to troops stationed in Afghanistan because it has the power of ‘removing people from the environment that they’re currently in’.

The BGT winner and soldier talked exclusively to Metro.co.uk for Mental Health Awareness Week, sharing his thoughts on mental health, the military and how magic can be beneficial for his audiences in unexpected ways.

As well as praising Mental Health Awareness Week and its ability to help ‘highlight and destigmatise problems’, Richard commented on how audience members ‘can’t help but smile’ at his magic routines, even if they are ‘having a bad day’ – and this is particularly true in some of the most hostile places in the world.

He explained: ‘Something I realise in those situations is how powerful magic is in kind of removing people from the environment that they’re currently in and putting them in a more positive place.’

Suggesting that many in the UK are unaware that there are still troops out in places like Afghanistan, going ‘through some pretty intense situations’, Richard shared that during his 2019 shows he found soldiers out there to be ‘the most appreciative audiences that I’ve ever experienced in my entire life’.

He continued: ‘It meant so much more to them, because they had nothing else like it in their time there.’

Richard finds troops he performed to on tour ‘make a point to come over and say hi’ if they spot him in the UK, and have thanked him for having made them ‘feel a little bit more like they’re at home, even though they were kind of in the middle of nowhere for six months’.

Talking being thrust into the spotlight after winning Britain’s Got Talent in 2016, Richard confessed that, although he can succumb to the pressure of social media ‘from time to time’, the focus of his army career has helped offer balance.

‘I definitely from time to time feel under pressure to be ‘on’ and looking like I’m doing weird and wonderful things all the time’, he said.

‘But I think the fact that I remained in the Army, and I kept focused on what I was doing with my Army career at the same time, that kind of kept a sense of normality, and I didn’t feel like I was as lost as I would have done if I jumped into it headfirst without the support of the Army.’

Richard also spoke about the balancing act of his two careers, saying: ‘Lots of people were surprised that I didn’t just get wrapped up and taken away in the show business, but I get just as much – if not more – pride in serving and doing interesting things in my troop role as I do entertaining on stage as a magician.’

He also pointed out how entertainers have increased morale in troops since World War II.

Discussing the legendary Vera Lynn as an example, who died last year aged 103, he said: ‘The impact she would have had from going over and [giving] a bit of normality [to] their lives at a time [when they] were completely not normal.

‘They’re in a war zone. Just that sense of morale, that that creates, I think helps. And I think the Army recognise that.’

Richard was full of praise for the steps the Army has taken during his career to start encouraging troops to open up about their mental wellbeing.

‘I’ve seen so many times where the army has put together an initiative to highlight mental health problems and support.’

When it comes to show business, however, Richard sees less obvious progress, sharing that he feels like ‘the industry does need to open up a bit more.’

He expanded: ‘I feel like it’s not necessarily something that this industry as a whole has some sort of way of dealing with.

Richard also talked about society’s obsession with followers on social media, sharing that he felt there was ‘too much emphasis on numbers’.

He admitted: ‘I’ve been guilty of focusing on how many subscribers I’ve got or how many followers I’ve got.

‘And it’s easy to connect that with a sense of how successful you feel or how well you feel like you’re doing in life.

‘And I think that’s a big problem because something I try to remind myself now is, it’s not about how many people follow you or like your post – it’s about appreciating the people that do.’

During lockdown, Richard started doing Facebook Lives every Friday after struggling with ‘feeling a bit isolated’ after all his planned shows – for which he’d taken a sabbatical from his post in the band of the Household Cavalry until March 2022 to perform – were cancelled.

This interaction led him to a renewed sense of appreciation for his fans on social media, as he would get ‘floods of messages from people checking in on me’ if he ever shared that he had a problem or wasn’t ‘feeling too great’.

He continued: ‘I realised, actually, I’m quite lucky [with] the following I’ve got, although it’s not as big as someone who’s gone on Love Island and got millions of followers or whatever.’

Having described the ‘huge flaw’ he sees with Instagram, because it’s ‘very easy to flick through and see everyone having an incredible time and then feel down on yourself’, he explained his new level of connection with his followers was easing that sense of social pressure.

‘Something that lockdown’s taught me: it’s not about how many people see what you’re doing, it’s about the impact that you have on the people who do follow you, and what you mean to them and what they mean to you.’

If you’ve got a celebrity story, video or pictures get in touch with the Metro.co.uk entertainment team by emailing us [email protected], calling 020 3615 2145 or by visiting our Submit Stuff page we’d love to hear from you.