Billi Mucklow and Andy Carroll married after stag do controversy 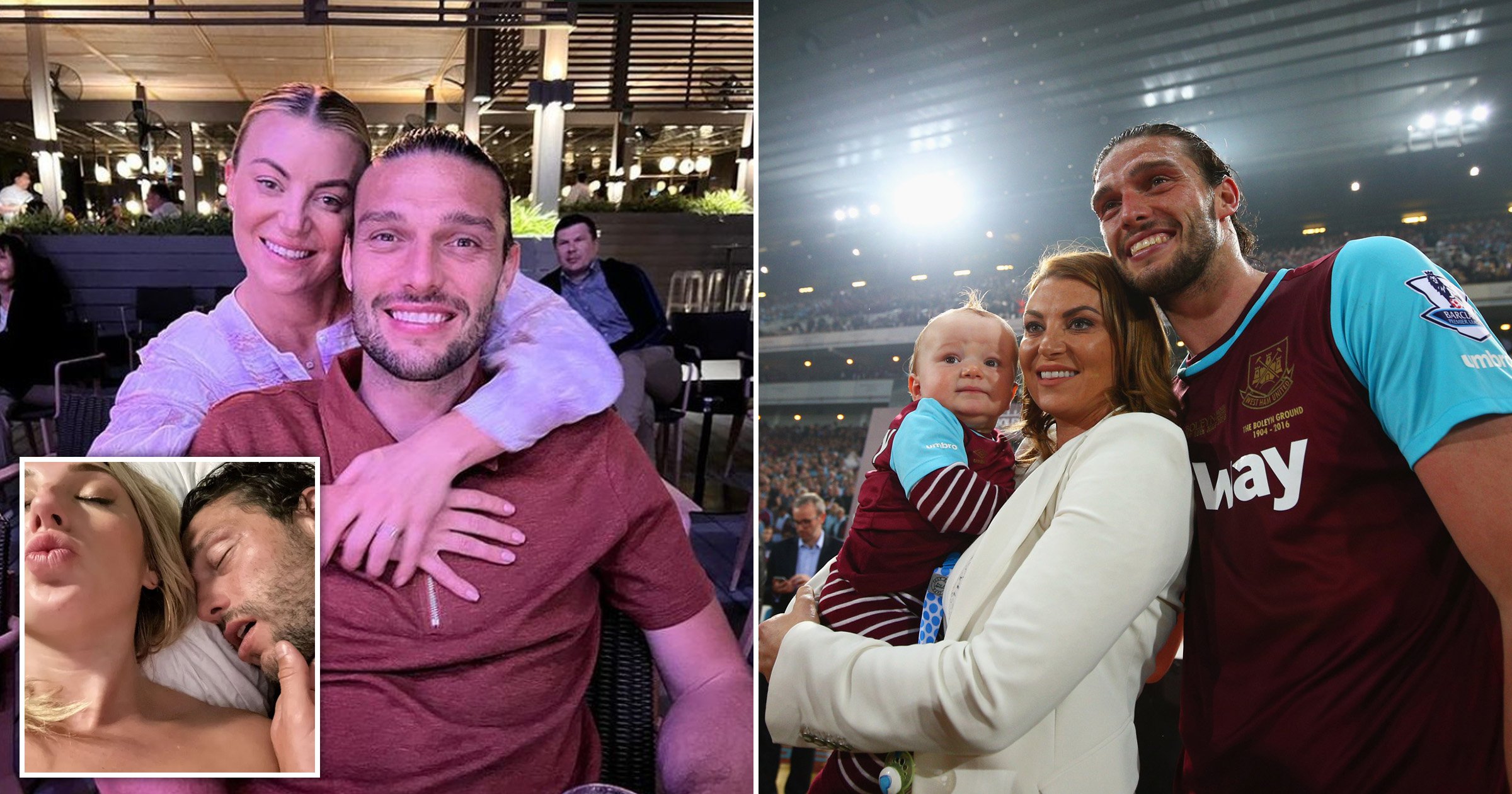 Billi Mucklow has married Andy Carroll after the footballer was pictured with a woman on his bed during his stag do in Dubai.

Andy confirmed the news by sharing a photo of the happy couple sharing a kiss.

Billie looked gorgeous in a white gown and veil, clutching a bouquet of flowers, while Andy looked dapper as he suited up.

The couple are said to have tied the knot at the Four Seasons hotel in Hampshire at 3pm on Sunday, exchanging vows surrounded by white roses.

The ceremony began with a live singer serenading the pair, with a gazebo keeping guests dry amid the rainy weather on the big day.

Guests then celebrated with champagne and cheers were heard when the couple were declared man and wife, according to MailOnline.

Andy’s children Emilie Rose, 12, and Lucas, 11, who he has from a previous relationship, were also in attendance.

The pair’s future was left uncertain when the footballer was pictured asleep with a woman, who later identified herself as Taylor Jane Wilkey, on his bed. Taylor has since claimed nothing happened between them.

Andy flew to Dubai to crash Billi’s hen do last week, two weeks before they were due to be married.

He then stayed on in the United Arab Emirates city for his own stag, and later seemingly spent the day partying.

Photographs then emerged, days before the footballer and Towie star were due to be wed, showing him asleep, with Taylor photographed on the bed next to him.

The photograph, a selfie taken by Taylor, as Andy seemingly slept on, went viral after she sent them to friends in the UK via Snapchat.

A second photograph shows Taylor in Andy’s bathroom wearing his dressing gown which is emblazoned with his name.

Andy is reported to have spent the day partying with bar manager Taylor, beginning at the Cove Beach club, before the ex-Newcastle and Liverpool star invited her and two friends to another bar and to his hotel for an afterparty.

Reacting after her selfies went viral, she told The Sun: ‘It was all just a bit of entirely innocent fun,’ adding: ‘I didn’t sleep with him, it wasn’t like that, there was three of us in the room.’

Taylor claimed that ‘Andy was steaming’ and got into bed at the hotel where he ‘passed out’ while the women remained in his room until the early hours and ‘took the photo as a joke’.