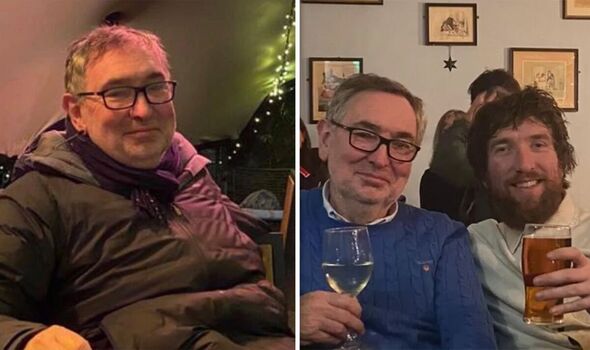 Reports that the body of BBC radio editor Aled Glynne Davies had been found first emerged a few weeks ago, but an inquest has now heard that he was indeed found four days after going missing. The beloved father was last seen in Pontcanna, Cardiff, on 31 December.

The 65-year-old’s body was found near Cardiff Sailing Centre in Cardiff Bay at about 09:40 GMT on 4 January.

Aled’s body was found in the water two miles from where he was last seen after going missing on New Year’s Eve.

The former BBC Radio Cymru employee had previously been out for a meal with his wife that evening before heading home.

His family issued an urgent plea when he didn’t return home, as he vanished without taking important medication with him.

Aled’s son Gruffudd Glyn confirmed the sad news of his father’s death a few weeks ago on Twitter, writing: “”Thank you all for your effort. It is very sad to announce that Dad has been found in the river.

“Time for us all to try to relax now. Let’s celebrate Dad x’s life Avryl, Gwenllian and Gruff (and the rest of the family).” (sic)

The Sun has reported that Superintendent Michelle Conquer said: “We continue to support Aled’s family at this very sad time and our investigation continues to determine the circumstances surrounding the death.”

South Wales Police added: “Aled’s family would like to thank everyone for all the support they’ve had over the past few days and have asked that Aled’s life be celebrated.”

The presenter’s son had previously also urged people to check their CCTV footage for any signs of his dad.

Gruffudd said his family were “incredibly concerned” about Aled and that his disappearance was out of character.

In a message to his father, he wrote: “We love you so much. Please come home.”

The worried son added that his dad is physically fragile and could be distressed.

“He has a curvature of the spine. He is on medication for a lung condition that he should be taking,” he penned.

“He gets tired easily and can walk quite slowly,” he added at the time.

“If you’re walking and you have a dog and you go on your usual path, maybe just go off that beaten track a little bit.

“Keep yourself safe as well as you’re doing that.

“Of course don’t put yourself at risk, but look to see if maybe you know he’s resting somewhere.”

BBC newsreader Huw Edwards, who used to work with Aled, also shared his concerns on social media, asking people to look out for his colleague.

“Please check CCTV from doorbells and security cameras in Cardiff,” he said.

“Diolch yn Fawr” he signed off his message, which means “thank you very much” in Welsh.