The 10-bedroom mansion at Camfield Place is preserved exactly as Dame Barbara left it 19 years ago, right down to her wardrobe of flamingo pink Parisian silk gowns, the cushion-strewn drawing-room sofa, from where she dictated many of her bestselling novels, and bureaux displaying her many personal mementos. On one wall are framed newspaper cartoons depicting her many lives; novelist, socialite and aristocrat. Two This Is Your Life books, commemorate her double appearance on the programme. Upstairs, her four-poster bed, still perfectly made up, proudly displays the Granville family crest of her ancestors.

Set in 400-acres of land, the mansion, near Hatfield, Herts, is like a museum to a past, more innocent, England. Its grounds provided a haven and summer home for a young Beatrix Potter, whose grandparents once owned it. The Peter Rabbit creator drew landscapes, birds and animals and found inspiration there.

In more recent memory, it reverberated to the girlish giggles of a young Princess Diana – who indulged her romantic dreams reading her step-grandmother’s novels – and guests have included everybody from Margaret Thatcher to Lord Mountbatten.

“The only books Diana ever read were mine,” Dame Barbara once said, adding: “They weren’t awfully good for her.”

Sadly, Camfield’s former owner died just weeks before her 99th birthday in May 2000, leaving 160 unpublished manuscripts. But she never left, having been laid to rest in a cardboard coffin in the grounds of Camfield beneath an oak tree planted by Queen Elizabeth I.

Now Dame Barbara’s eldest son and heir, Ian McCorquodale, who has remained the custodian of the estate since his mother’s death, co-owning it with brother Glen, fears with mounting maintenance costs they could lose the 19th-century mansion for ever.

He has even considered approaching the National Trust in a bid to preserve the estate and the memory of his mother. 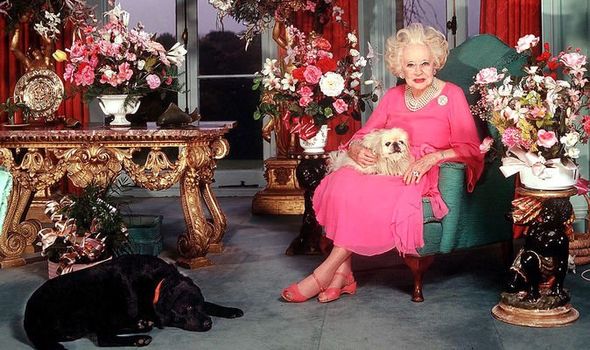 “I try not to have sleepless nights about it but I can’t help being worried,” says Ian, now 82 and having to make hard financial decisions.

“Of course I don’t want to give it up. The trustees are trying to come to a solution but it’s not easy. It’s costing a fortune to run.

“I’ve even thought of doing a deal with the National Trust – but then it wouldn’t be a home any more and everything would have to be moved. What other house has been the home of two famous authors? That’s unusual in itself.”

But despite her huge success, she left no money in her will. While her gross estate showed a respectable £1,139,123, the net value – the bottom line after debts and liabilities are set against assets – was nil. Indeed, Dame Barbara once admitted: “I have no idea what I make. My two sons deal with it all. Occasionally I ask, ‘Are we in debt?’ We always are.”

She was the formidable author of 723 novels about wilting virgins and dashing dukes. Before Fifty Shades Of Grey, the Tinder dating app and Love Island, there was only one queen of romance. 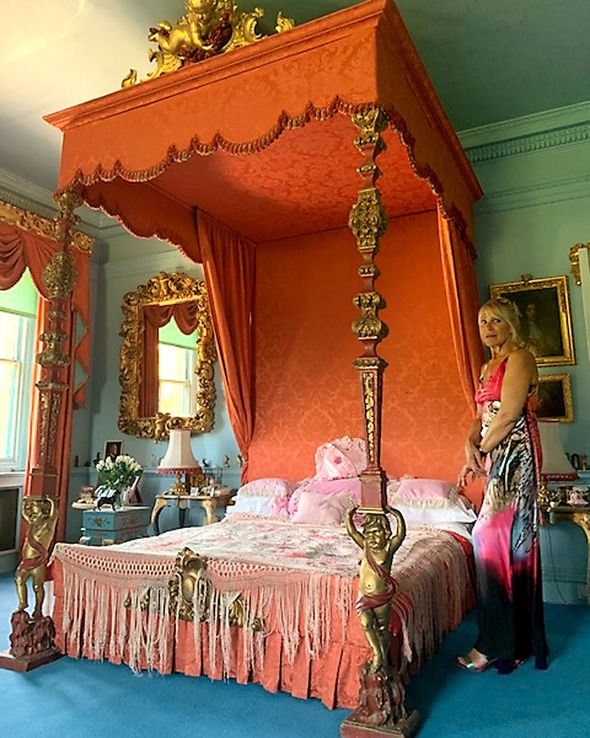 It was a gentler and, many would say, sorely-missed world of traditional courtship – brought to life in the novels over Dame Barbara’s 76-year writing career and selling, by her family’s estimate, a billion copies. With titles like The Irresistible Buck and Love Is An Eagle, they were snapped up in their hundreds of thousands.

Critics might have derided them for their wooden characters, virgins with heart-shaped faces and tiny hands and her forelock-tugging

reverence towards the upper-classes, but the sales figures speak for themselves.

Yet following the hyper-sexualisation of the swinging Sixties, there followed an explosion of raunchy bodice rippers and, ultimately, Dame Barbara’s respectable, some would say deeply old-fashioned, world went out of fashion.

Set in her ways, she refused to allow women to wear trousers in her house and believed that a marriage, no matter how miserable, should be for life. And despite her own success as an author, she felt that women should not go to work, but should rather support their husbands.

Yet clearly there is still great interest in her work and Ian has been producing her unpublished novels as highly-popular e-books.

Despite his age, Ian, a former Debrett’s publishing chairman, is arranging for the novels to be translated into Bengali.

“We are now very big in India,” he explains. 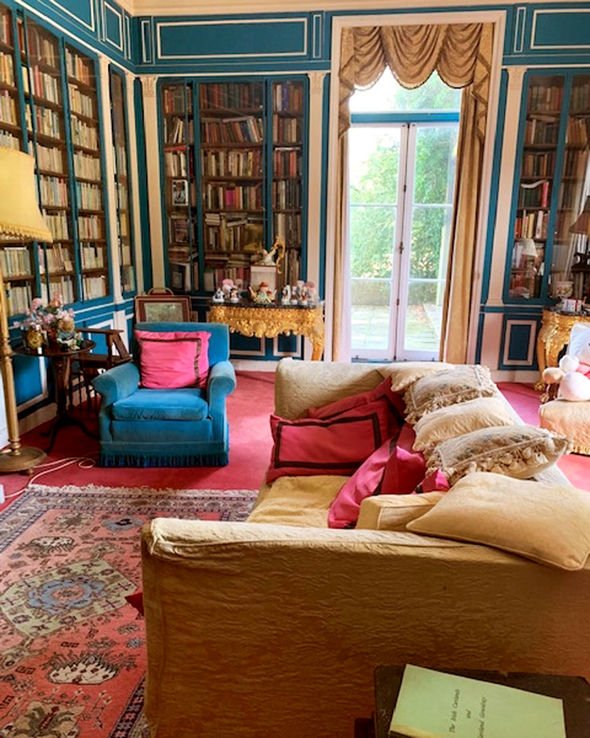 While Dame Barbara’s writings have been criticised for being outdated and schmaltzy, they retain a loyal following and the Barbara Cartland Pink Collection is available via Amazon and Ian’s own website. “I spend every day reading and editing the unpublished manuscripts before releasing them one a month – sometimes ladies write to me and tell me to hurry up because they can’t wait to read the next one,” says her son.

“It’s strange reading her words out to myself – it’s like having her back in the room with me and I can hear her barking: ‘Don’t you dare take that bit out!’”

It is hard to believe her first book, Jigsaw, a risqué novel written while she was 22 and working as a gossip columnist for the Daily Express, caused a scandal as it was based on high society behaviour. However, the book became an instant bestseller.

Dame Barbara’s own romantic life was colourful. Her first short-lived marriage to Captain George McCorquodale, produced a daughter, Raine, who became Diana’s stepmother, but ended in divorce after accusations of an affair with her husband’s cousin, Hugh McCorquodale. She married Hugh three years later and they had sons, Ian and Glen. 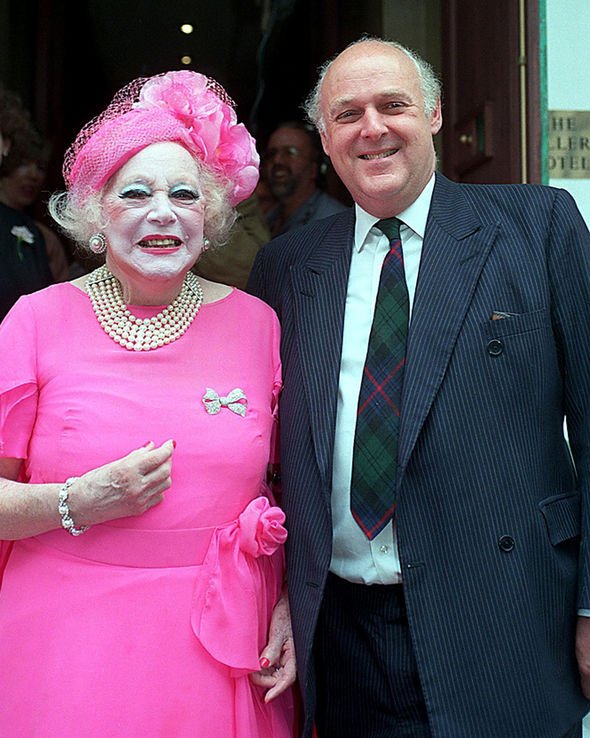 Gently spoken Ian, an Old Harrovian of shrewd intelligence and a kindly disposition, says he takes after his easy-going father and was an ideal companion for his feisty mother who later found fame as a larger-than-life regular on TV chat shows. “I travelled the world with her and she was feted,” says widower Ian, who has two daughters, Tara and Iona, from his first wife. Recently Tara and her family returned to live with Ian and he is absolutely delighted.

“I am hoping one of the girls will take on Camfield if we can find a way to keep it,” he says.

“But my latest idea is to open it up inside for TV and movie filming – that’s never been done here before but it seems like the best option. My friend did it with his house in the latest Poldark series and it’s worked for him.

“That could be the answer to all our problems. My mum led an extraordinary life and I want to see her memory and her home preserved for the future.