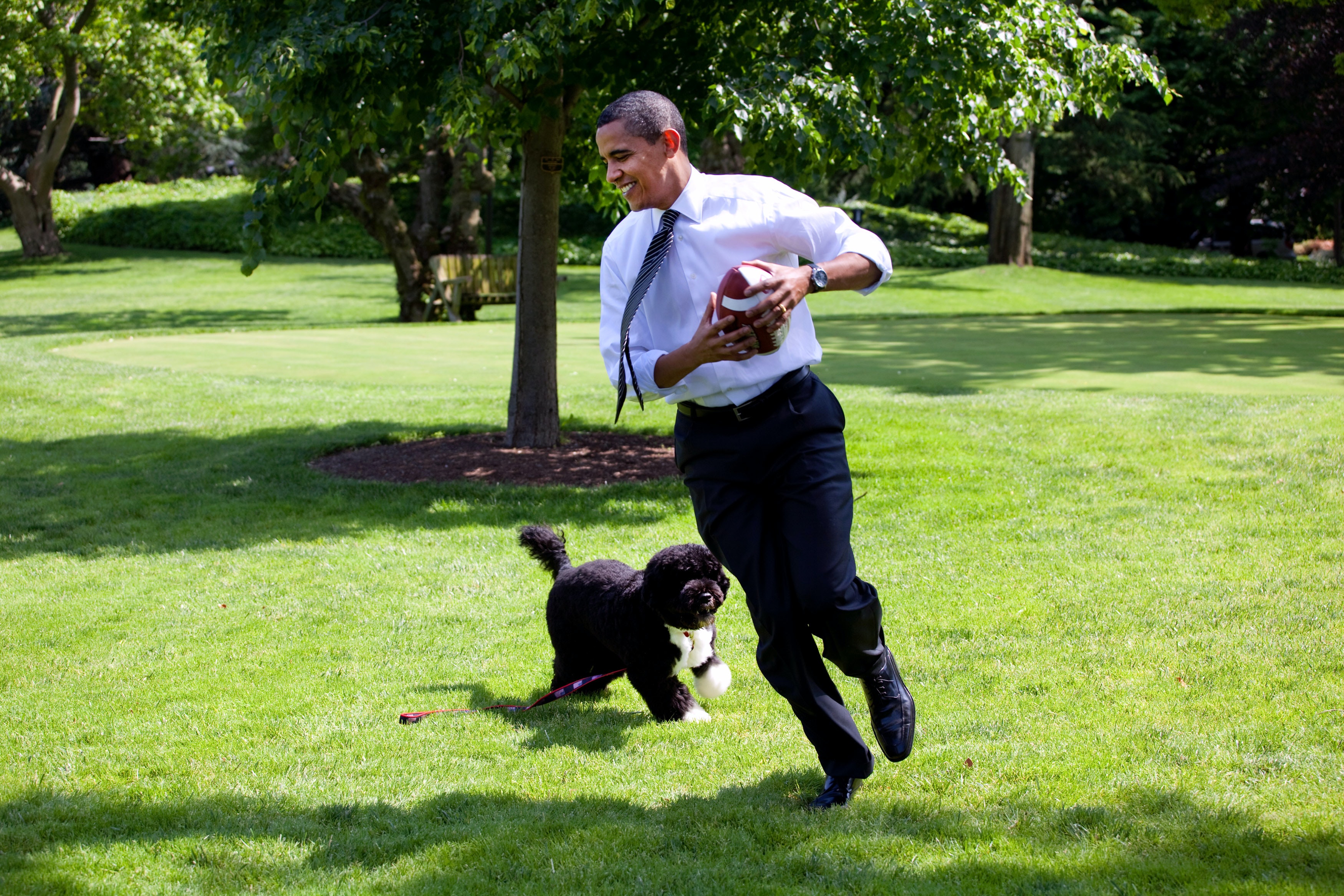 The Obamas are saying goodbye to a furry family member. On Saturday, May 8, the former first family announced that one of their Portuguese water dogs, Bo, had died following a battle with cancer. There’s no denying he was a beloved part of their lives both in and out of the White House, and Barack and Michelle Obama’s Instagram tributes after Bo’s death are bound to make you emotional.

Bo was gifted to the family by the late Democratic Senator Edward M. Kennedy, and helped fulfill the Obamas’ promise to their daughters Malia and Sasha that they could get a dog after the 2008 presidential election. He was joined by the family’s second Portuguese water dog, Sunny, in 2013.

"At the time, Bo was supposed to be a companion for the girls. We had no idea how much he would mean to all of us," Michelle wrote in a May 8 Instagram post, which featured several images of Bo fulfilling his "First Dog" duties over the years. "For more than a decade, Bo was a constant, comforting presence in our lives." She went on to reflect upon all the special moments Bo was a part of, from helping the family on a stressful day in the White House to joining them on Air Force One to being there for Barack and Michelle as they adjusted to life as empty nesters.

She also expressed gratitude that the whole family being home together during the pandemic allowed her daughters to spend so much time with Bo before his passing. "We are thankful that he lived such a joyful life full of snuggles, games of fetch, and evenings spent lying on the couch," Michelle wrote, before concluding, "Please hug the furry members of your family a little closer tonight — and give them a belly rub from us."

Barack also took to Instagram to mourn his beloved dog, complete with an iconic shot of him and Bo running down the halls of the White House together.

"For more than a decade, Bo was a constant, gentle presence in our lives — happy to see us on our good days, our bad days, and everyday in between," the former President wrote. "He tolerated all the fuss that came with being in the White House, had a big bark with no bite, loved to jump in the pool in the summer, was unflappable with children, lived for scraps around the dinner table, and had great hair. He was exactly what we needed and more than we ever expected. We will miss him dearly."