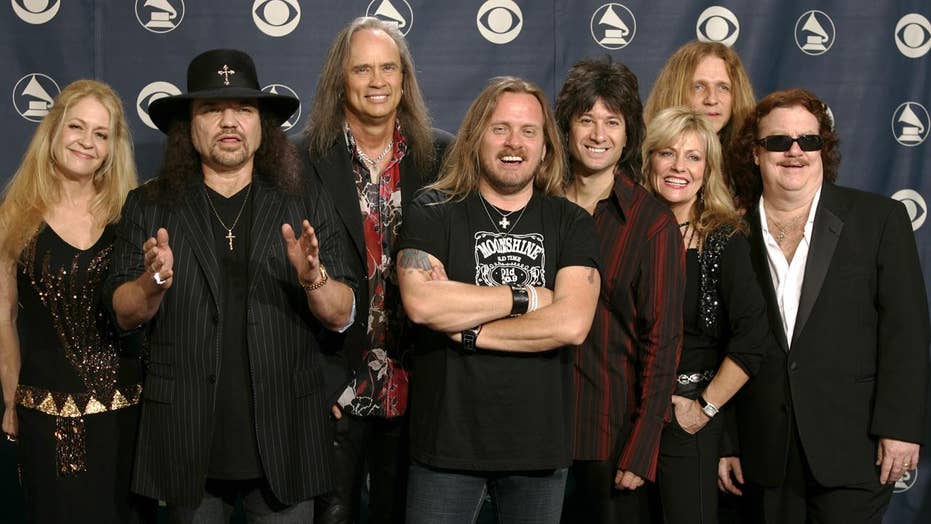 Fox411: Southern band Lynyrd Skynyrd is marking the 40th anniversary of one of classic rock music’s greatest tragedies – the plane crash that took the life of founder and lead singer Ronnie Van Zant.

The Second Court of Appeals overturned a decision Wednesday by U.S. District Judge Robert Sweet who ruled in 2017 that a "blood oath" made by surviving band members not to exploit the rock band's name and history could be upheld, effectively blocking the distribution of "Street Survivors: The True Story of the Lynyrd Skynyrd Plane Crash."

In the 1970s, the band rode the popularity of classics like "Sweet Home Alabama" and "Free Bird" to stardom before lead singer and songwriter Ronnie Van Zant died in the October 1977 crash in Mississippi. The same year, the band released its final album: "Street Survivor."

Gaines and Van Zant's heirs, as well as founding lead guitarist Gary Rossington, sued the filmmakers in 2017 for working with former drummer Artimus Pyle on the film. However, the Second Circuit Court of Appeals lifted Sweet's injunction, allowing Cleopatra Films to move forward with the movie, according to the Hollywood Reporter.

"Cleopatra did not sign the Consent Order," the opinion stated. "The Order was sealed when entered, although Cleopatra became aware of its existence before it had spent any significant amount of money to make the Film. The District Court applied the Consent Order to Cleopatra because of its relationship with Pyle, who was a party to the Order."

The Second Circuit opinion continued that Pyle is allowed to make a movie about his experiences with reference to Lynyrd Skynyrd as opposed to a movie about the history of the band.

"That crash is part of the 'history' of the band, but it is also an 'experience' of Pyle with the band, likely his most important experience," the Second Circuit noted. "Provisions of a consent decree that both prohibit a movie about such a history and also permit a movie about such an experience are sufficiently inconsistent, or at least insufficiently specific, to support an injunction."

Evan Mandel, a lawyer for Cleopatra Records Inc. and Cleopatra Films, said in a 2017 Manhattan court filing that Sweet's ruling did not disclose the "specific parameters" of relief to the plaintiffs.

Sweet ruled at the time that the film relied, in part, on the memories of Pyle, who joined as the group's drummer in 1975. The film focuses on Pyle, his relationship with other band members, particularly Van Zant, and events during and immediately following the plane crash.

Pyle was critically injured but survived the crash, as did founding band member Gary R. Rossington.

Sweet said in his ruling that a dispute after surviving band members decided to commemorate the 10-year anniversary of the crash with a tribute tour resulted in an agreement defining when the parties could use the band's name, its history or the name and likeness of Van Zant. Pyle signed the agreement, writing "Under Protest" adjacent to his signature. He performed until 1991, before signing a termination agreement.