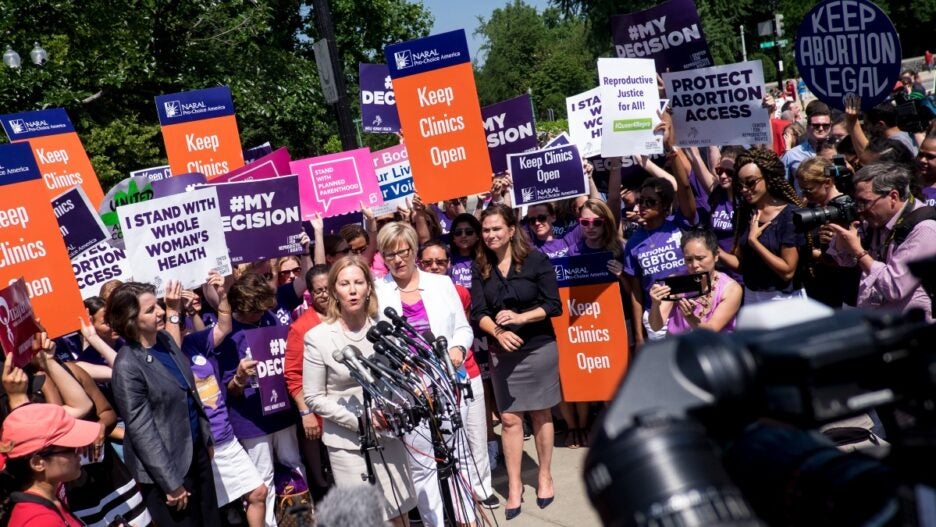 In a midnight ruling almost 24 hours after a draconian antiabortion law took effect in Texas, the conservative majority on the U.S. Supreme Court denied a request to stay the law.

The majority decision, which was unsigned and was not listed as a per curiam, permits the law, which bans abortion at just 6 weeks and makes no exceptions for rape and incest. But most chillingly, it creates what amounts to a framework for legitimizing vigilante extremism. The new law will be enforced by private lawsuits which can be filed by anyone, even if they live out of state or have no personal connection to the case, against almost anyone they believe to have been involved in an abortion that violates the restriction. Anyone who succeeds in such lawsuits will receive a $10,000 bounty from the state of Texas.

In a scathing dissent, Justice Sotomayor said: “The Court’s order is stunning. Presented with an application to enjoin a flagrantly unconstitutional law engineered to prohibit women from exercising their constitutional rights and evadxe judicial scrutiny, a majority of Justices have opted to bury their heads in the sand.”

“This is untenable. It cannot be the case that a state can evade federal judicial scrutiny by outsourcing the enforcement of unconstitutional laws to its citizenry,” Sotomayor continued, later adding, “The Court has rewarded the State’s effort to delay federal review of a plainly unconstitutional statute, enacted in disregard of the Court’s precedents, through procedural entanglements of the State’s own creation,” she continued.

In a separate dissent, Justice Kagan said: “The Court thus rewards Texas’s scheme to insulate its law from judicial review by deputizing private parties to carry out unconstitutional restrictions on the State’s behalf,” and noted that the Texas law was in clear, and indeed undisputed, conflict with Roe and Casey.”