ARLENE PHILLIPS: There’s no ‘Strictly curse’ but with intimate days, intense nights and parties – it’s no wonder the sparks fly!

There are few things that are more intense than the closeness of a dance-floor relationship — as proved by the weekend’s revelations.

Anyone who has ever been entwined in an Argentine tango — when you ravel and unravel your legs between your partner’s limbs — will understand just how sensual dance can be.

Performing the steamy South American tango can be as intimate as sharing a passionate weekend with a lover.

The professional dancers are brilliant at what they do, and they are teaching their celebrities to do something that is both new and exciting. The teacher is the dominant partner, and just being in the presence of that knowledge is a thrill. The Strictly dance relationship is intense, and if there are any weaknesses in your relationship it will totally exploit them. Pictured Seann Walsh and partner Katya Jones

And, of course, there are the dances, so many of which are very physical.

Is it surprising that a relationship — fleeting or everlasting — can develop on the dance floor when you are in such close proximity to someone of the opposite sex for 50-plus hours a week?

The professionals are leading, signalling which way you go, which way your body turns. It’s all very exciting.

You have to trust your dance partner, which is a factor, but you also have a unique bond that comes from creating a believable story together every week. Making people believe that you could really be in love.

For the majority of performers, it’s pure fantasy; you meet, work hard, share an exciting night of dancing, and succeed or fail in the competition on that.

Only your dance partner knows how that moment feels, and yes, occasionally, it can boil over into true passion.

I think Brendan Cole and Natasha Kaplinsky in season one really set the stage. They had such an intense dance partnership and were an incredible couple together.

There was something almost magical about his strength and her vulnerability that just exploded on the dance floor. 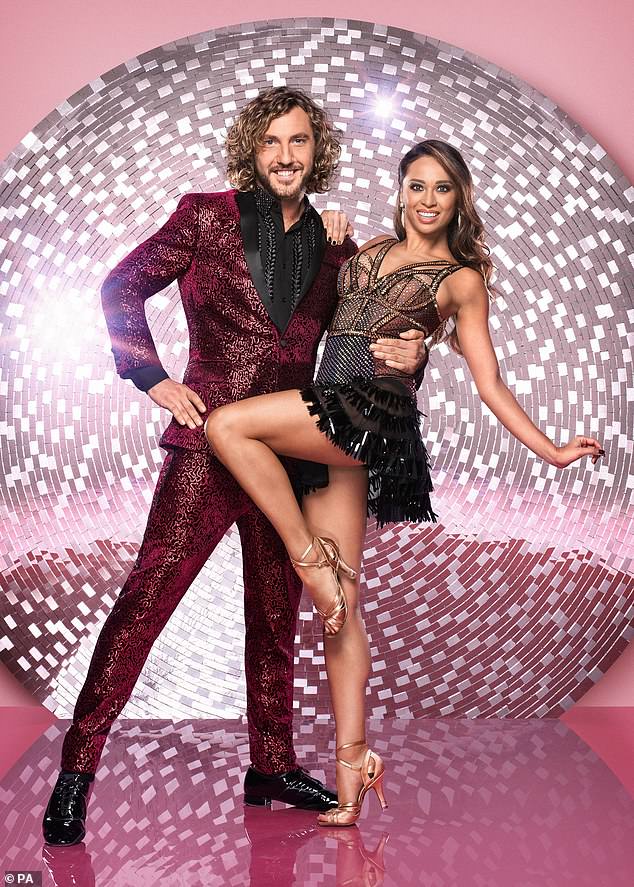 Is it surprising that a relationship can develop on the dance floor when you are in such close proximity to someone of the opposite sex for 50-plus hours a week? Pictured, Seann Walsh and Katya Jones 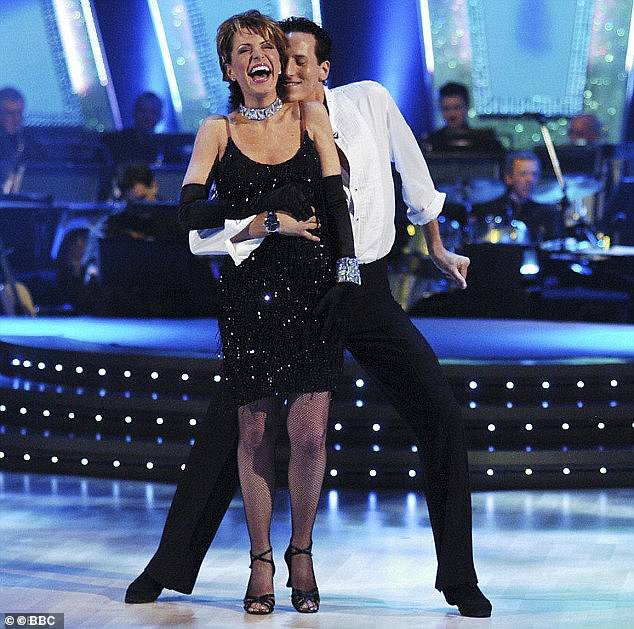 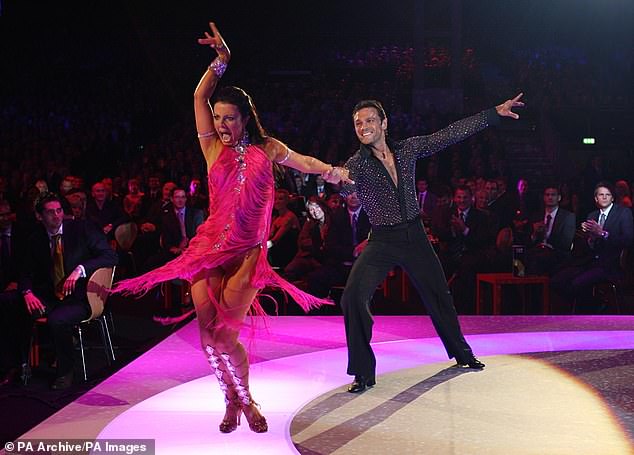 I fell in love with cricketer Mark Ramprakash in 2006 when he and his partner, Karen Hardy, did the Argentine tango, one of the most passionate dances in history

You could see it unfold as she came out of her shell, every week growing in confidence. He was so big and tall and she was so slender that just his hand on her back was something stunning.

But that said, even couples about whom there have been no rumours of romantic involvement can produce dances so passionate they are intoxicating to watch.

I fell in love with cricketer Mark Ramprakash in 2006 when he and his partner, Karen Hardy, did the Argentine tango, one of the most passionate dances in history.

That’s the power of dance and the excitement of Strictly.

And just because sparks do fly, it doesn’t mean that the judges or the viewers can tell.

Take Flavia Cacace and actor Jimi Mistry — I would never have guessed they would become a couple after the 2010 series.

She, of course, has had relationships with two of her celebrity partners — the first with ex-EastEnder Matt Di Angelo.

She was in a long-term relationship with fellow dancer Vincent Simone when series five started in 2007, but it soon emerged that they had split up. Matt and Flavia were runners-up and started dating soon after the show finished.

Then, after they had split up, she went on to date Jimi, and they married in 2013.

They were good dancing partners, but I would never have guessed they would get together.

They have been the making of each other in their relationship — that’s the wonderful thing when dance can lead to great happiness.

If sparks do fly, you don’t necessarily see it on the dance floor — you see it afterwards.

The intensity of those Saturday nights, then going out partying, drinking: it can be like a pressure cooker waiting to let off steam. 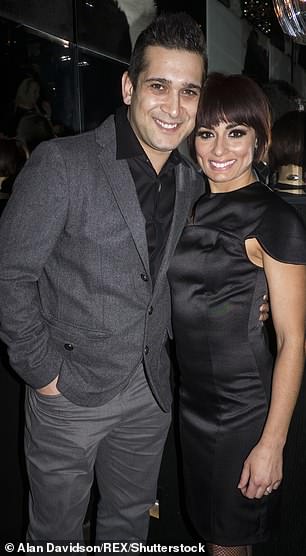 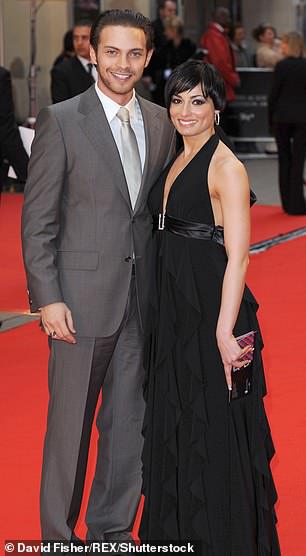 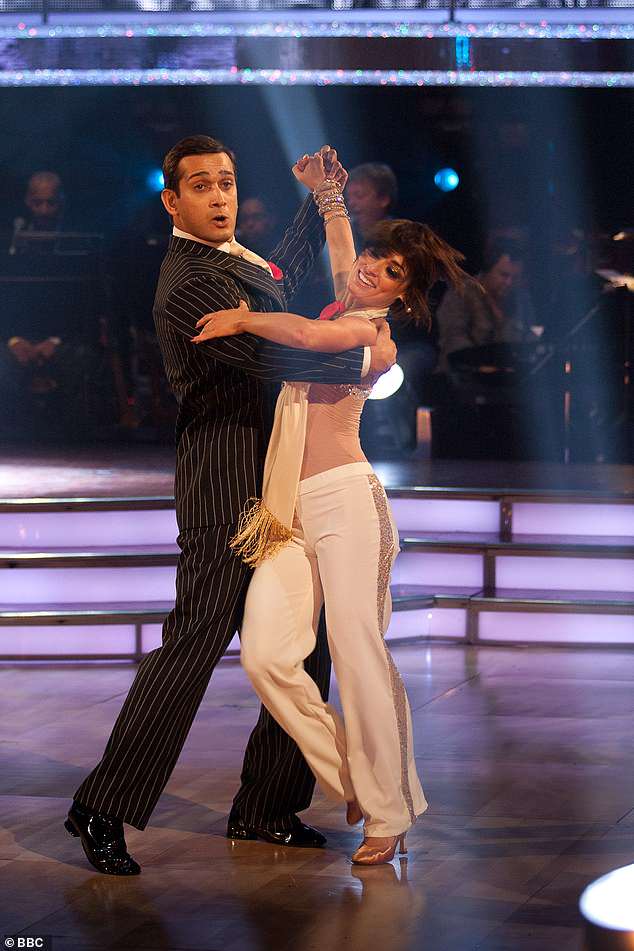 Rehearsals are very intense. Couples spend long days in the studio and then have perhaps a 14-hour day on a Saturday before the live show. Going for a drink is often the way to defuse before it all starts again the following day.

Then you have the celebrity who has to travel — they might be staying in a hotel. If you are pushed together it can be very easy to wrap yourself in someone else’s arms. You are so physical in the dancing that it is easy at the end of a long day to just be with that other person.

I’ve lost count of how many relationships I’ve seen grow between dancers over the years.

I, too, have had many relationships on the dance floor. My most passionate was with a brilliant French dancer, who has sadly passed away, and I can tell you that there is nothing quite like dancing a pas de deux with someone who excites you more than anyone you have ever known before. 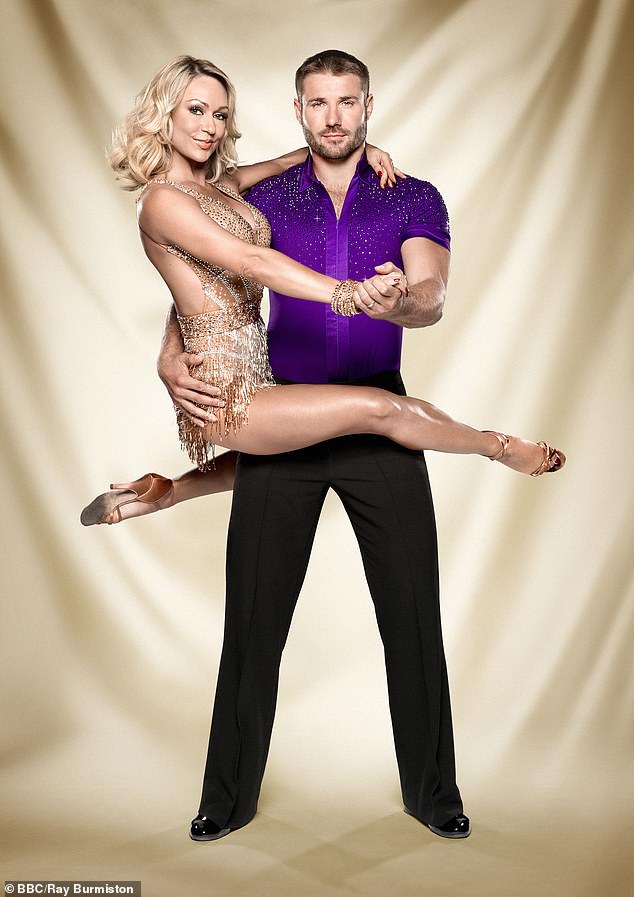 So does this mean that anyone who is in a relationship will break up if they take part in Strictly?

Far from it! Of all the hundreds of people who have taken part in Strictly, most haven’t been tempted by a dance-floor dalliance.

I don’t think there have necessarily been any more Strictly relationships than those that begin at the office Christmas party.

Although people talk about the Strictly curse, I don’t think anything is a curse — whatever happens.

And I don’t think you can have been madly in love with your partner if it only takes five minutes to fall for someone else.

But the Strictly dance relationship is intense, and if there are any weaknesses it will totally exploit them.

Those beautiful men and women are so brilliant at what they do. They have perfect bodies. They are thrown together with their celebrity partners in one of the most watched and talked-about shows on television. It’s a perfect storm, should there be any weaknesses.

My advice to any budding contestants who are in rocky relationships? Say no thank you, if Strictly comes calling. But if your relationship is secure? Say yes, yes, yes!