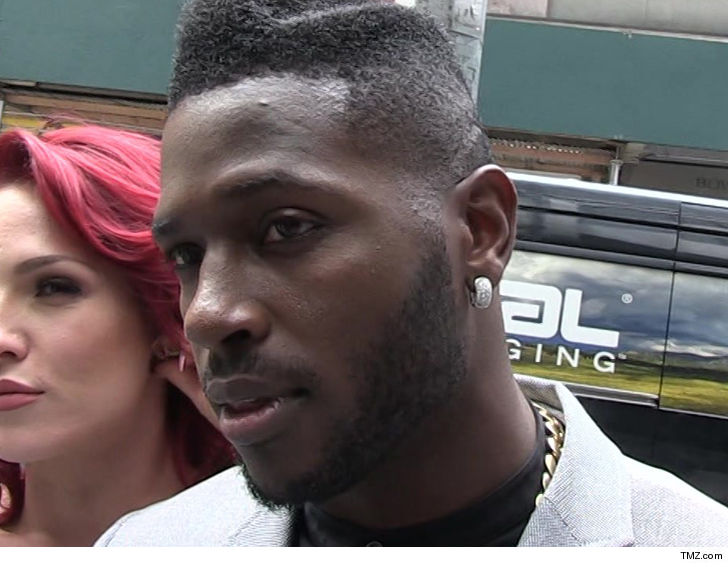 Antonio Brown went into a violent rage back in April and threw a bunch of furniture off the balcony of his 14th story apartment nearly killing a 22-month-old toddler … so says a lawsuit obtained by TMZ Sports.

The Pittsburgh Steelers star WR has been sued by Ophir Sternberg — who claims his 22-month-old son was walking around the pool at a high-end apartment complex with his grandfather when suddenly “large objects started to fall from the building many floors above them.”

Sternberg claims the items included 2 very large vases, a heavy ottoman and other pieces of furniture — which landed within a mere foot or 2 from the toddler and his grandfather.

One of the vases shattered when it hit the ground, the lawsuit says.

Security and police were called to the scene and determined the items came from Brown’s place — and the whole thing was captured on surveillance video.

Sternberg claims “Mr. Brown was extremely agitated, acting aggressively, and yelling at security personnel when [police] arrived to the scene.”

Brown also caused extensive damage to his own unit “in a fit of rage,” the lawsuit says.

Sternberg claims his child was terrified and traumatized by the incident — he has night terrors — and he’s lucky he wasn’t killed or severely injured.

He’s suing for assault and intentional infliction of emotional distress — claiming Brown acted “without regard for human life.”

We’ve reached out to Brown’s rep for comment — so far, no word back.