The legendary comedian took plenty of star-studded selfies when he went to Tony Bennett’s birthday party!

Andrew Dice Clay, 63, has never been shy about the material he tells on stage, but now he’s not being shy about developing bell’s palsy! The comedian and A Star Is Born actor took to Instagram on Wednesday August 4 to show that not even a half-paralyzed face would stop him from celebrating Tony Bennett’s 95th birthday! Dice posted a ton of photos to Instagram from the legendary singer’s birthday, where it was clear part of his face was paralyzed even though he wore one of his signature oversized glasses.

Even though it likely a little uncomfortable, Dice sounded excited about the event and even cracked some jokes. “Now I know I still got some bell palsy face… but nothin’ was gonna stop me from taking my sugahplum [sic] to Radio City Music Hall… Celebrating and listening to [Tony Bennett] on his 95th birthday,” he wrote in one caption. Tony took selfies with plenty of stars that went to the birthday show, including Steve Buscemi, his onscreen daughter from A Star is Born Lady Gaga, and of course Tony Bennett himself! In his last post, he raved about Gaga’s singing abilities. “She did a stellar performance from her burlesque old school moves to her absolutely powerful vocals. Cause it don’t mean a thing if it ain’t got that swing,” he wrote.

Of course, the Diceman hasn’t let bell’s palsy get him down. The day after he lived it up at Radio City, Dice shared a photo of himself performing onstage at Uncle Vinnie’s Comedy Club in New Jersey, saying that the medical issue wouldn’t get him down. “It don’t matter. Palsey face or not! Untouchable,” he wrote. 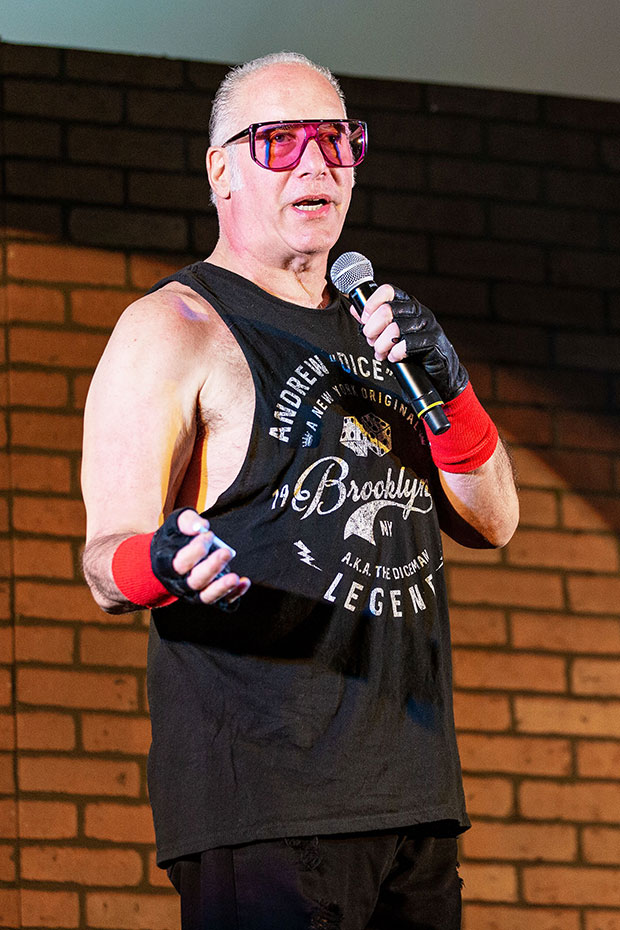 Dice also joked about the media attention he received for continuing to perform with Bell’s palsy. On Friday August 6, he shared a photo of a TMZ headline about him and joked that he outlet was his “new publicist.” The same day he shared a screenshot of the People story about his diagnosis, and quipped that it didn’t affect his good looks. “I really don’t understand why this Bell’s palsy thing has taken on a media blitz. It’s not like I tried to hide it. It’s a temporary issue, and I’m still just as gorgeous with it,” he wrote. He also called out news outlets for making it sound like he hadn’t been performing stand-up comedy, when he’s never left