Andrea Bocelli, who turns 64 today, is a married father of three and an acclaimed tenor with countless fans across the globe. His fame has brought him much attention, and he has more than been described as something of a “sex symbol”. Born visually impaired, in his youth Bocelli became completely blind. An accident while playing football left him wit a brain hemorrhage. This did not stop him in his career, however, and he went on to hold audiences with A-List celebrities and even the Royal Family.

In 2015, Bocelli revealed that he did not believe he was the “sex symbol” his fans claim he is, and how he knew his second wife was beautiful the moment he met her.

Asked if he knew the extent of his sex appeal to an audience he was playing to in Tuscany, he said: “I don’t think I am that kind of sex symbol, but if I am then I am very happy to be so.”

During the interview with the Daily Mail’s Liz Jones, Bocelli admitted he often found himself on the other side of conversations like this, as he has “always been very susceptible to the charm of women”.

While he had lost his ability to see by the time of meeting his second wife, Veronica Berti, he still described it as being “love at first sight”. 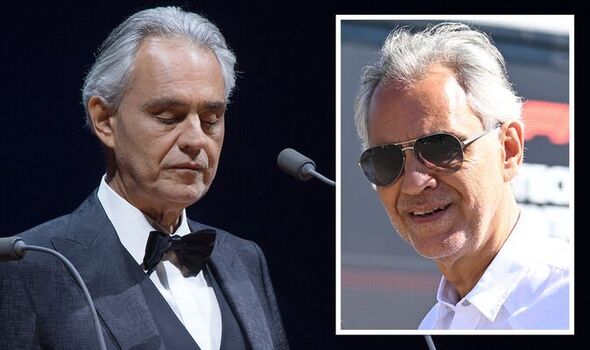 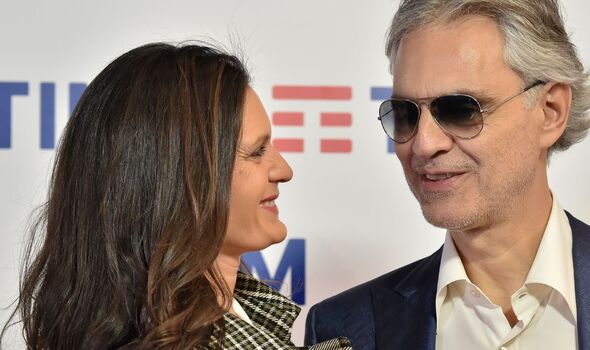 The feeling was mutual for Berti, who claimed she had never heard him sing before meeting him at a party when she was just 18.

At the 2002 event, 43-year-old Bocelli, who had just divorced his first wife Enrica Cenzatti, reportedly sang an aria to Berti in an attempt to woe her.

Soon after, the actress began working as Bocelli’s manager, building a friendship before announcing they were in fact dating.

In response to comments about the couple’s 25-year age gap, the famous tenor later noted: “Big age gaps are a tradition in my family – my own father and mother have one. Plus, I am very religious, and age difference is something you see a lot in biblical marriages.” 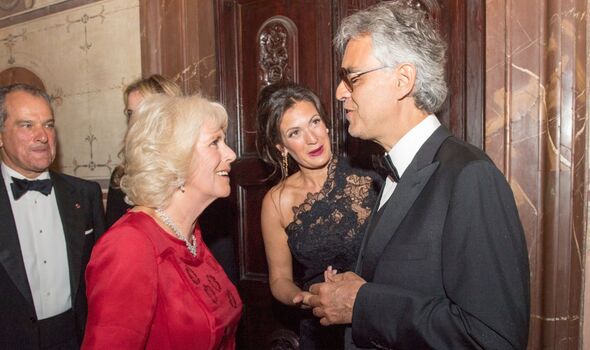 He told the Daily Mail: “If I hadn’t thought she was beautiful, I don’t think she would be here with me now.”

Berti gushed: “He is so polite, so gallant. I fell in love with him at first sight, and I hadn’t even heard him sing a note.’

At the time of the interview, the singer’s first child with Berti, Virginia, was just three years old and Bocelli shared he doesn’t “imagine” how his youngest daughter looks, saying: “I know it very well. I know her very well.”

He was born partially sighted due to congenital glaucoma but a blow to the head in his childhood during a game of football lost him his vision completely.

Despite this, he has refused to label his disability as an obstacle.

“She ignored their advice and carried on with my father’s support. Without their courage and faith I would not be here today to tell the story.”

But while the singer is much loved now, he was reportedly not taken seriously in the operatic world at first. 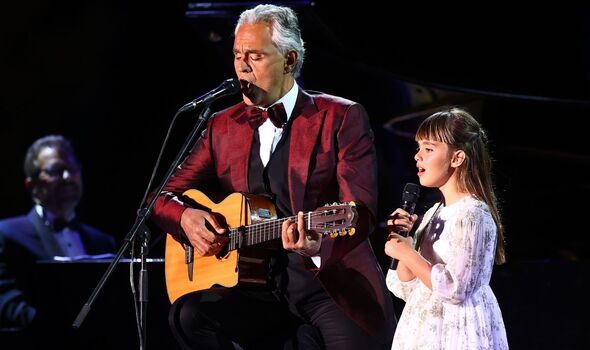 The evident combination of pop and opera influences in his work initially deterred other opera singers and critics from defining him as one of the greatest tenors currently working, but his dedicated fanbase and commercial success would largely say otherwise.

Retaliating against some criticisms, Bocelli viciously in a 2011 interview with Radio Times: “I read good reviews, but unfortunately the bad reviews are the ones that are broadcast.

“In order to make a criticism or judgment, a critic must avoid giving the impression that he or she is simply using the fame of the singer. You need critics with nothing to gain and nothing to lose.

The singer reportedly intends to retreat to the countryside of his native Italy, noting he hoped he would have the time to enjoy it once his “voice is used up and there are clear signals”.