This interview contains spoilers for the first two episodes of American Horror Stories, “Rubber(wo)man Parts One and Two,” which premiered Thursday, July 15 on FX on Hulu.

A huge fan of American Horror Story, Sierra McCormick was excited when she learned she was going to star in the franchise’s spinoff, American Horror Stories. In a conversation with ET, the former A.N.T. Farm star talks about extending the Rubber Man lore first introduced in Murder House and working with co-star Kaia Gerber.

Executive produced by Ryan Murphy, the weekly anthology series debuted with a two-part premiere set in American Horror Story season 1’s titular home, where Scarlett (McCormick) and her two dads, Michael (Matt Bomer) and Troy (Gavin Creel), have just moved. Not long after settling in, Scarlett discovers a latex bodysuit in a closet.

In familiar AHS fashion, horror takes over as Scarlett has trouble adjusting to her new school and a group of mean girls led by Paris Jackson, while her dads grow increasingly concerned about her troubling behavior.

While Murder House is McCormick’s favorite AHS season, what really drew her in here was Scarlett. “She was a character that was really interesting and would give me something fun to do,” says the 23-year-old, adding that Scarlett was someone a lot of people could relate to. “Not feeling understood or that you’re being validated or feeling like you don’t know exactly what your place is in the world yet, that’s a very universal feeling.”

On top of that, “the trauma that she goes through at the hands of the other girls, the extreme sort of way that she’s bullied and abused” is something McCormick could empathize with, revealing that she had “a hard time fitting in and a hard time relating to other people in school. “You know, middle school girls can be awful.”

She adds, “What happens to her and how it motivates her later on was something that was relatable to me.”

Of course, that’s where any similarities end as Scarlett dons the Rubber Man persona and murders her classmates before later falling into a twisted romance with another ghost stuck in the house named Ruby (Gerber). 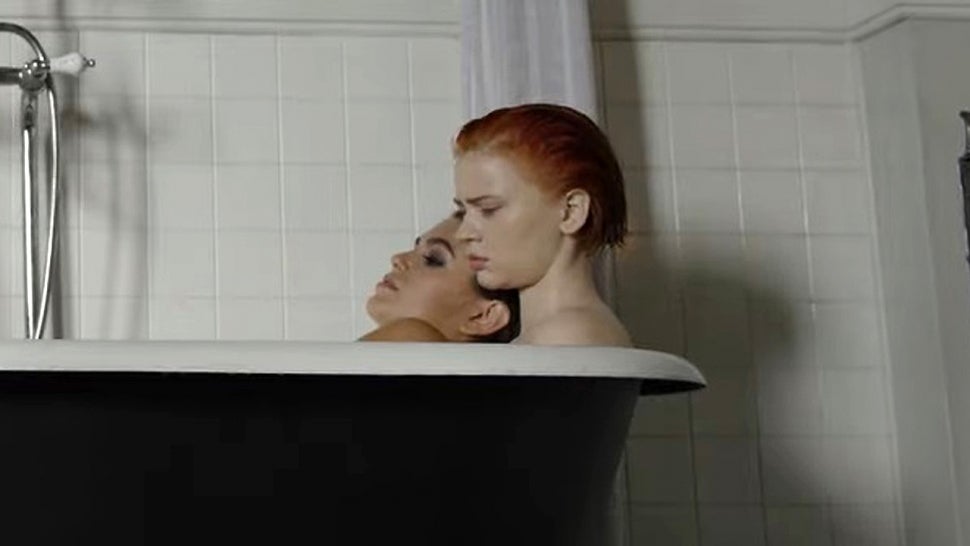 When the trailer for the series was first released, Gerber’s liplock with McCormick made headlines, which is the last thing McCormick thought would garner any attention. “I didn’t really consider that it might be more notable than some of the other stuff,” she says. “But it was a really wonderful experience. She’s awesome, and she kicks a** in this considering it’s her very first role. I wish I could have done half as good as her in my first role.”

What’s actually more notable is the centering of LGBTQ characters in this franchise, which has always featured various queer characters and a number of out performers in its cast. But the two-part premiere sees Scarlett fall in and out of love with Ruby.

“Horror as a genre is really pushing past a major boundary and elevating itself. It’s also making way for more different kinds of perspectives,” says McCormick, who also stars in We Need to Do Something, another LGBTQ-centered horror project. “People are just really excited to see a version of themselves represented. Horror hasn’t always had the best reputation for people of color, LGBTQ people, women at large. And I think the fact that it’s moving almost in the opposite direction, [and becoming] a space for those kinds of voices is great. I’m just really happy to be a part of it.”

She’s also excited about taking on more mature roles, which also includes the Amazon film, The Vast of Night. “It’s just sort of tied closer to who I am now and who I’ve become over the last year,” she says of her work, adding that she hopes her fans from her Disney days will appreciate what she’s doing now as they grow with her. “It’s been enough time that they’re definitely old enough to watch American Horror Stories now. So I hope that they can appreciate that they get to see me in a different light.” 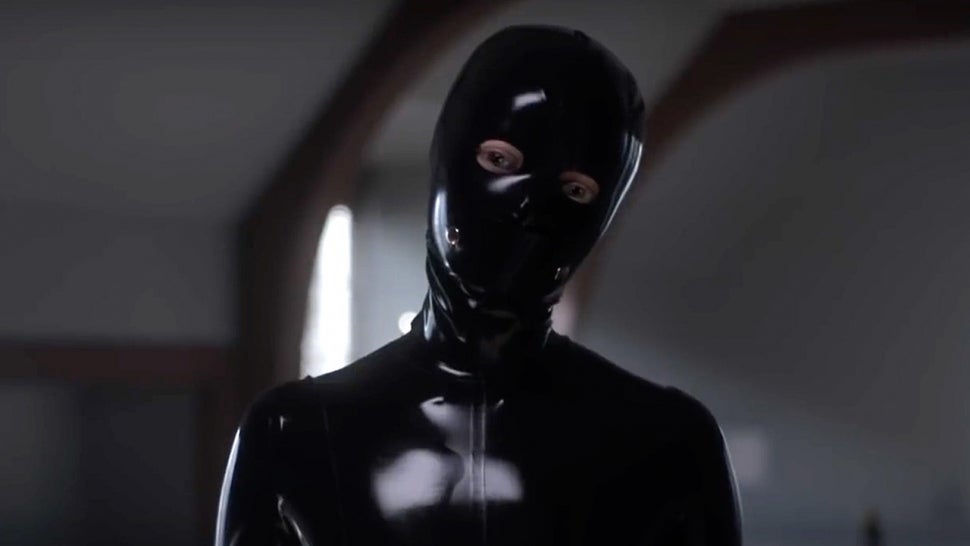 While it still hasn’t quite registered what it means to be part of a franchise she’s adored for so long, McCormick is happy with what she got to do in her two episodes. “To cross the threshold and enter into this whole new world as Rubber Woman, that was the most satisfying thing to do in terms of Scarlett’s character,” she says.

Since first appearing in Murder House, Rubber Man has been portrayed by Evan Peters, Dylan McDermott, Zachary Quinto and Cody Fern. When it comes to extending the character’s legacy and being the first woman to take on the role, McCormick tried not to think too much about it. “Because I knew I would psych myself out if I thought about it too much when I was filming,” she shares. “So I tried to just push that from my mind and keep focusing on Scarlett.”

And the costume itself was “actually pretty comfortable,” McCormick reveals. “It’s very stretchy and it’s very forgiving.” It was actually more of a task to get in and out of it. “You have to cover your whole body in lube so it’ll slide on. And then you have to arrange it and get it into place.”

But when it comes to following in the footsteps of her predecessors, “I’m in some pretty good company,” McCormick muses.