Maroon 5’s Adam Levine showed off a new ‘do while shirtless in Los Angeles, cementing his celebrity status with a punk-rock edge.

Icy hot! Superstar Adam Levine was spotted with a brand new hairdo on Monday, October 4, swapping his recently buzzed, chestnut brown hair for a grown-out, electric blue. The Maroon 5 front man opted to go shirtless for the outing, also showing off his numerous, head-to-toe tattoos. Adam paired his new look with a silver chain necklace and white gym shorts with a blue design on the right side, a black outline on the other. He also wore light blue sneakers, seemingly chosen to match his cool blue hair. 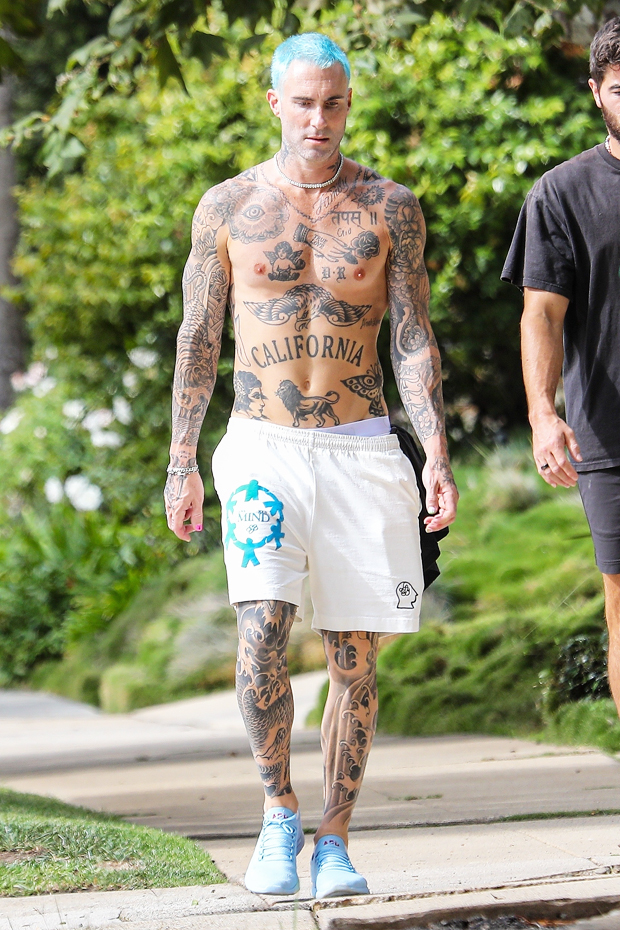 This isn’t the first time Adam has gone shirtless, but it’s definitely the first he’s gone blue! The rock star certainly isn’t afraid of more adventurous styles (look at all those tatts!), but he typically (well, usually) only sported his natural hair color in the past, seen below with a buzz cut and beard, before he opted for punk rock blue. 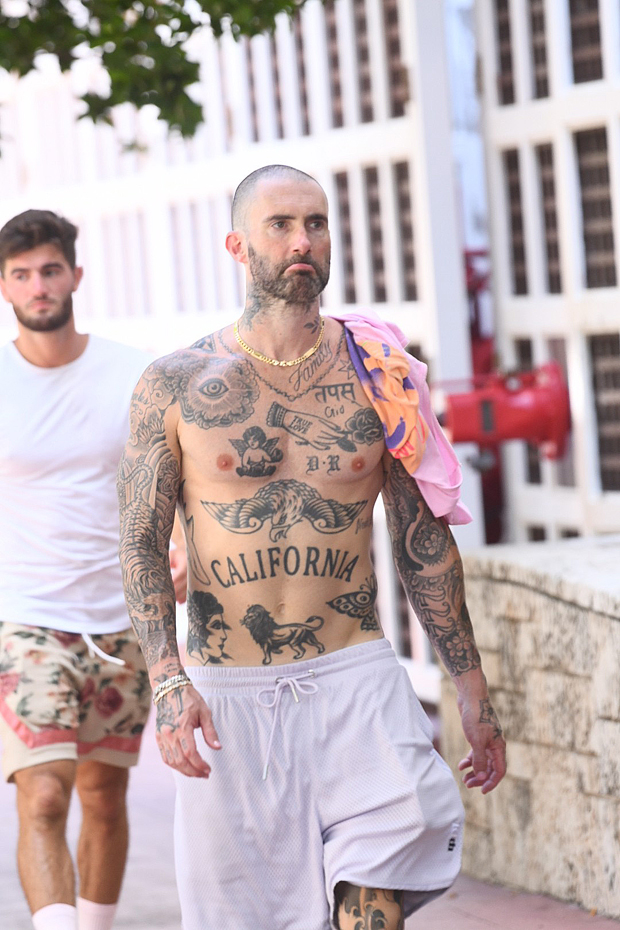 Although the former Voice judge doesn’t change up his hair color much, he definitely loves to walk around with his chest on display. He was seen in Miami in July leaving the gym in only his gym shorts and sneakers and rocked the same shirtless style on a Hawaiian vacation in June. The “Moves Like Jagger” singer may have changed up his hair to look cold as ice, but his body remains on fire!

Even when he’s not working out shirtless, Adam has still kept very busy. He released Jordi, his seventh studio album with his band Maroon 5, on June 11. The record featured numerous well-known artists, with collaborations with “Savage” rapper Megan Thee Stallion, iconic Fleetwood Mac star and rock singer Stevie Nicks, and many more. The album also featured posthumous contributions from rappers Juice Wrld and Nipsey Hussle. Maybe Adam just loves working out in general, or maybe he’s been staying fit for his band’s tour, which kicked off on August 10.